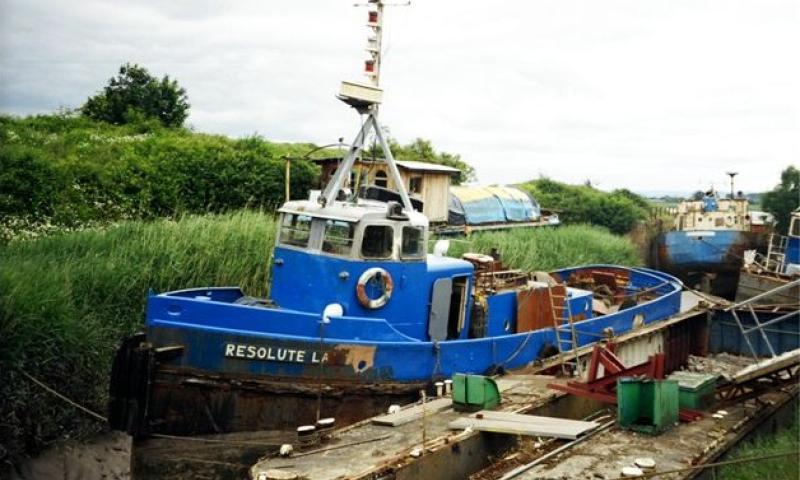 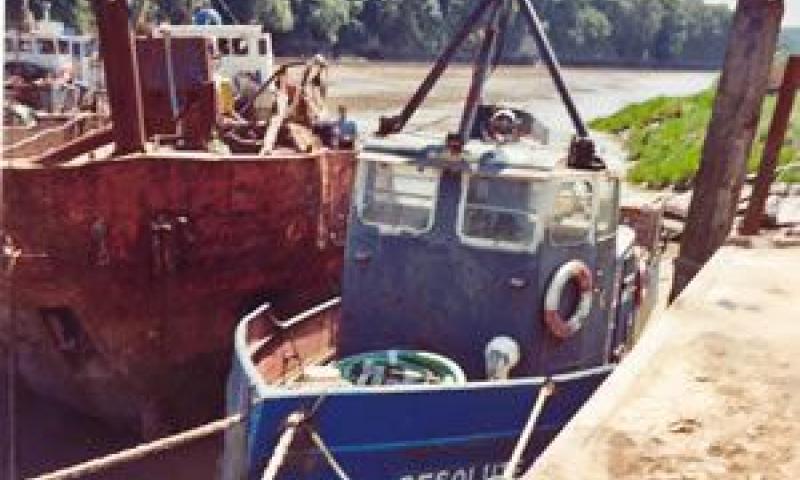 This vessel, launched as RESOLUTE, is the last surviving motor tug of those built at G. K. Stotherts of Bristol and is the oldest working tug in the UK. She was commissioned by the Sharpness Dockyard Company to pull ships of a thousand tons and it is believed that she served initially on the River Avon between Bristol and Avonmouth. However, her steam engine weighed so much that her draught proved too deep for the river and she became clogged up with mud. RESOLUTE‘S original engine was a Stothert, but this was scrapped during a refit in 1957. A large Ruston & Hornsby engine was installed as a replacement and this was eight feet high with six cylinders. It puts out four hundred horse power with a dockside pull of four tons. Two Riston ancillary engines charge her compressors, hydraulics, water pump and batteries. Following this refit, she was used sparingly and then was hit by another boat which sank her. She was finally rescued by Fred Larkham, who raised her, brought her back to working order and kept her until 2001. The present owner found her in 2002 and plans to restore her to a condition in which she can operate commercially again. Although her body is generally sound, some sections are rusted out and will need repairing. The wheelhouse does not appear to be original, but all the superstructure remains in place and much of the hull has survived. Some modifications have been made to the gunwales, and here it is possible to see that the hull is of one inch thick riveted steel plate.