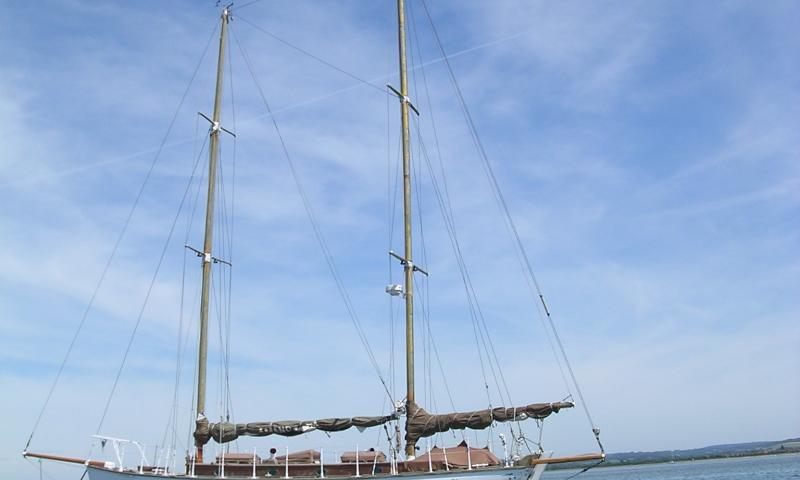 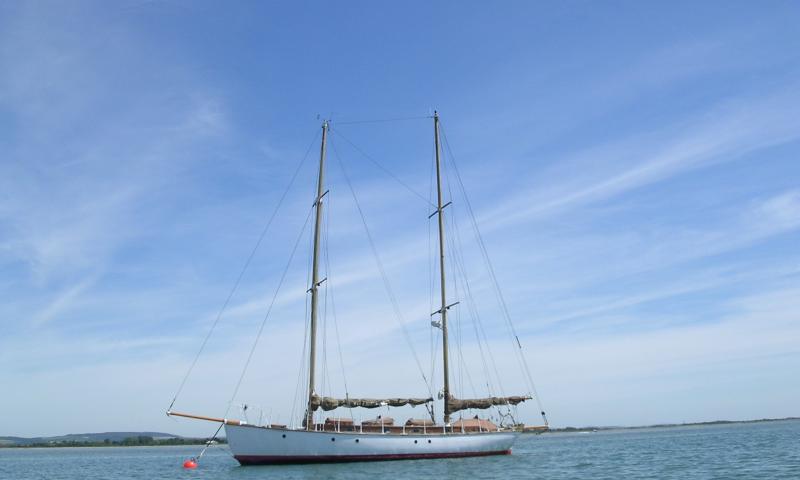 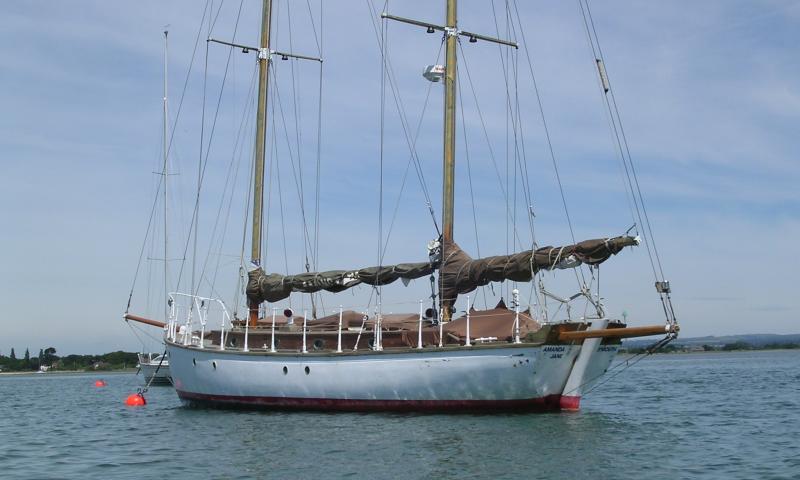 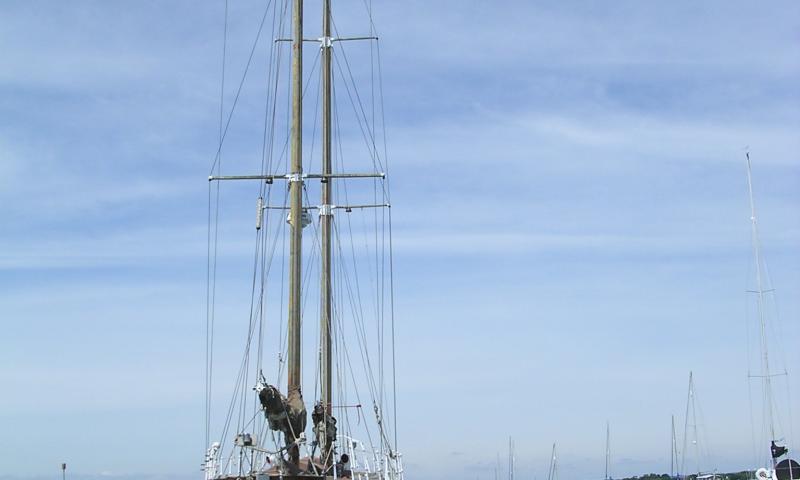 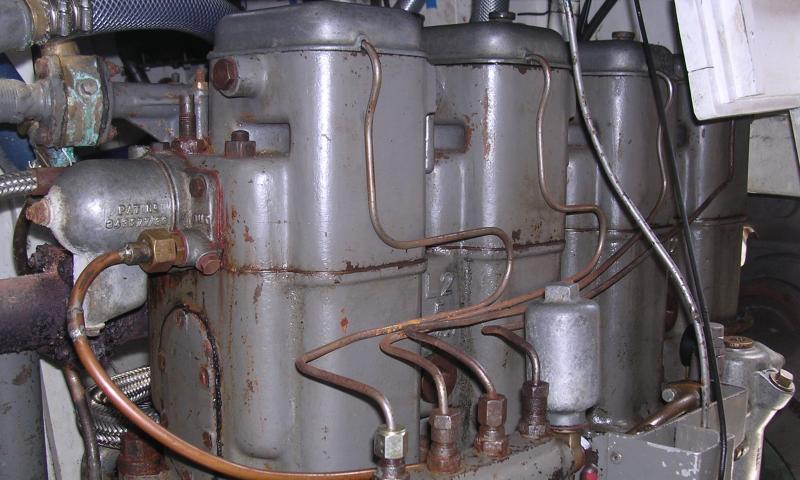 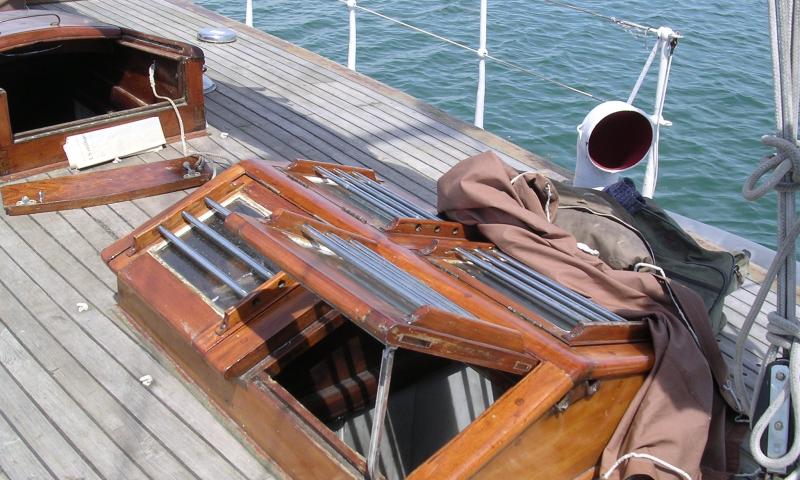 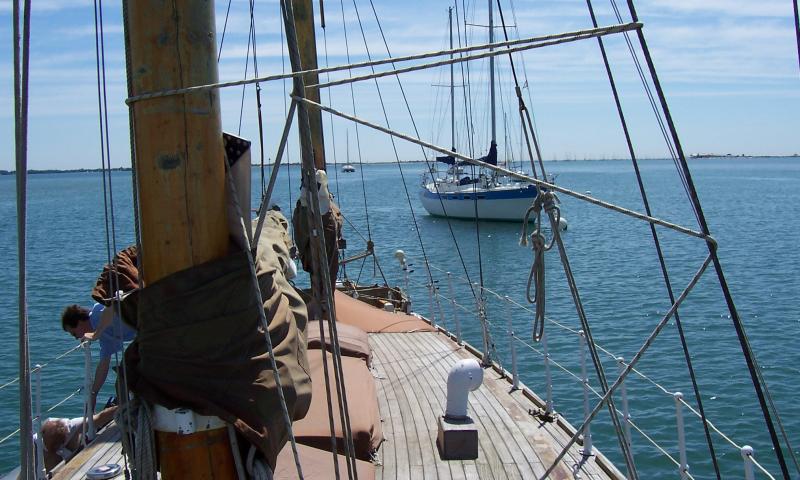 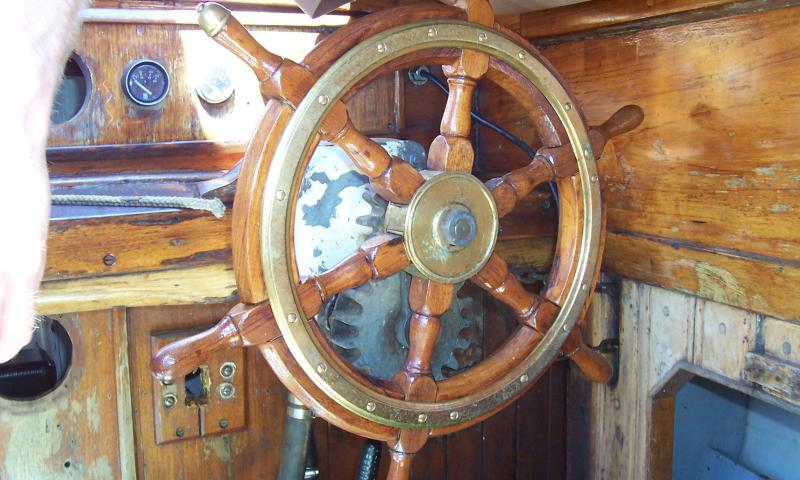 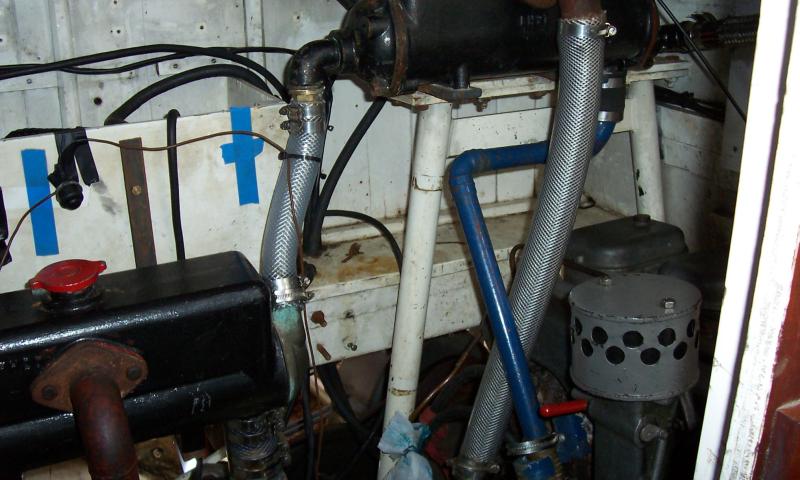 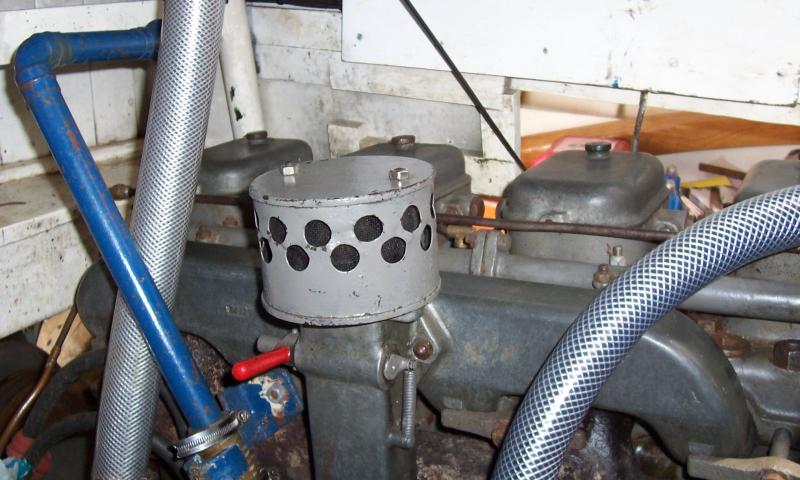 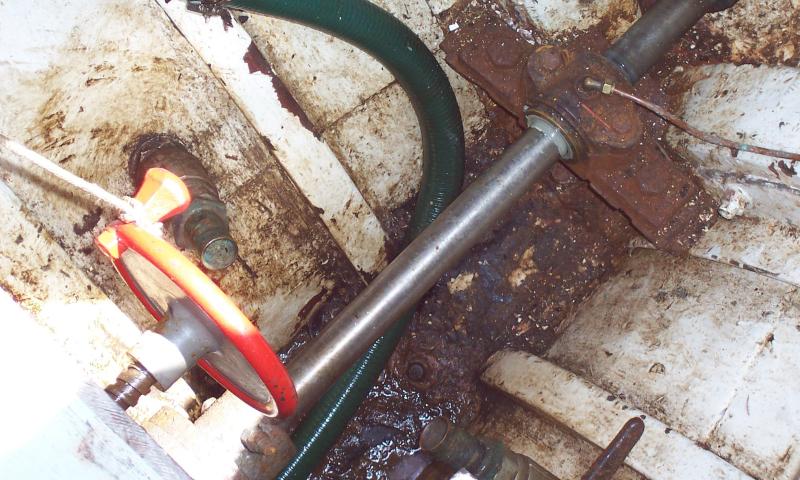 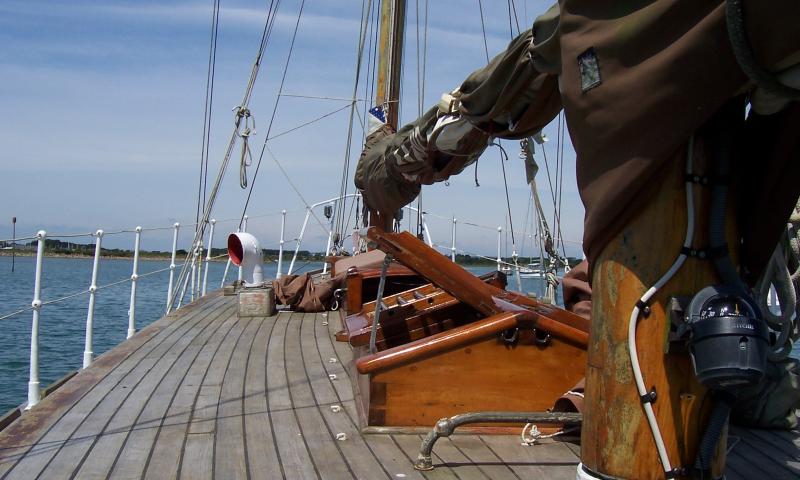 This vessel was built as AMANDA JANE OF HASLAR and was a wedding present for William Paisley. Designed as a motor sailor, she had a sailing hull with a ketch rig, complimented by a powerful Gardener diesel engine. Her speed of eight knots under power was well above average for a sailing boat of this size and may have had some influence on the events which followed. In 1939, she was commissioned by the Royal Navy as a degassing tender and then as a minesweeping auxiliary in the Clyde. She was decommissioned in 1954 when the Navy removed her masts and rigging and sold her to a family in Cheltenham. She was taken south to the Solent and re-rigged with a bigger sail plan and bowsprit. This improved her performance and she became a familiar sight on the south coast under a new name of SALVATION JANE. In 1960, she was bought by the Isle of Wight Master of Hounds and re-named GAY FOX. With the improvements in sail design after the War, she was still considered under-canvassed and difficult to manoeuvre in light winds. Nevertheless, she remained popular with her owners and continued to sail regularly in the Solent area. GAY FOX was eventually laid up in a Bristol yard in 1981 when her owners were unable to find a buyer for her. Her present owner discovered her there in 1983 and, after a two year re-fit, she was transformed back to her original condition. However, she continued to be hampered by lack of sail power. The introduction of new regulations regarding stability and safety meant that GAY FOX needed more work and a decision was made to undertake a second major refit in 1992. Two years later, she emerged modernised and able to sleep nine people in conditions of considerable comfort. Externally she retains ninety per cent of her original appearance but the long awaited additions to her sail plan have now been incorporated. The conversion to a full schooner and the addition of a stern sprit have increased her sail area and revolutionised her overall performance. With her name changed back to AMANDA JANE, she currently operates as a fully licensed charter yacht. 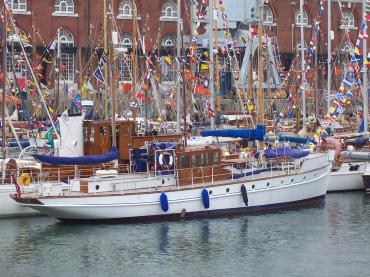 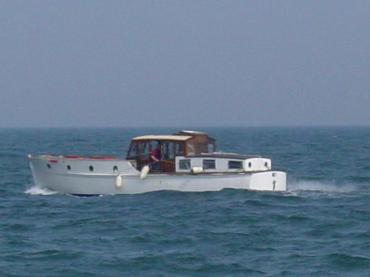