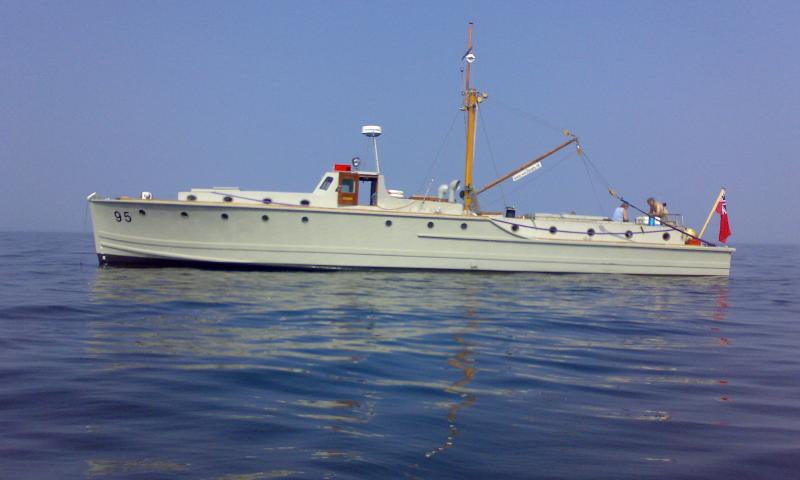 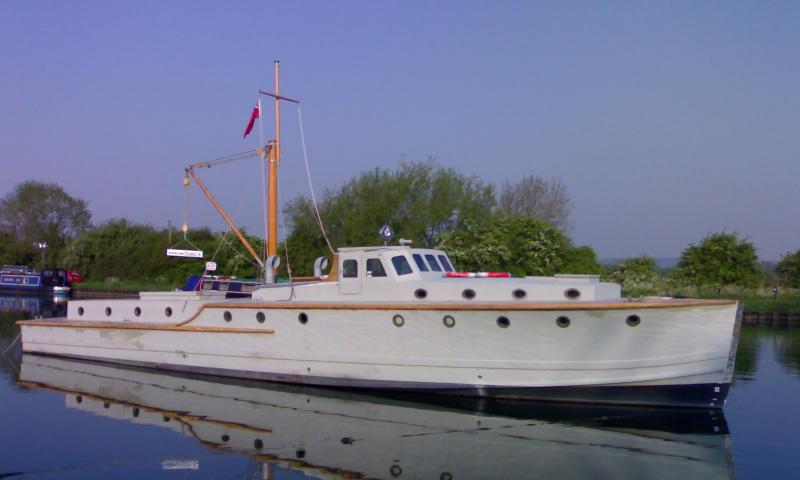 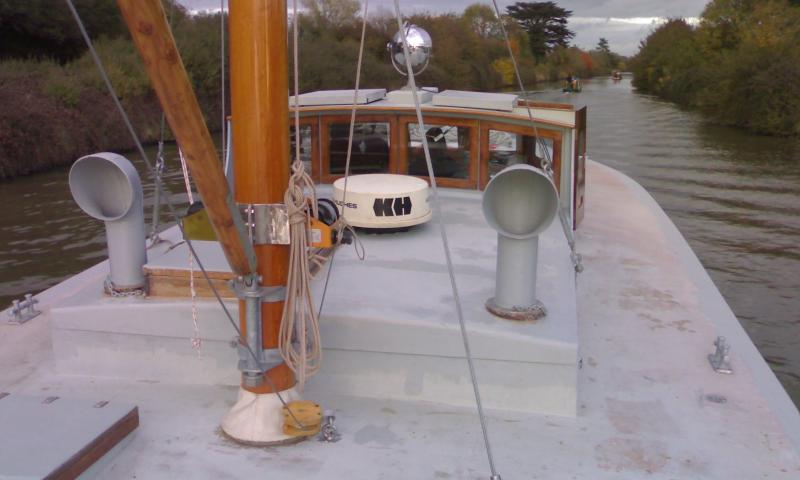 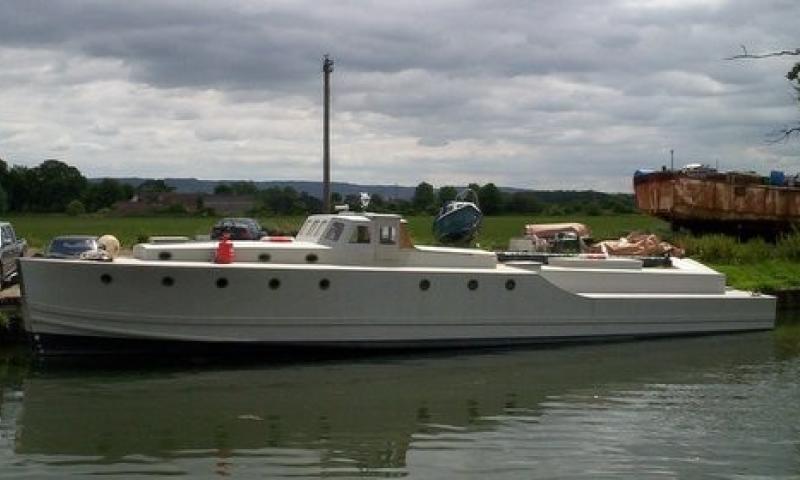 This vessel was ordered by the Admiralty from Watercraft Ltd in March 1941 and was known as number 4195. Once complete, 4195 was adopted by Fleet Air Arm personnel and then went on to serve at RNAS Condor in Arbroath during the Second World War. On 14 July 1946, she was listed for disposal, but was actually sold out of service in 1948 and taken on by the Scottish Seaweed Research Association. It was the Institute of Seaweed Research who named her ASCO and registered her with Lloyds Register of Shipping; an entry which indicates that by this time she had one less engine and shaft than when built. Timbercraft Ltd of Dumbartonshire acquired ASCO in 1956, but kept her for only one year before she was bought by Richard Sinclair Wilkins of Hertfordshire. He took ASCO to Falmouth and converted her into a motor yacht for his private use. In 1959, her name was changed to MONKSWOOD and she retained this name when purchased by Frank Vinnicombe of Mylor Creek, Falmouth in 1972. Under his ownership, she was used for shark fishing and Frank reported that ‘she could make the Eddystone Light in one hour – a distance of sixteen nautical miles’. In 1989, she was sold again and moved to Bristol and her current owners discovered her moored on the Gloucester and Sharpness Canal. In recent years, MONKSWOOD has been restored to a high standard, with eighty percent of the work now completed. The majority of her structure has been rebuilt using both old and new techniques and the project continues to bring her back to fully operational service. She is the only remaining FSMB (Fast Seagoing Motor Boat) and, as such, is a significant part of Britain’s naval heritage. 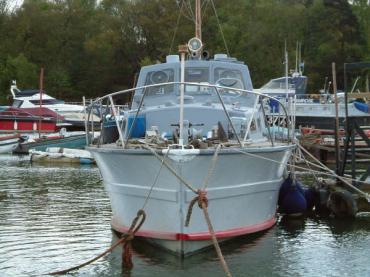