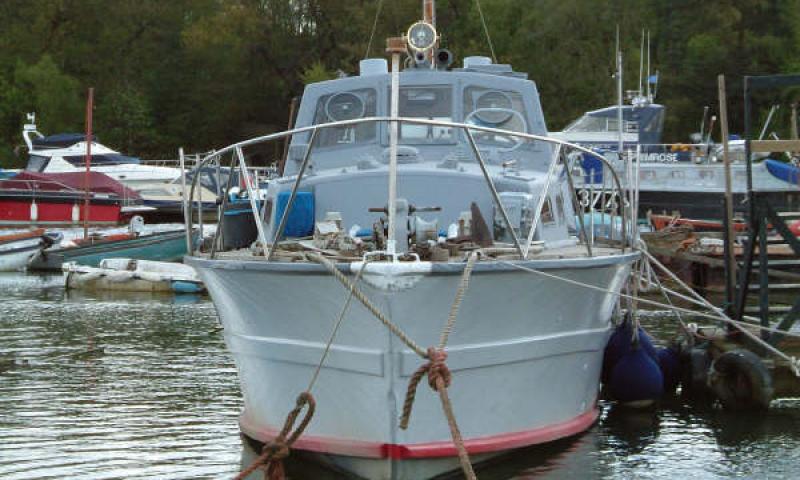 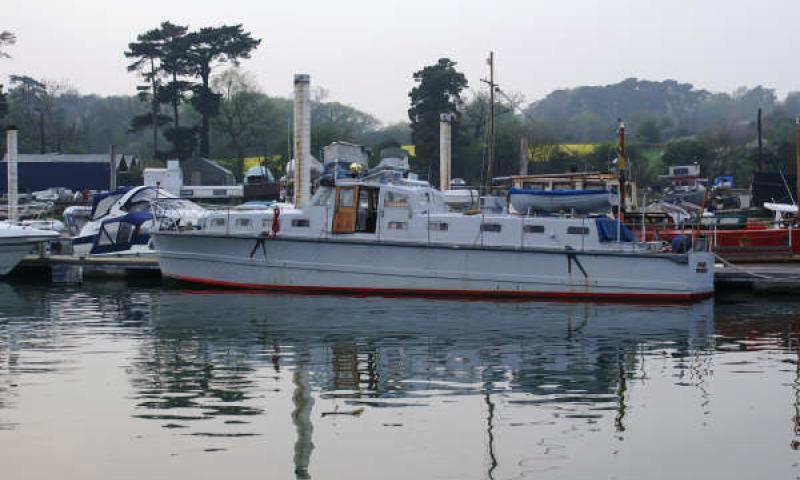 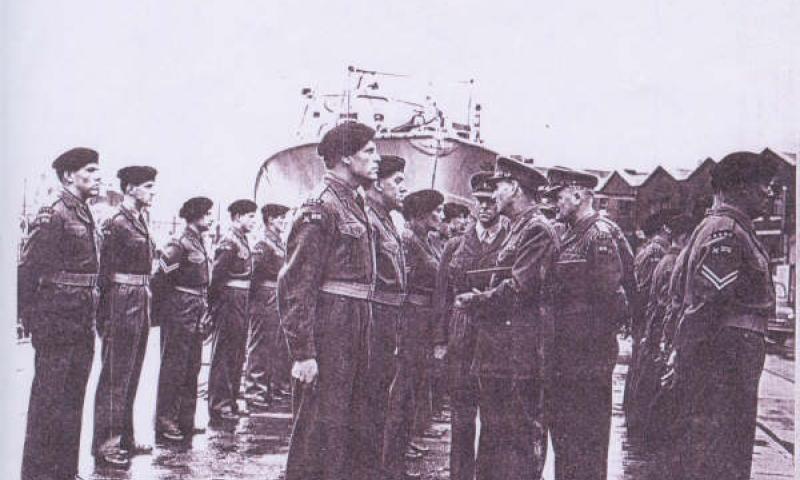 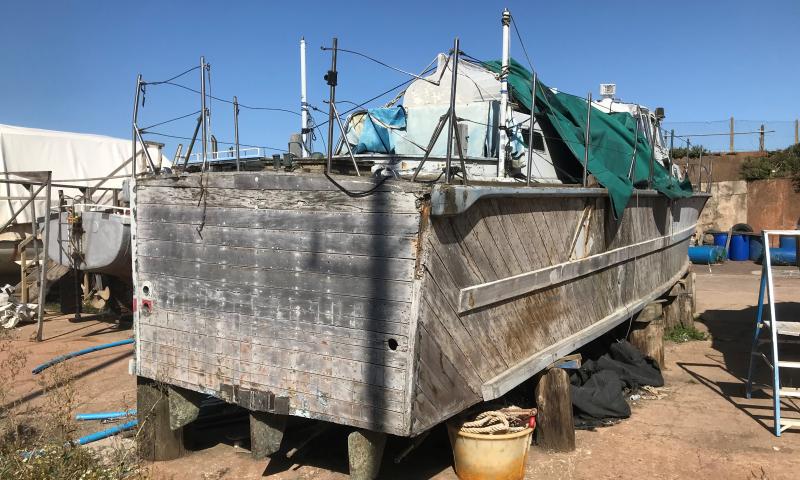 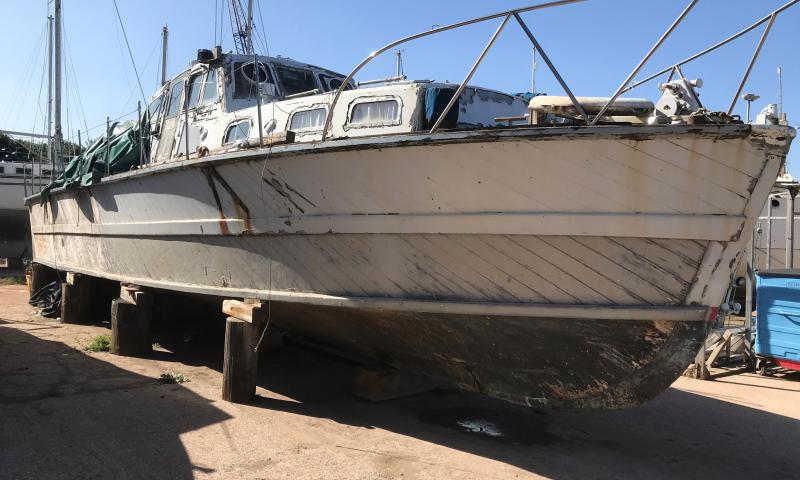 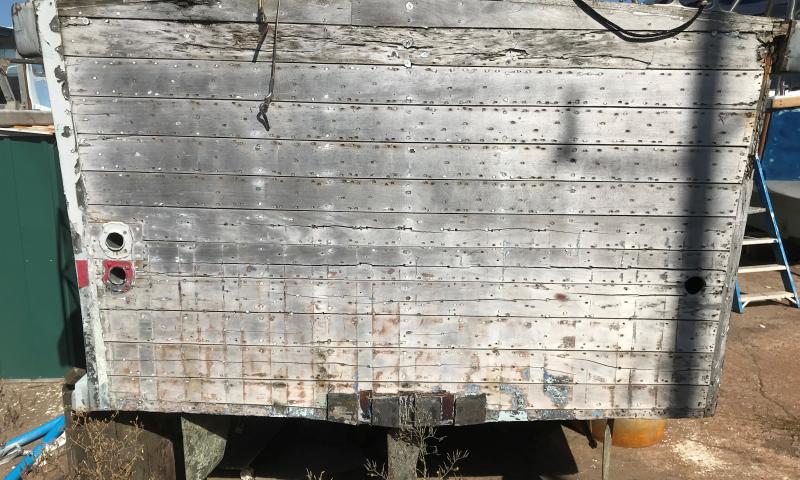 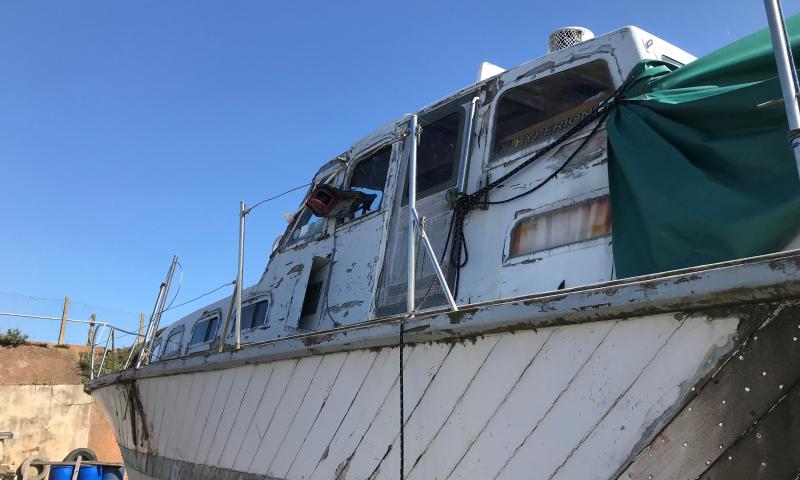 Built in 1943 by J Samuel White of Cowes, Isle of Wight, HYPERION is a Derby Winners Class Fast Launch of double diagonal timber construction, with 3 Perkins diesel engines of 120 hp. She became part of the War Department fleet and, while based at Falmouth, was used to carry agents to occupied France. Later she played a large part in the D-Day Normandy landings. She was one of only two Fast Launches sailing with the advanced units of the invasion fleet and was the smallest craft to reach Normandy on D-Day under her own power. After the initial assault she was used as an Army Taxi, transporting officers between ships and the beaches. In August 1944 she was ordered to stand by for a party of VIPs and was boarded by King George VI and Mr Anthony Eden, then Foreign Secretary. Later, she took part in the liberation of the Channel Isles from German occupation and subsequently, after the war, she had a variety of duties based at South Coast ports. By the mid to late 1960s she was transferred to the civilian fleet and operated out of Weymouth. HYPERION is one of only five remaining in her class and is the only one in almost original condition with three engines in situ. 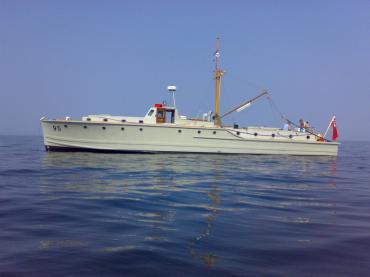