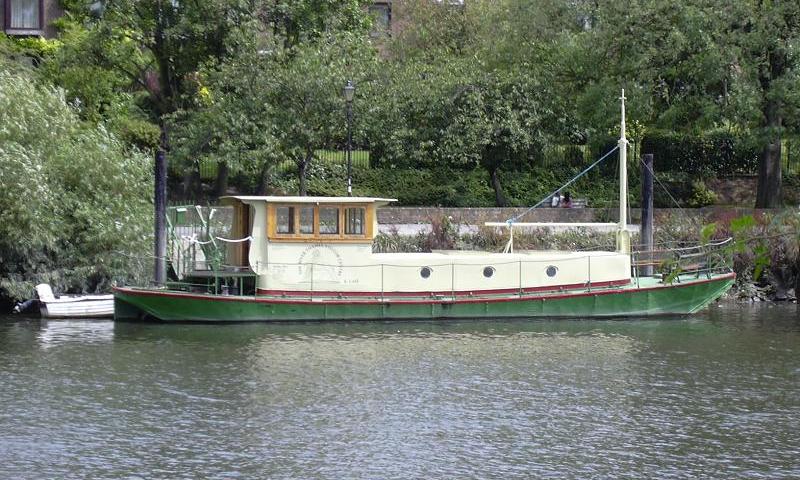 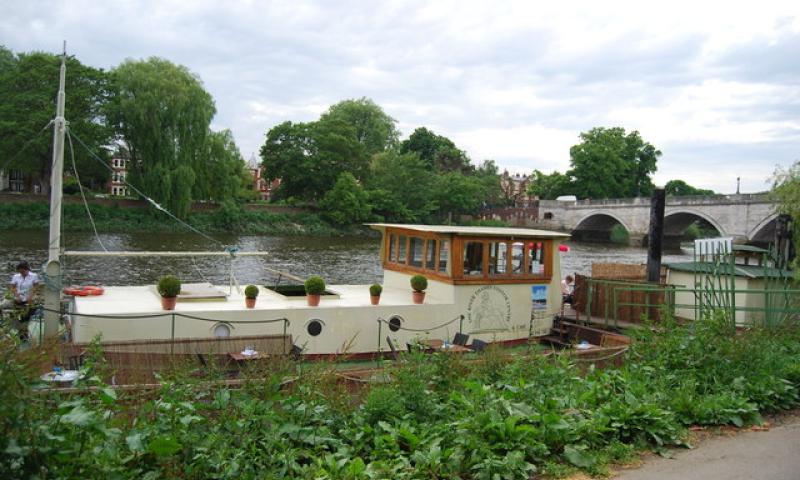 RIVER THAMES VISITOR CENTRE has undergone considerable maintenance work to the hull and a new steel super-structure has been added to accommodate her change of use as a visitor centre.

The vessel was built in 1900 as one of twelve Victorian Thames lighters. They were each named after one of the children of King George III, with this vessel being named for Prince Adolphus who was created Duke in 1801. Lighters and barges were a common form of cargo transport on UK rivers and estuaries and there are many different types of these surviving today on the National Register of Historic Vessels (NRHV). However, RIVER THAMES VISITOR CENTRE has a level of significance as the sole survivor of the Duke class and one of only two similar Thames lighters on the NRHV. This gives her a regional significance which is heightened by her heritage setting on a mooring that has been in existence for over 100 years.

RIVER THAMES VISITOR CENTRE was built of riveted steel plate. The hull retains its original form and internally has been left exposed so that the riveted construction can be viewed by visitors.

Built in 1900 as one of twelve Victorian Thames Lighters, RIVER THAMES VISITOR CENTRE is a man-powered barge of steel plate construction. These lighters were each named after one of the children of King George III and THE DUKE OF CAMBRIDGE was named after Prince Adolphus who was created Duke in 1801. The lighter's current historical signicance is based on its comparitive rarity - she is a surviving example of a type of barge once extremely common on the Thames, but now is probably the sole survivor of the 'Duke' class. Today, she is based at Richmond on Thames and used, as her name suggests, as a 'not for profit' project which aims to raise awareness of River Thames issues and to be an educational resource. 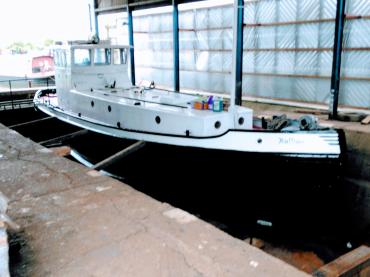