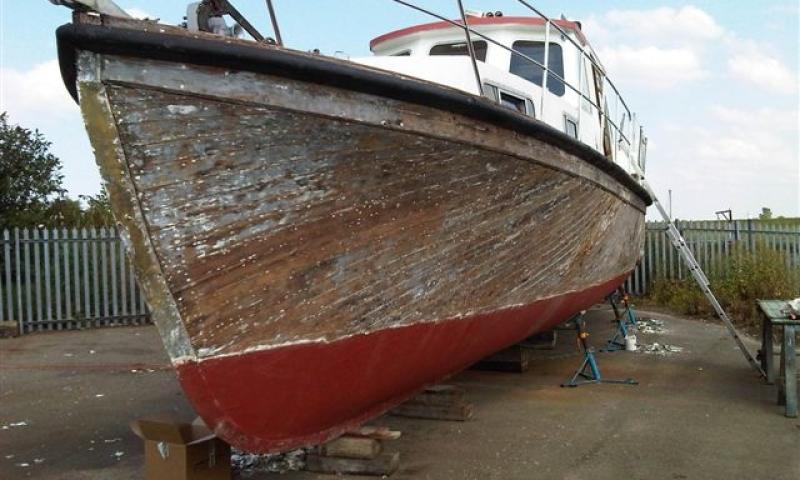 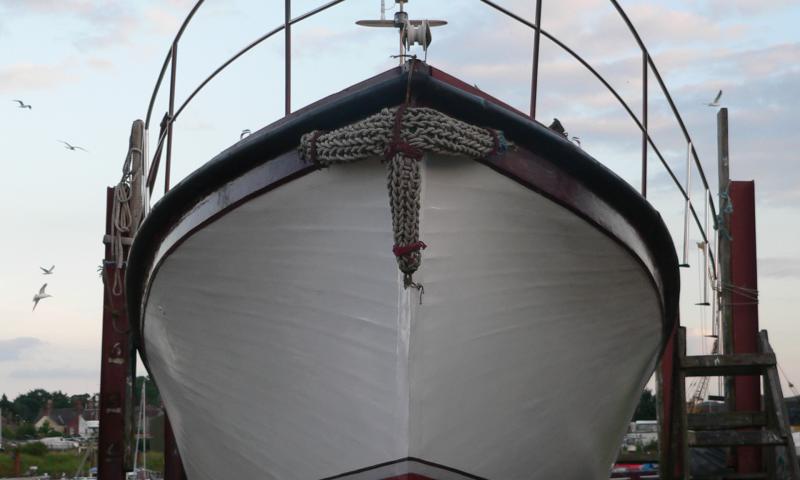 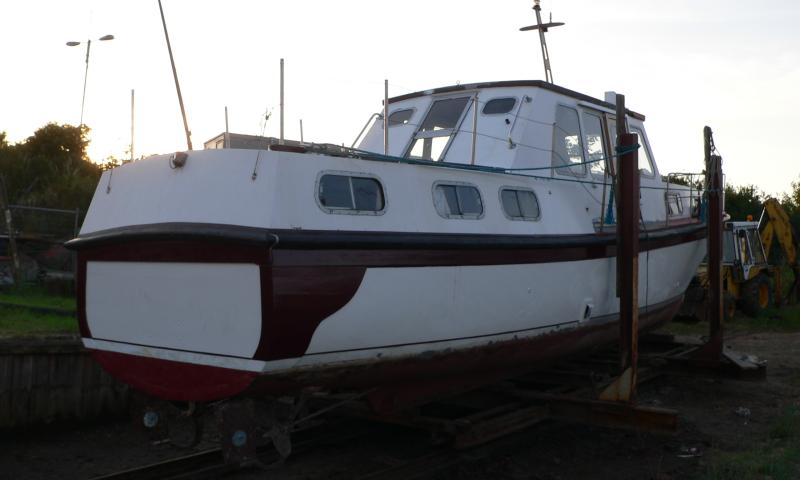 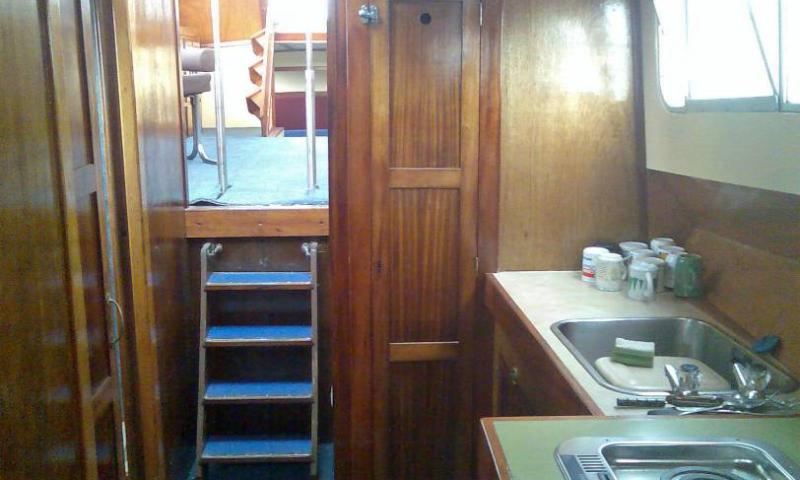 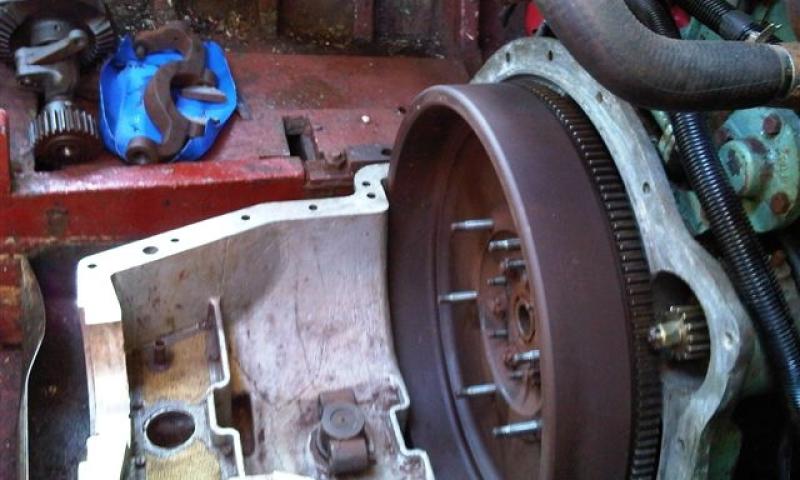 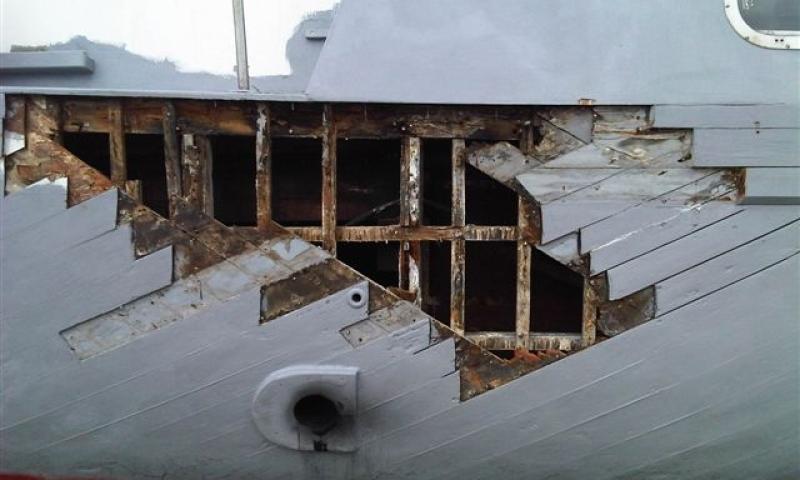 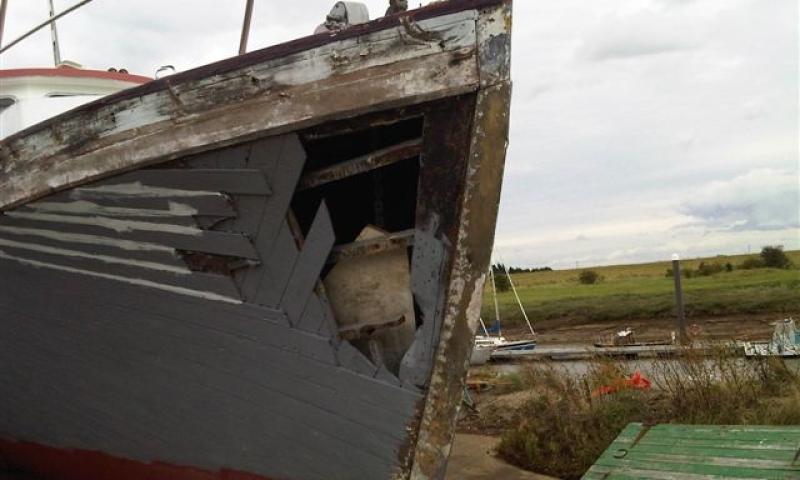 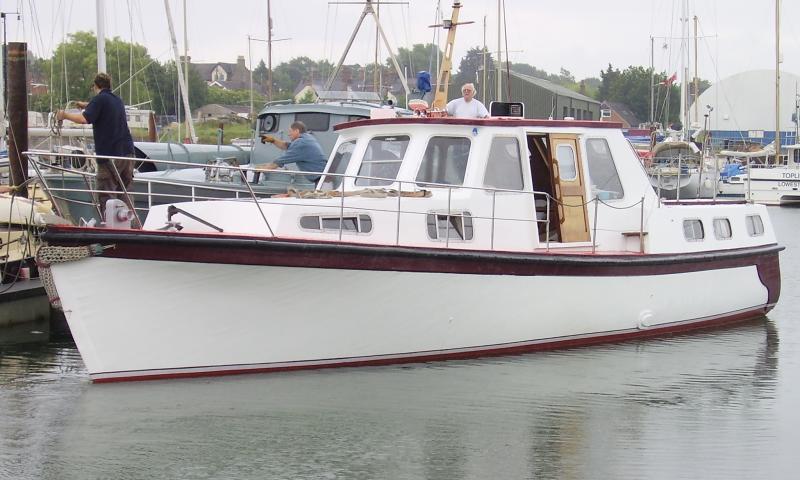 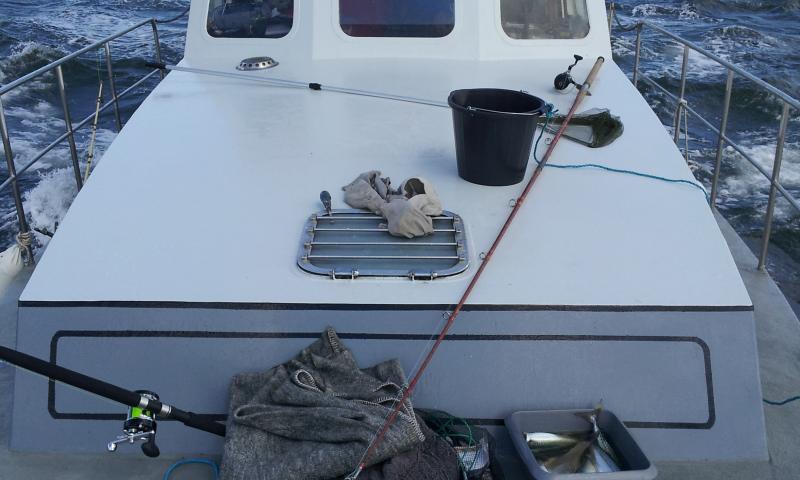 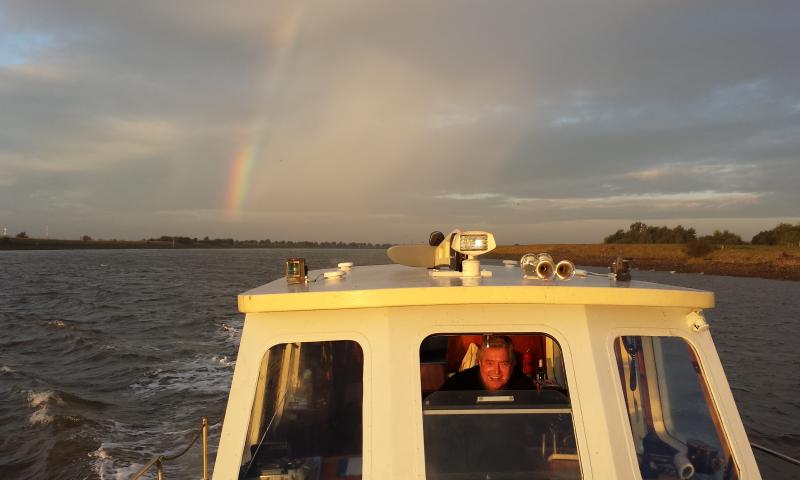 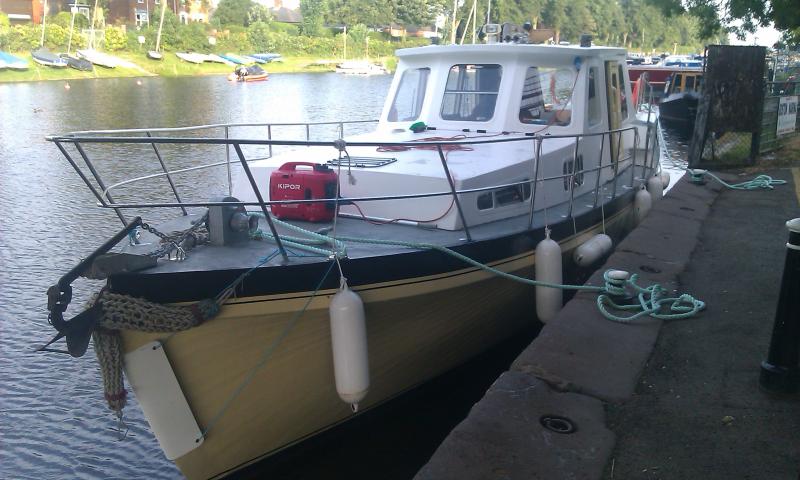 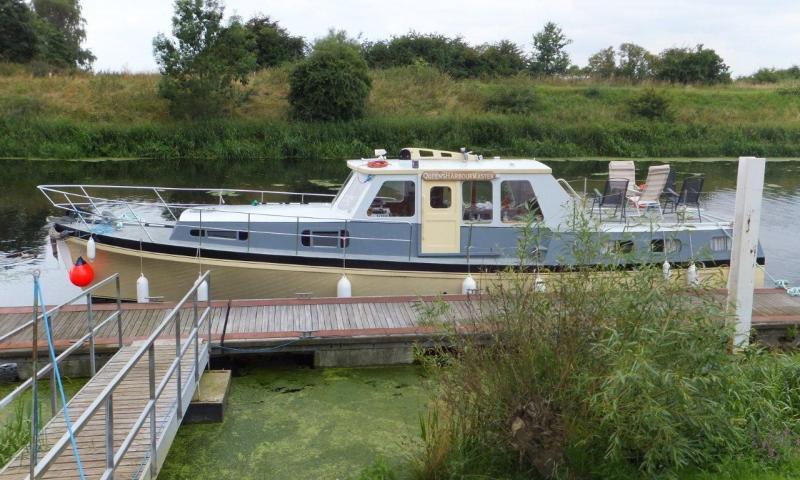 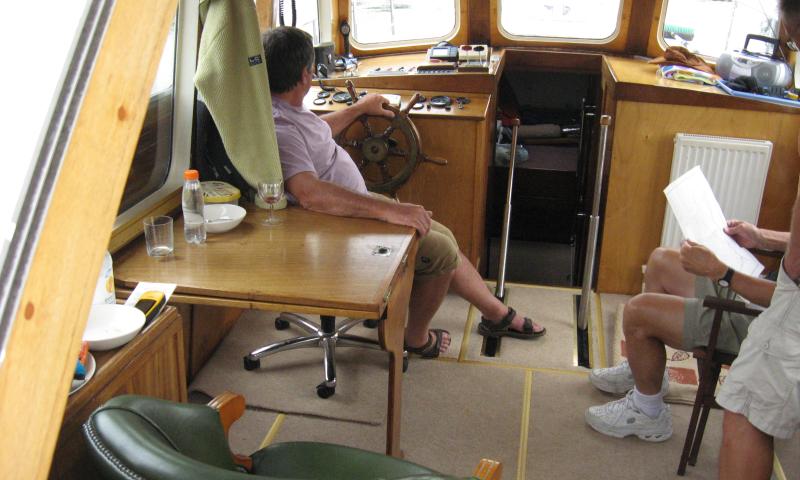 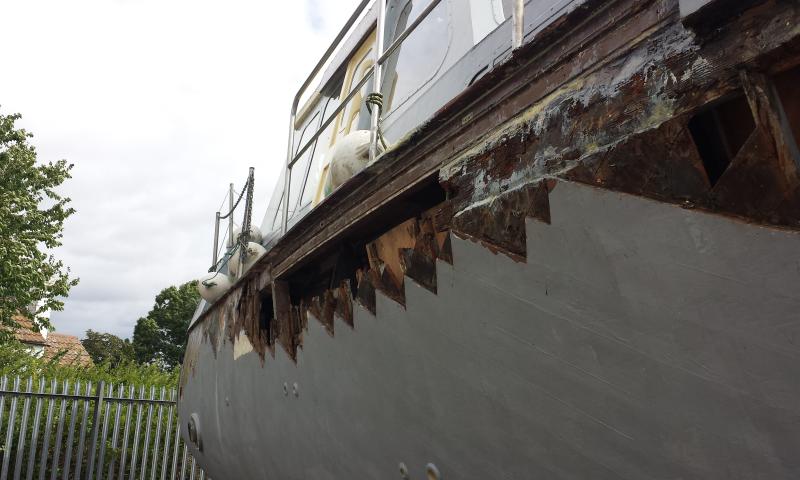 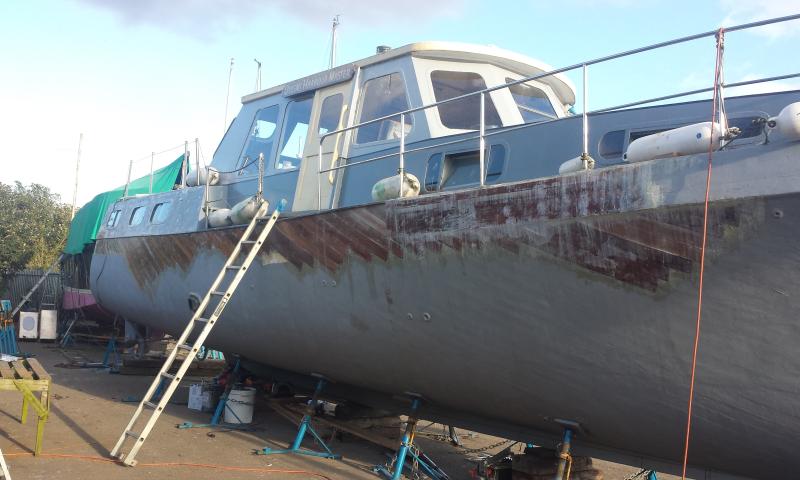 Built in 1943 by John Thornycroft in London, WHITE LADY is a medium speed picket boat of double diagonal timber construction with 2x61w Gardner diesel engines. Built for the Royal Navy, she was stationed at Port Edgar (HMS LOCHINVAR) from 1943 to 1968. After a spell in navy reserves in South Wales she became the Queen's Harbour Master's Launch in Devonport. She was sold out of service in 1981 to Brundall in Norfolk and was bought by her present owner in 2008. She is now fitted out as a Motor Cruiser.

Bought by her new owners in July this year and transported her from Ramsgate Marina to Dover. Unfortunately she suffered damage to the planking when being lifted from the water and further investigation revealed considerable damage to some of the ribs.  Since then her frames, ribs and the double diagonal planking on the starboard aft side have been replaced.