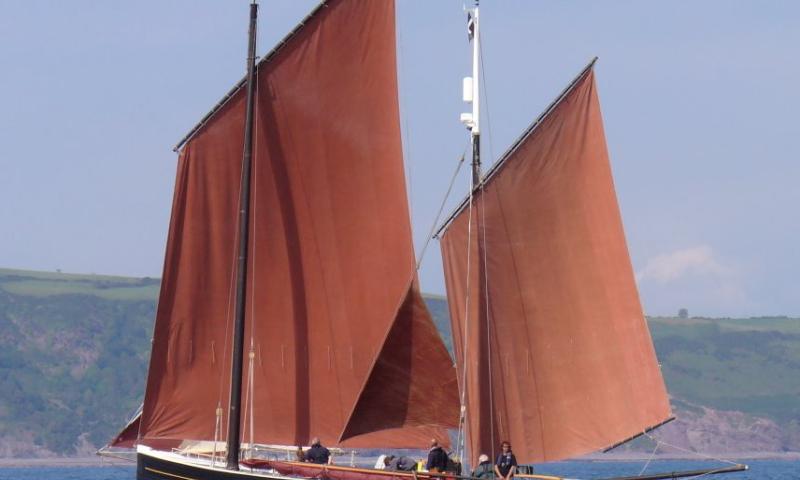 HAPPY RETURN (FE 5) was built at Kitto’s Yard, Porthleven, as a Mounts Bay pilchard driver for John Warman Saunders of Folkestone to replace his previous Cornish lugger GOOD INTENT which was lost in a gale off Folkestone in 1904. All three crew (the owner and his two sons John and Edward) were saved and the name of the new lugger celebrated that fact. In February 1916 an 8hp Kelvin auxiliary engine was fitted to HAPPY RETURN. On 22 February 1929 John Thomas Warman Saunders took over ownership from his father, who had died.

From 9th June- 14th June 1940, HAPPY RETURN was requisitioned from John Saunders for use in Operation Cycle, the  evacuation of Allied troops from Le Havre, in the Pays de Caux of Upper Normandy from 10–13 June, towards the end of the Battle of France.

On 18 July 1941 John Fagg of Folkestone became the new owner and amongst the crew were believed to be Bob and Harry Featherbe. She was sold again on 25 August 1948 to W M Grayling of Folkestone.

On 5 September 1963 HAPPY RETURN was sold to William Gale of Folkestone and extensively refitted. A 46hp Ailsa diesel was fitted, the sheerline was raised with new top strakes and covering boards, the masts were shortened and raised onto a tabernacle on the deck, and the mizzen was moved aft to accommodate a wheelhouse. On 17 February 1969 she was sold to Alan Rake of Kings Lynn, and registered there as LN 224 with a new name - BRITANNIA. On 16 January 1971 Peter Barrett of North Cheam, Surrey, bought her. A new oak keel and oak transom were fitted, and some deck beams and planks were renewed. A year later a Parsons Barracuda 105hp diesel was installed. In 1987 BRITANNIA went ashore in a storm and was an insurance write-off, but Peter Barrett bought her back and reinstated her.

In 1998 she finished fishing and her registration was closed on 15 January (at this time she was the oldest registered fishing vessel in the UK). The lugger was handed over by the Ministry of Food and Fisheries to North East Lincolnshire Borough Council for the National Fishing Heritage Centre in Grimsby, which was interested in her preservation. She was passed to the Mounts Bay Lugger Association (MBLA), a group of local enthusiasts, and returned to Penzance harbour on 4 May 1998. HAPPY RETURN was restored by MBLA to her original appearance and was re-launched at Penzance on 10 March 2003. After fitting out the first sea trials took place on 16 August 2003. 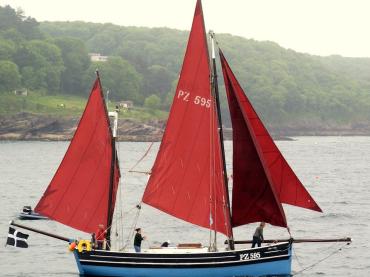