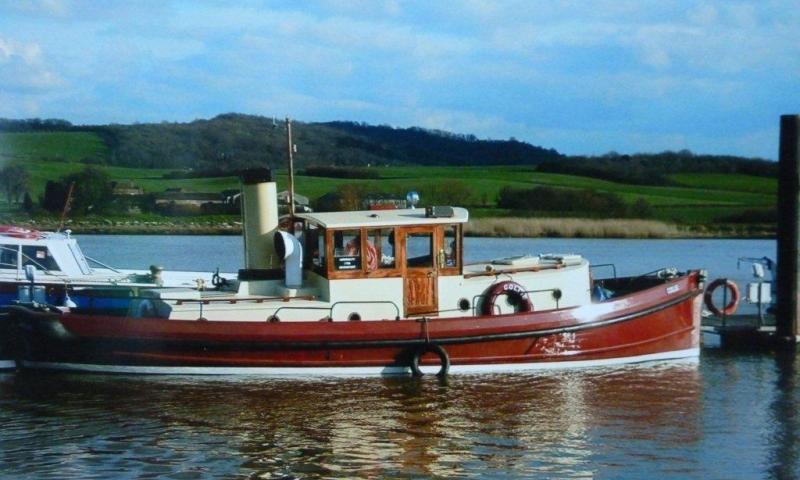 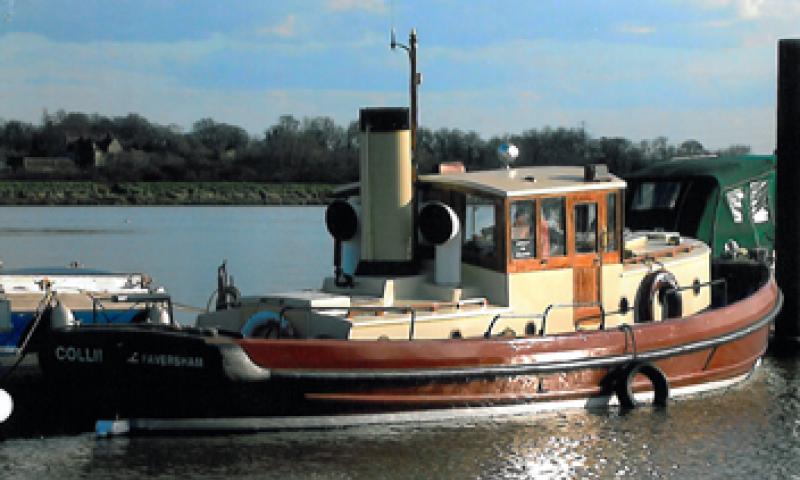 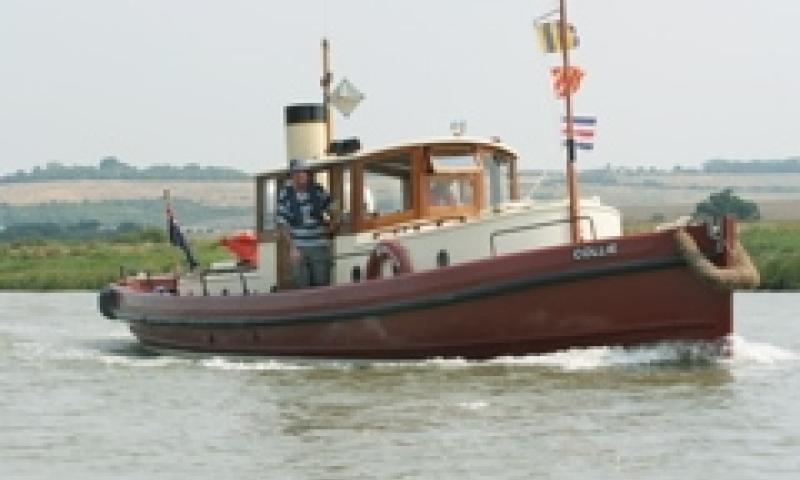 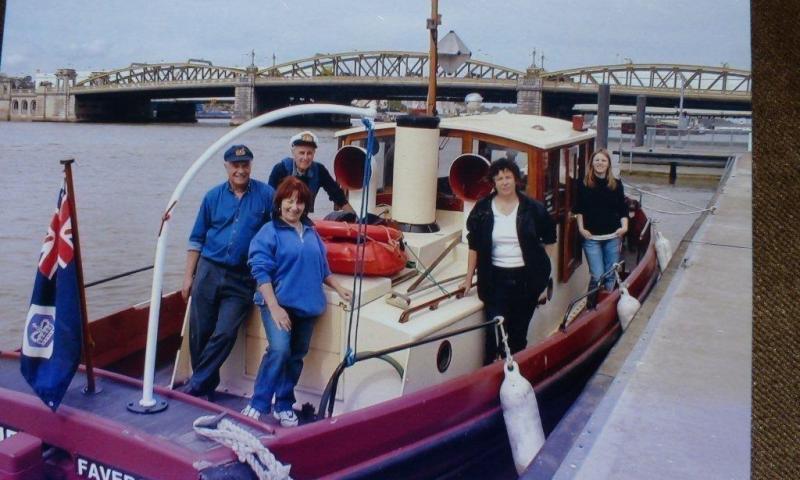 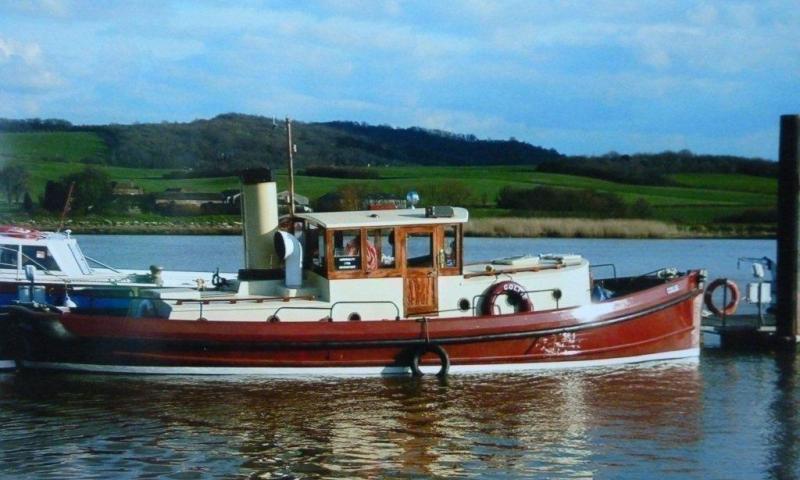 COLLIE was built circa 1890 by J I & Co Thornycroft as a sailing pinnace for the Royal Navy and was designated Admiralty pinnace number 7356. She was of double diagonal carvel construction using pitch pine/elm on oak frames. She is a 36ft monohull, and is fully decked with a flat stern. COLLIE was condemned in 1926, but was later re-designed and re-keeled by Rogers & Co at Plymouth where she was fitted with her first paraffin engine. She was re-commissioned as an Admiralty towing tug and given the number 1760. She was converted to a fire boat during World War Two and later became a personal launch following works by Terry Young at Oare Creek, Faversham between 1997 and 2003. She was fitted with her third engine, a Ford 4-cylinder diesel engine, in 2002 and re-launched in 2003.

COLLIE is nationally significant for the role she played in both World Wars - during the First as a sailing pinnace on general duties in Devonport Naval Dockyard, then during the Second as a fire boat when she was sunk in 1942 by the Luftwaffe whilst serving the aircraft carrier HMS HERMES. She was re-instated into active service at the torpedo base, HMS DEFIANCE and was finally decommissioned by the Navy in 1950.  In 2012, she was selectxed to take part in the Queen's Diamond Jubilee Pageant and, the following year, she was used for Hon. Medway Port Pilot duties through Imray's East Coast Pilot. COLLIE is significant for being the oldest surviving Royal Navy pinnace and one of only two surviving sailing pinnaces (the other being CARETTA, built in 1898 by the Admiralty at Devonport). She is said to have been the only Admiralty boat to have been condemned three times. She has been recorded on the National Register of Historic Vessels since 2009.

The primary function of COLLIE was as a sailing pinnace for the Royal Navy. With 16 oars, two masts and a bowsprit she was more than capable of helping ships to anchor, and to manoeuvre and transport crews from ship to shore.  Her hull was heavily built since she was designed to be used as a tough workboat. Despite her various conversions she retains the general appearance of a pinnace, but her current configuration is that of a personal launch following conversion for private use in the late 1990s.  COLLIE remains in operational use at Faversham, Kent.

COLLIE was built circa 1890 by Thornycrofts as a sailing pinnace for the Royal Navy. She was condemned in 1926, but was later re-designed and re-keeled to serve as a tug, before being converted to a fire boat during World War Two.

It was in this guise that she was sunk in 1942 by the Luftwaffe in Plymouth, whilst serving with HMS HERMES. Again, she was condemned, but was re-instated into active service with the torpedo base, HMS DEFIANCE. She was finally decommissioned by the Navy in 1950. Later, COLLIE became a personal launch and was converted by Terry Young at Oare Creek, Faversham between 1997 and 2003.

In 2006, she was certified in A1 condition and was known to be sailing in the Thames estuary area.

In 2013, COLLIE is being used by skipper Paul Woodhead for Hon. Medway Port Pilot duties through Imray's East Coast Pilot. 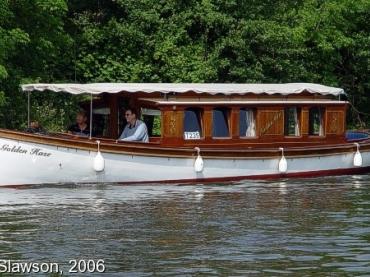 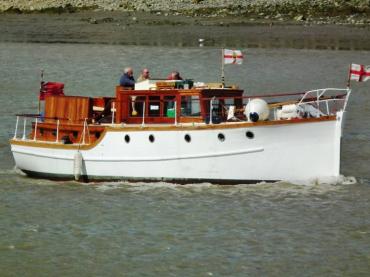 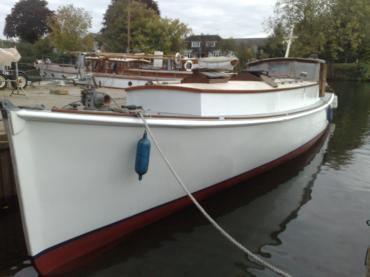 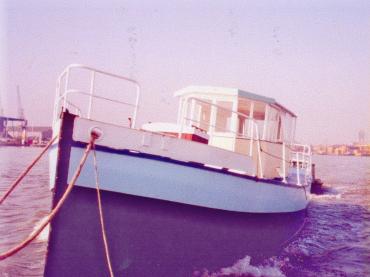