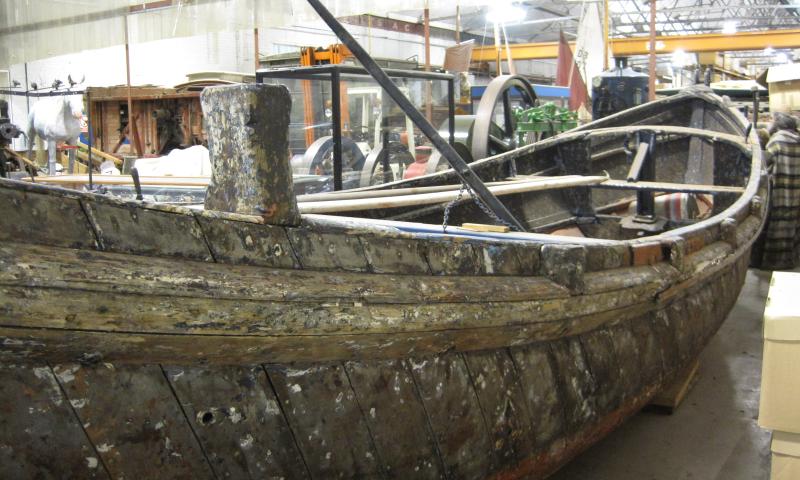 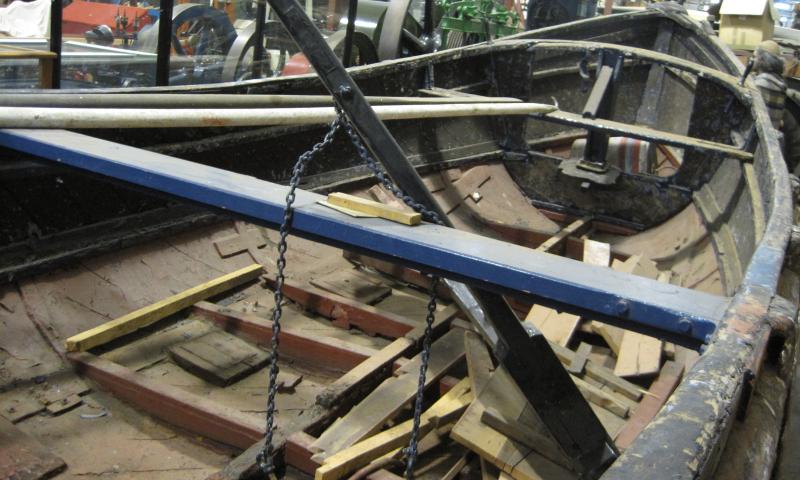 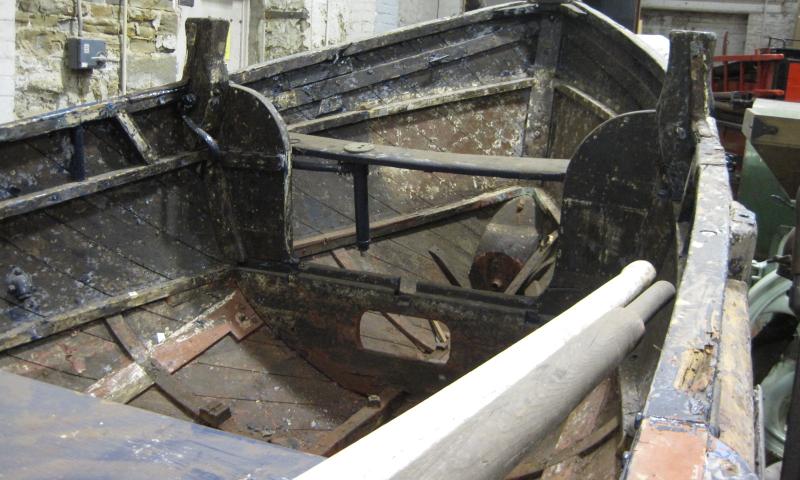 The RICHARD was built in 1889 by Woolfe and Son. Self-righting, 34ft long 7ft 6’’.  Stationed at Donna Nook, Lincolnshire from 1889 to 1904 when it was moved to The Mumbles [Swansea] to be a boarding boat for our lifeboat [1904-23 when sold out of service]. She was sold out of service in 1923 and renamed THE BARGE.Sometime later it was a pleasure boat in the Kyles of Bute, western Scotland and then sold to a farmer who used it to ferry cattle across a loch. It has had an interesting life. We believe the crew saved 33 lives at Donna Nook. The project to restore the boat to original condition was started but money became difficult, staffing was reduced and the boat was put into storage.

The lifeboats have been in storage in our warehouse for over 20 years. They have been very popular with the public.  Richard has had some basic work done to remove paint. It is in good condition but completely unrestored. The building is now being prepared for major refurbishment and a collections review has identified that we need to find a new home for the boats 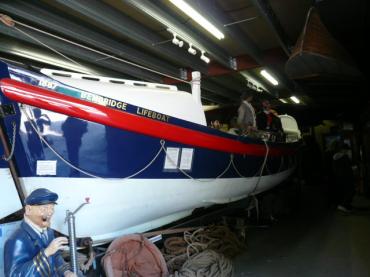