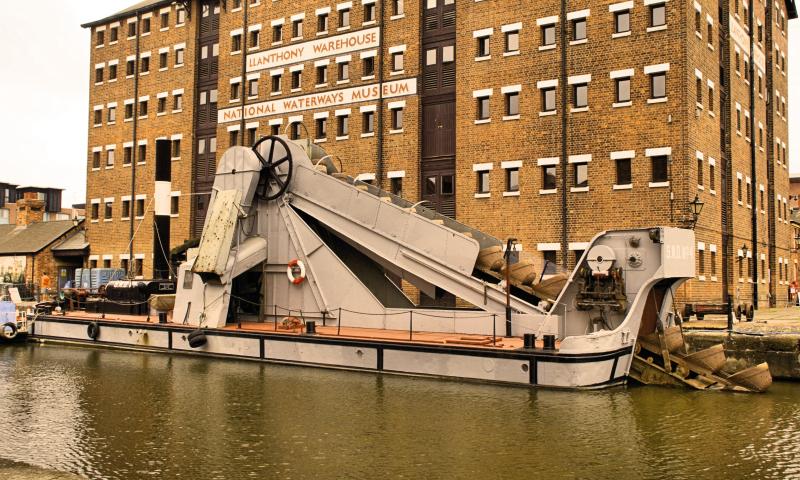 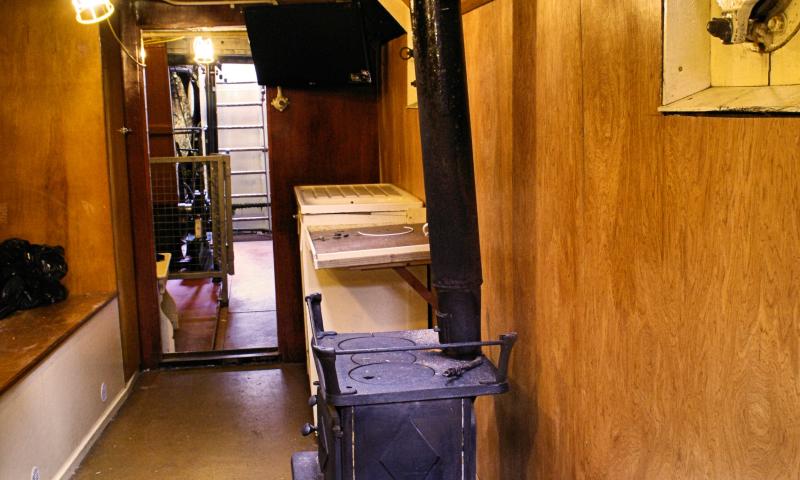 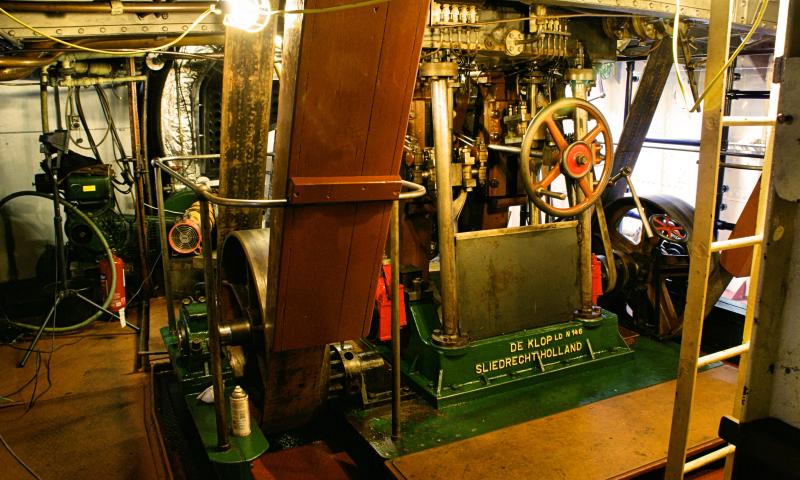 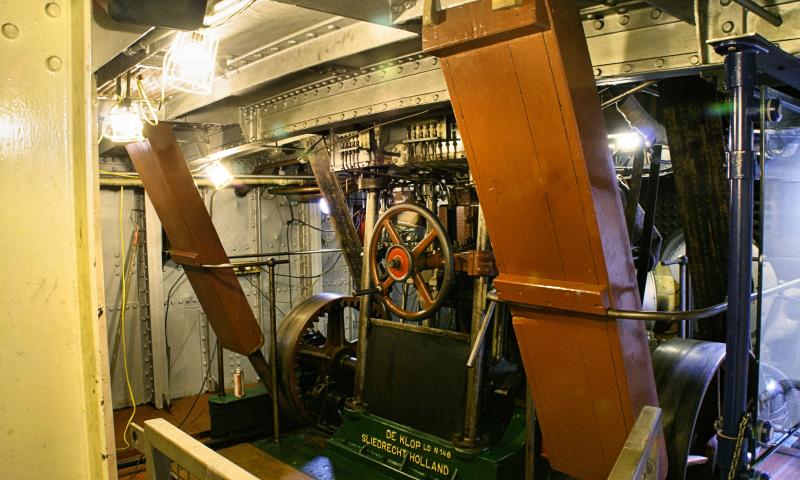 SND No.4, with her bucket ladder, is representative of an early technique of dredging which was employed to reduce the build-up of silt within British harbours, facilitating their use by deep water vessels at a time of industrial productivity. She is still fitted with her original Dutch DeKlop inverted vertical compound steam engine which drives the chain of buckets, although her boiler is now oil rather than coal fired following a full refurbishment in 1963.

The vessel was commissioned by the Sharpness New Dock Company, but was built in Holland giving her elements of European as well as UK significance. Supplied with the vessel were two pairs of clogs – one for the fireman and one for the engine driver. She has a strong association with the Gloucester region, having dredged the Gloucester & Sharpness Docks since the time of the general strike in 1926 until she ceased work in 1981. SND No. 4 is one of only two bucket dredgers currently on the National Register of Historic Vessels.

SND No.4 has a limited aesthetic appeal, being built as a service vessel. However, she embodies practicality and functional purpose. Her steel hull was designed with a coal fired boiler to drive the bucket chain and winches. Whilst dredging, the vessel was moved sideways and forwards by two steam winches on the deck which controlled wire ropes attached to the canal banks. Her accommodation was very basic, consisting simply of four berths, a coal fired stove in the galley and a steam kettle in the engine room. Today, SND No.4 is located at the Gloucester Waterways Museum. Her functional significance is demonstrated to the public on special days when she is displayed in steam as a working exhibit.

SND No4 is a bucket dredger of steel construction built in 1925 by NV Scheepsbouwwerfen Machinefabriek De Klop, Sliedrecht, Holland for the Sharpness New Dock Company. It was delivered by boat to Sharpness. The vessel would have been towed by a tug, an engine was installed to provide the power to drive the bucket chain and a number of winches. As dredging progressed, the vessel was moved forward and sideways by two steam winches on deck which controlled wire ropes attached to the canal banks. SND No4 was used to dredge Gloucester Docks and the Sharpness Canal. At times the dredger also worked in the entrance and tidal basin at Sharpness and was replaced in 1981 by a diesel electric bucket dredger. Following retirement, the vessel was stored until 1988 and after refurbishment by British Waterways, she became a working exhibit at Gloucester Waterways Museum. SND No4 is believed to be the only steam powered bucket dredger in working order in the UK. 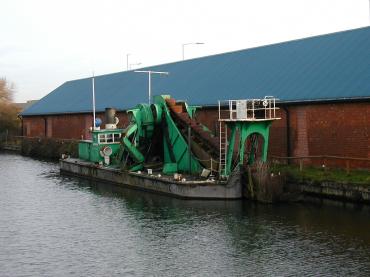