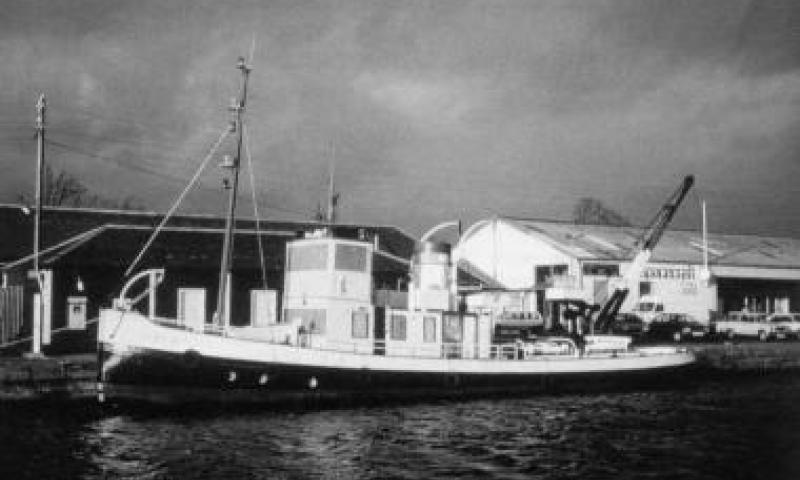 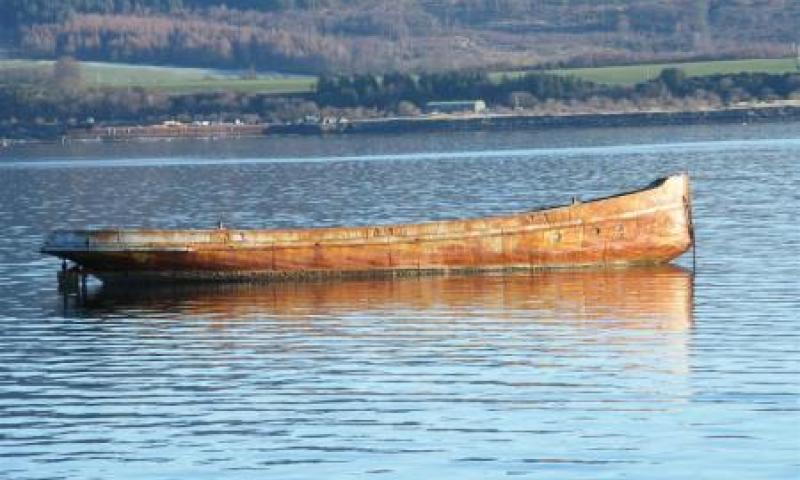 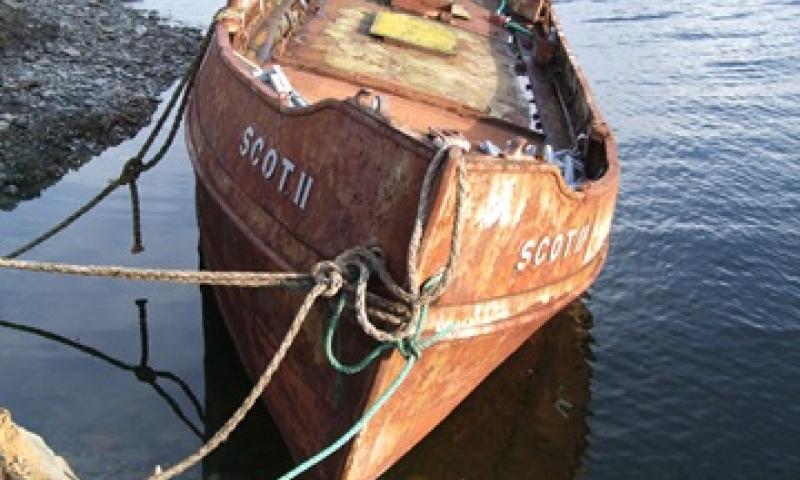 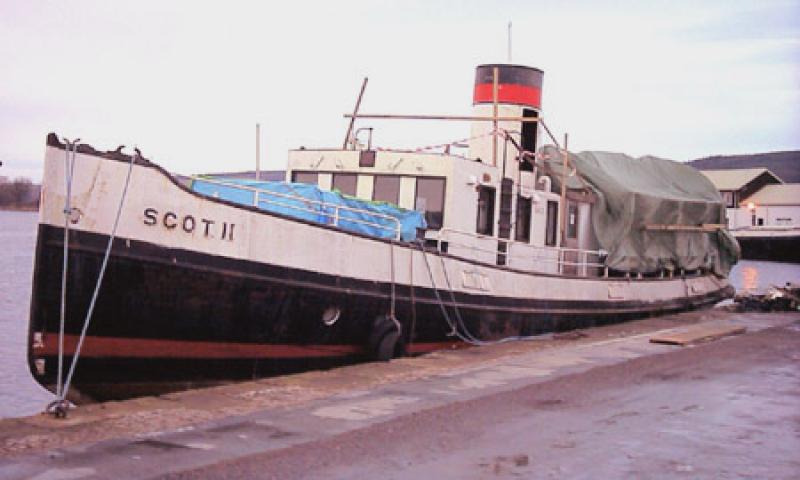 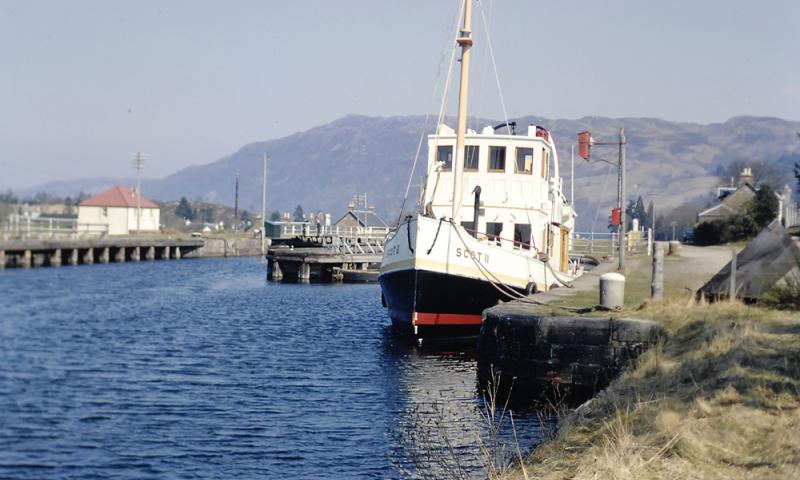 SCOT II was built as an ice breaking tug by Henry Robbs of Leith in 1931. She is of steel plate construction and has a Kelvin T8 diesel engine. She was purpose built for the Ministry of Transport as a steam powered ice breaking tug for duties on the Caledonian Canal. Early in her life she was handed over to British Waterways by the Department of Transport and undertook various duties on the canal including keeping the canal navigable during the Second World War. In 1960 she returned to Leith and was converted from steam to diesel, which was when her rare Kelvin engine was installed. From 1961 to 1991 she cruised on Loch Ness with a carrying capacity of 70 passengers. During this period she also continued her ice breaking duties on the Caledonian Canal during the winters. From 1992 to 1999 she was leased out and became a floating bar and restaurant at Laggan Locks. In November 1999, British Waterways took her back and in 2001 started a restoration programme, but this was stopped before she was completed. In the summer of 2005, SCOT II was bought by an individual who had her twoed to the Isle of Bute where she was going to be restored but again, sadly, restoration work was never carried out on her. She was towed across to Ardyne where she was left sunk for 10 months. She was then lifted and put on a mooring in the Kyles of Bute. In 2009 she was then taken back to Bute and rescued by the Save the Scot II group in September 2010. SCOT II is a one off design and build and thought to be the oldest ice breaking tug in Britain. Her current owner plans to return SCOT II to her former glory so she can undertake ice breaking duties again to keep the Fort William-Inverness waterway open during the winter. It is also planned she will house a museum and be available to local schools for educational purposes and to charities for diadvantaged children.