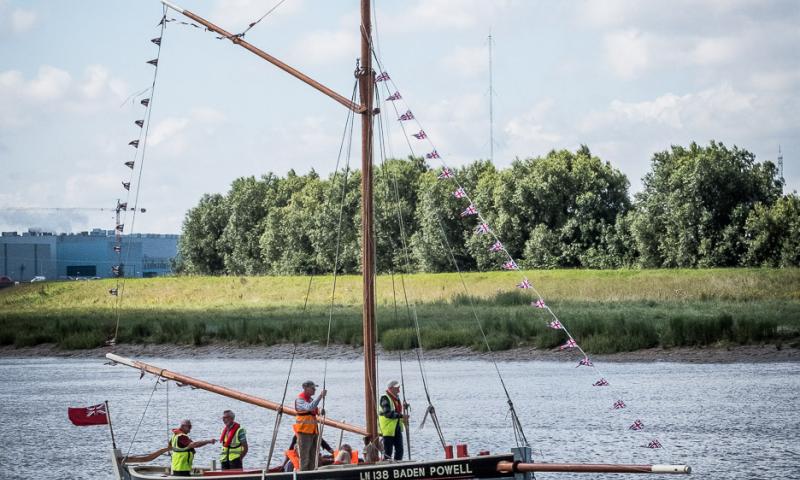 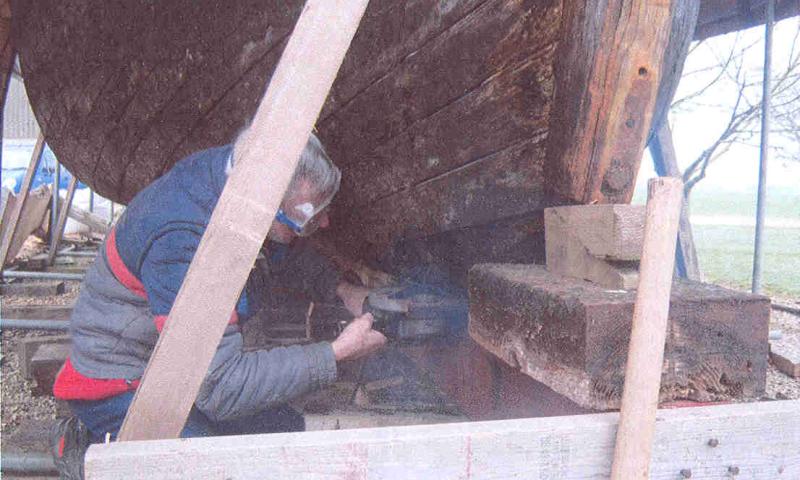 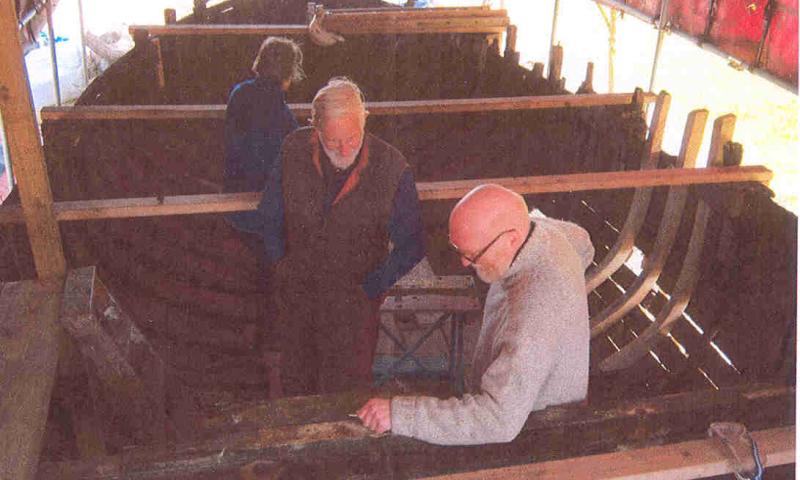 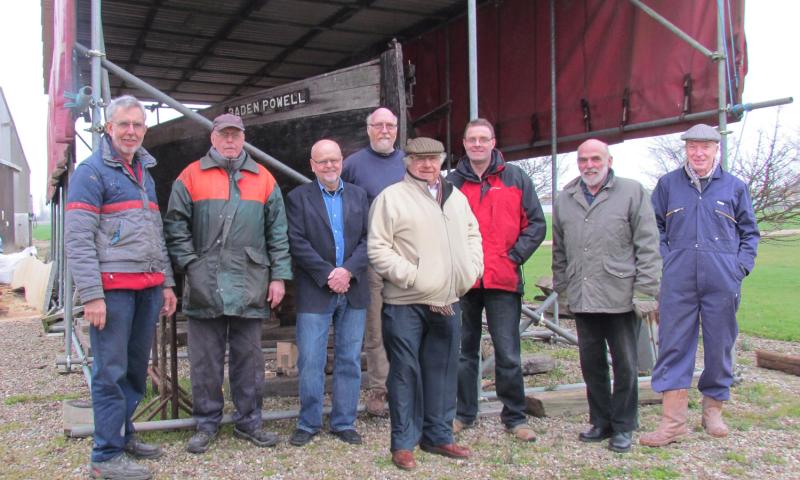 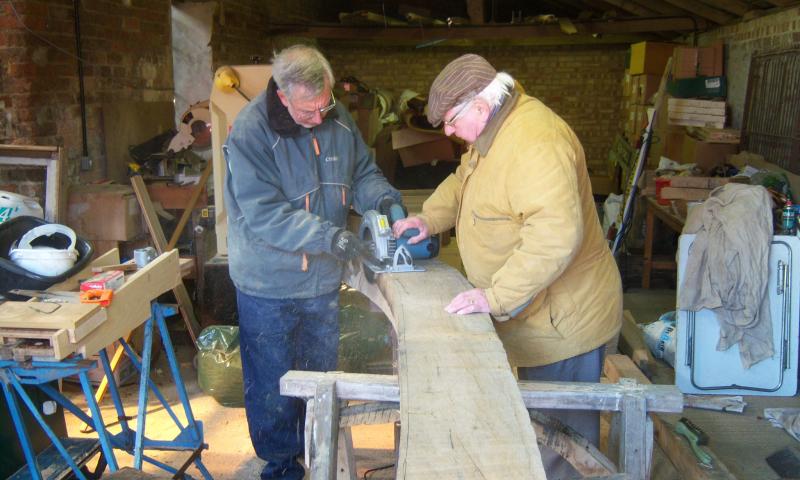 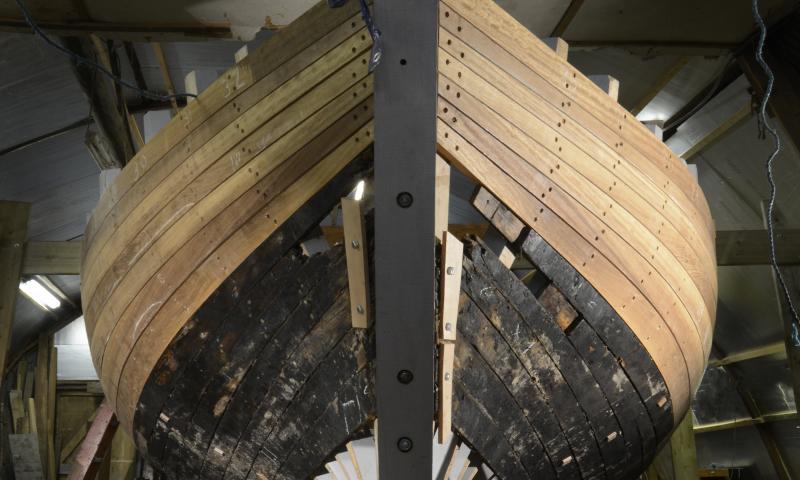 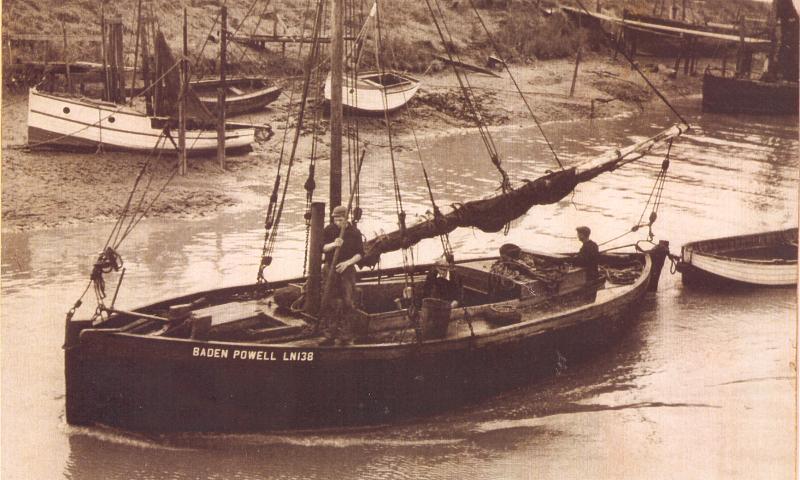 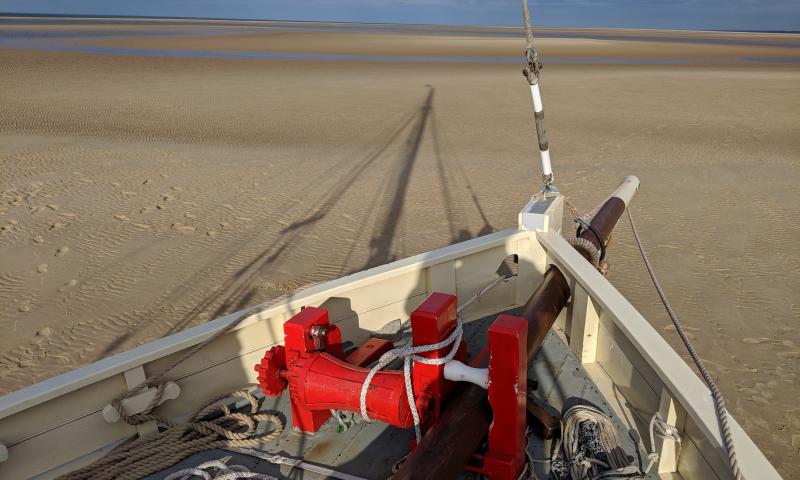 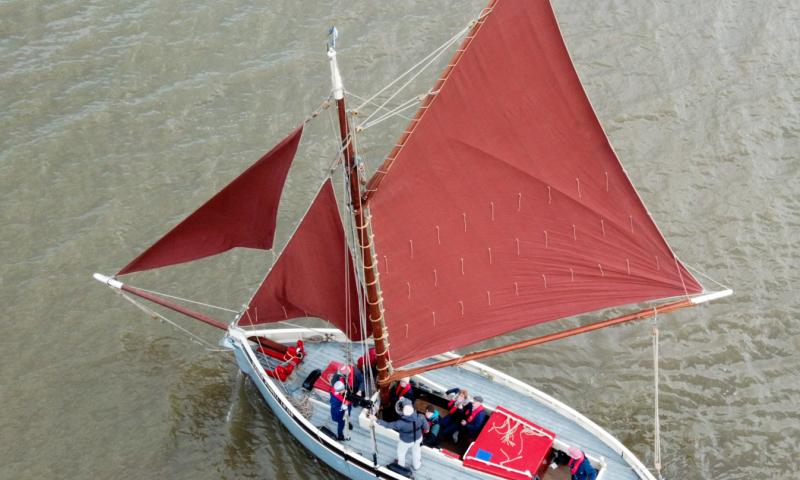 BADEN POWELL, named after the South African war hero who later founded the Boy Scouts, is a double ended topsand cockler, a fishing vessel of timber carvel construction.  She was the first boat built in King's Lynn by Walter Worfolk, and was bought by the Cook family for £50.  Walter's schoolboy sons Gerald and William watched the launch in 1900.  BADEN POWELL is the last remaining double ended topsand cockler afloat in King's Lynn, and possibly on the east coast.  She fished until the 1980s, when she was presented to True's Yard Fisherfolk Museum in King's Lynn, then passed on to the King's Lynn Worfolk Boat Trust in 2011.  The Trust's volunteers had already begun the task of renovating the boat, with the aim of returning her to the River Great Ouse to offer trips so that passengers could see the waterfront and better appreciate the role of the river in the development of the town since medieval times.  The Worfolk brothers took their father's business on to complete 80 years, building some 600 craft in all.  The Baden Powell's renovation turned into a rebuild when the volunteers realised her ancient timbers were unequal to the task of being patched up yet again.  With the help of a Heritage Lottery Fund grant she was entrusted to the St Osyth Boatyard in Essex to replace the frames, planking and decking.  Returning to King's Lynn in 2016 for painting and superstructure work, she was re-launched in August 2017 and began offering river trips the following month. When new sails from North Sea Sails are fitted to the BADEN POWELL in Spring 2018, she will also offer a sail training programme for local young people. BADEN POWELL enjoys financial support from many local companies and individuals.