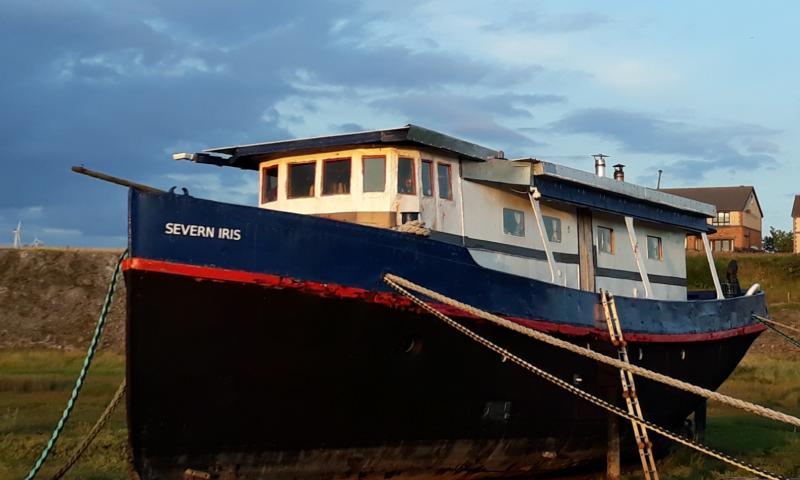 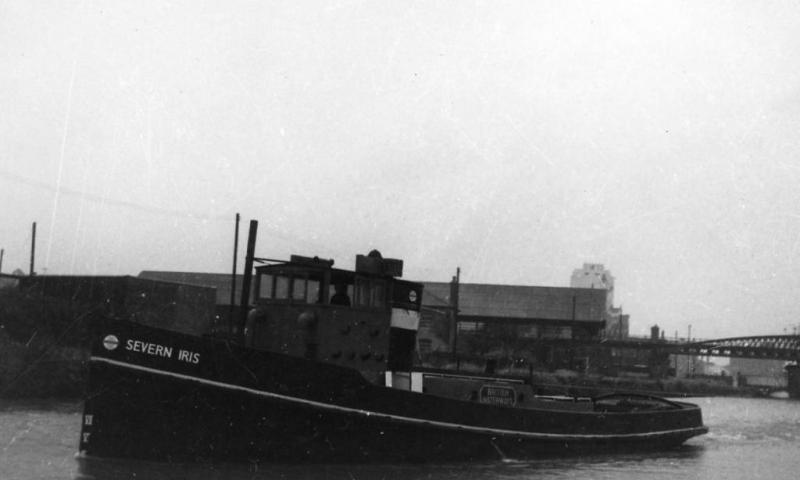 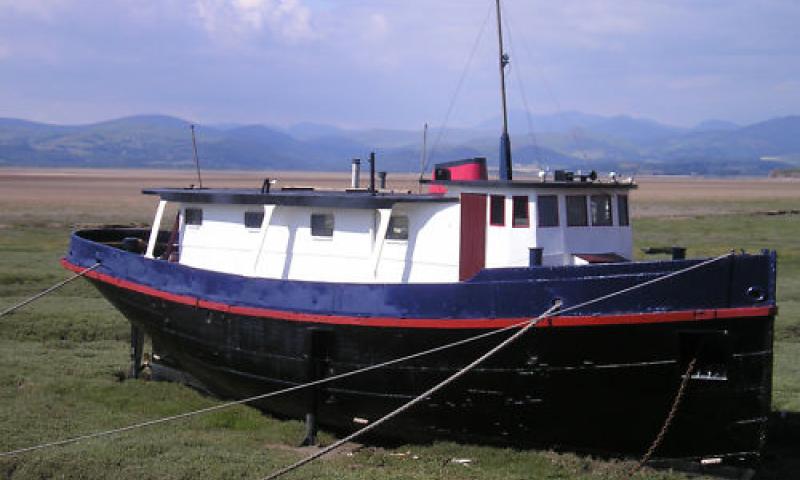 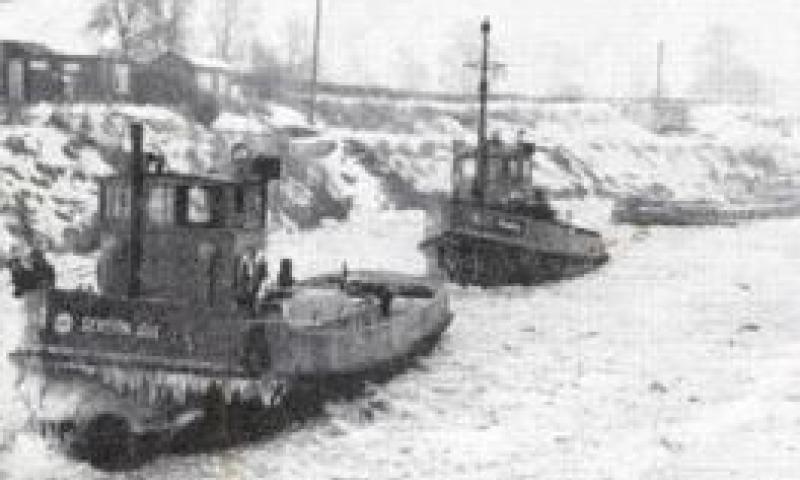 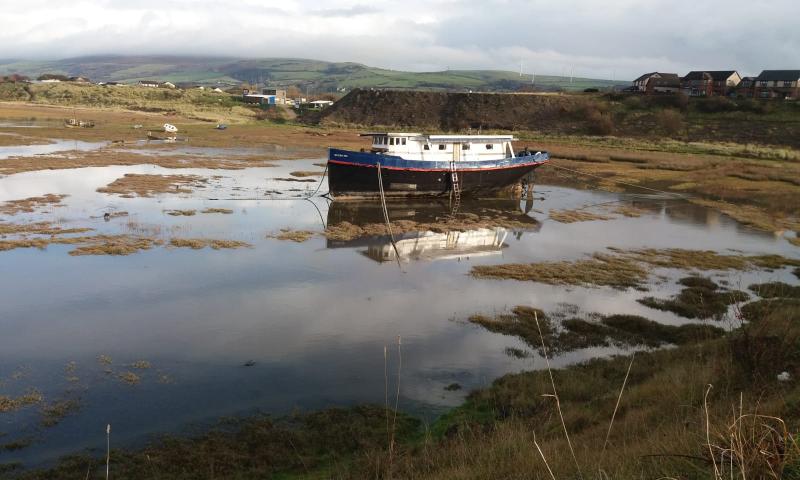 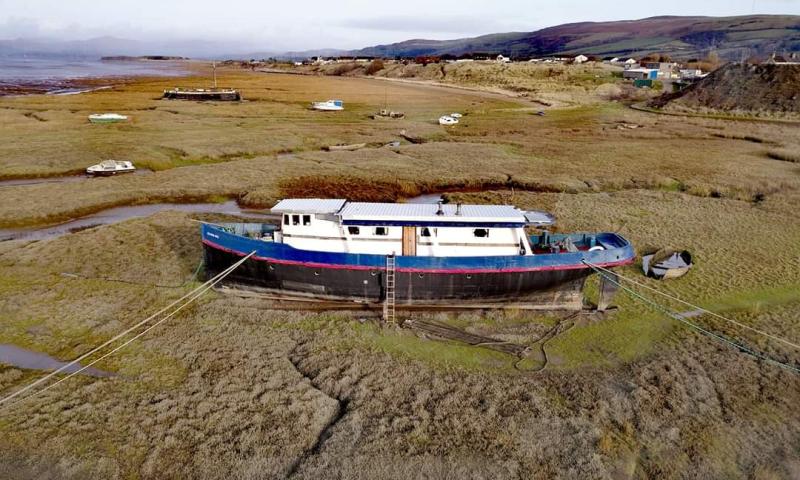 SEVERN IRIS is a tug of steel construction built in 1905 in Falmouth. She was originally steam driven but had a Gardner diesel engine installed in the 1980s.

The vessel was rebuilt in 1946 by the Gloucester Dock Company and operated on the River Severn pulling petrol tanker barges from Sharpness to Stourport on Severn.

In 1985 she was due to be broken up but was rescued by Jonathon Pardoe and Christine Ross who took three years to convert her and for twelve years she was grounded in the Duddon Estuary in Cumbria.  Despite being deemed unseaworthy due to a compromised hull and large areas that had pitted and thinned out by rust, new private owners bought SEVERN IRIS in 2017 and have lived aboard her since then.  Conservation work has included maintaining the vessel's hull, decks and infrastructure together with replacing the side and rear doors.  They have had to build a steel roof over the original to help prevent leaks (the original roof remains) and the vessel is double-moored next to the pier at Askam-in-Furness in Cumbria.

The gear box was disconnected from the engine before she was purchased, but the engine remains in situ.