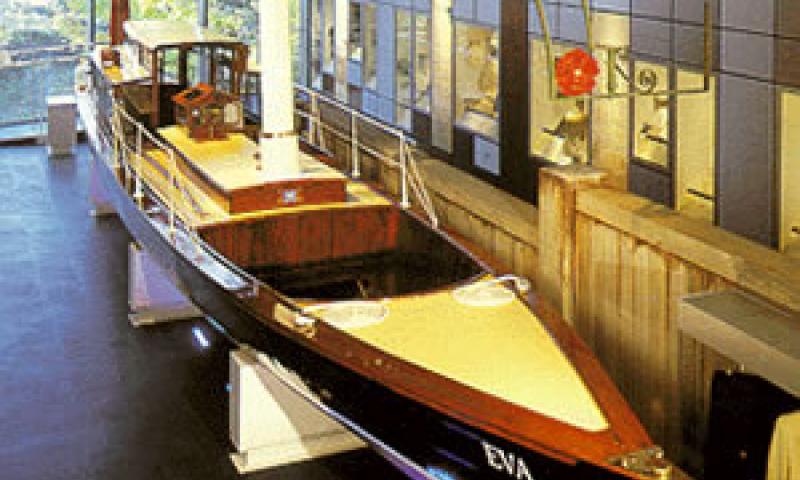 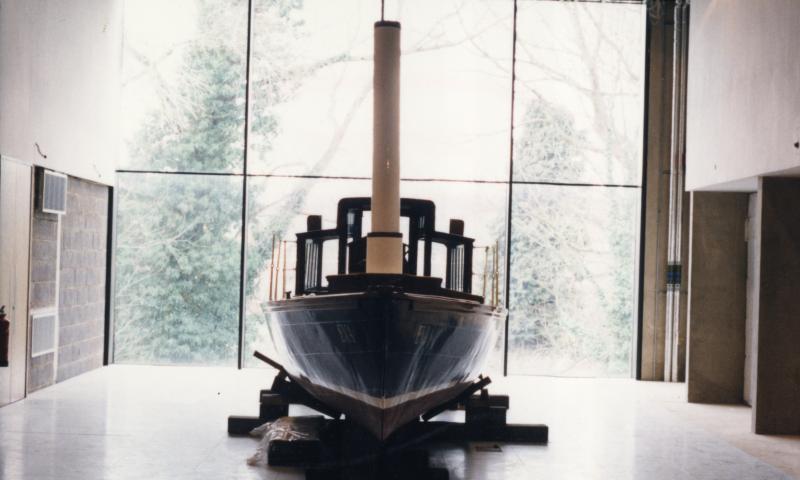 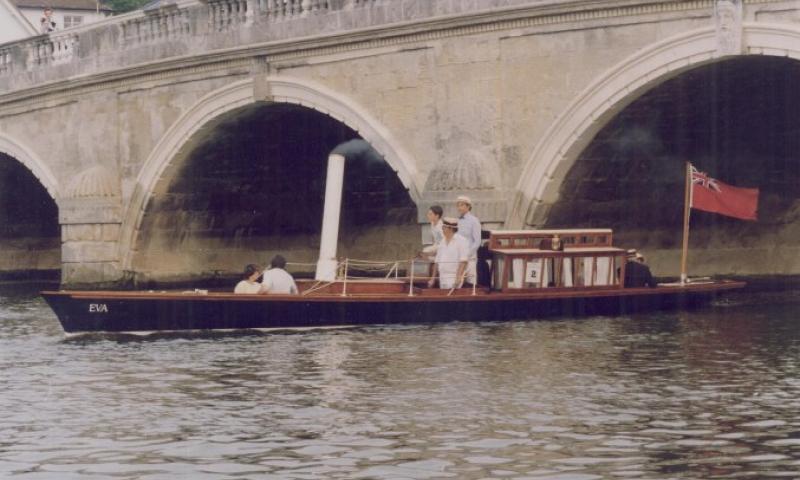 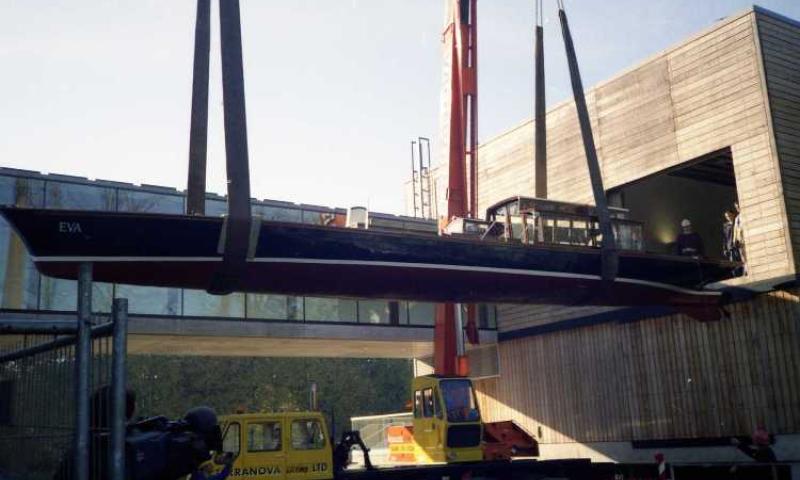 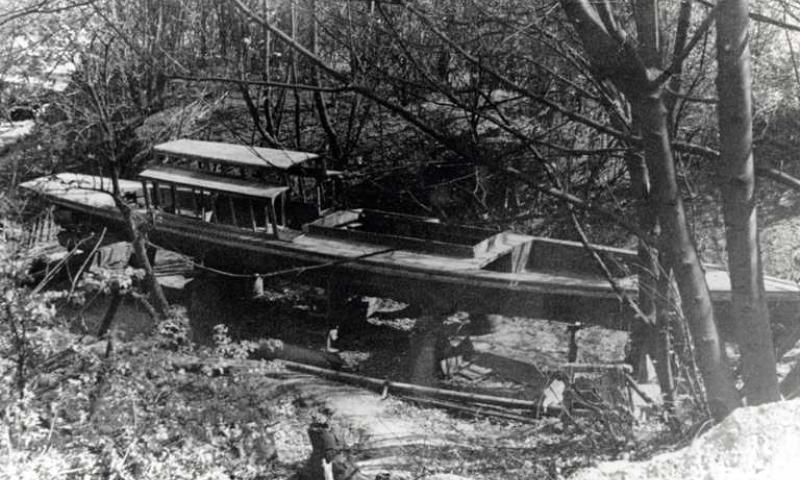 EVA was built in 1874 and is one of the earliest examples of a fast Victorian steam launch. She was designed with the propeller located as far away from the hull as possible so it could operate in clear water, hence the positioning of the rudder ahead of the propeller. This gave her a very large turning circle, making made her difficult to stop. She was successfully used as an umpire launch for three years and, in 1876, she was sold to private collector H.E. Rhodes who added the saloon and relocated the steering position. EVA retains her original engine and was fitted with a new boiler in 1985. Her hull remains largely unaltered following careful conservation work, although steel has now replaced some of the original iron.

EVA was built at John I Thornycroft’s yard at Chiswick in 1874 and is believed to have been designed by John Thornycroft himself. From 1874-1876, she was used as umpire’s launch at Henley Royal Regatta. In 1985, she was used for the Granada TV film ‘Sherlock Holmes and the Sign of Four’. Then, in 1989, she took part in the 150th Anniversary celebrations of the Henley Royal Regatta. Her associational links with river users of the Thames are a key element of her significance and demonstrate the importance of her heritage setting today, as a permanent exhibit on display in the Henley Gallery at the River & Rowing Museum.

EVA’s hull is made from iron with a fine, flared bow allowing her to run at speed with the bow wave thrown clear away from the hull. She was one of the fastest steam launches of her era, with a non-condensing single cylinder engine and a top speed of 15mph (before the cabin was fitted), making her ideal for use as an umpire’s launch by allowing her to easily keep up with rowing eights. She was designed to carry an umpire, a crew of two and three other passengers at sufficient speed to accompany the races.

One of the earliest examples of a Victorian fast steam launch, EVA was built in 1874 at Thornycrofts in Chiswick under yard number 34 and was probably designed by John Thornycroft himself. Of iron construction and a non-condensing single cylinder engine she was one of ther fastest launches of her day. She was built to meet the requirements of an umpire launch for Henley Royal Regatta. She was only used by the Regatta for three years and in 1876 she was sold to a private collector. At this time the saloon was added and the steering position relocated. After many years of private ownership and the inevitable consequences of age she became almost derelict. In 1968 she was rescued by Graham Lindsay who started the reconstruction process. EVA came to the River and Rowing Museum at Henley in 1996 where further restoration work was carried out by Stanley and Thomas of Windsor.