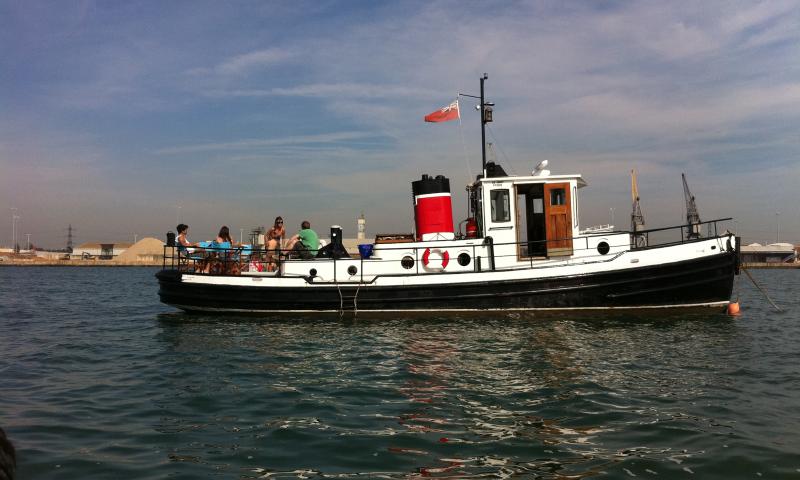 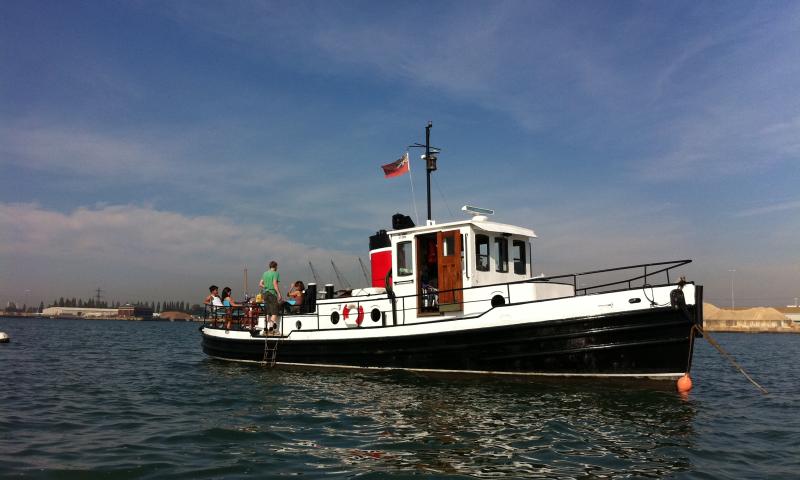 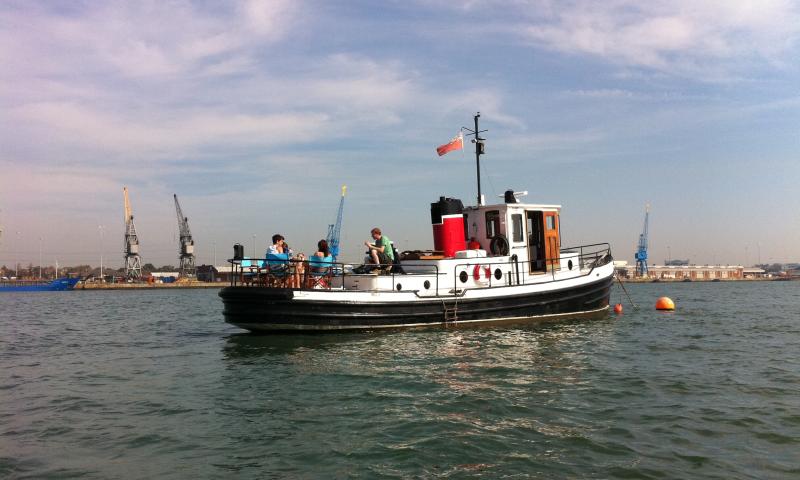 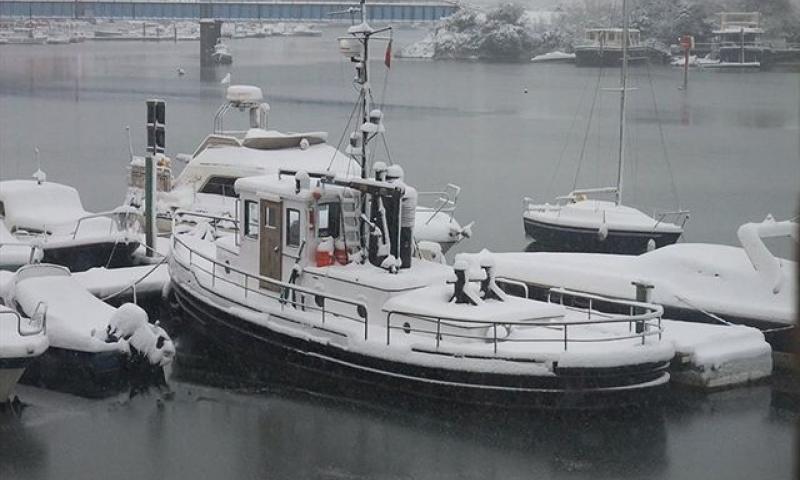 STEADFAST was built in the USA as a harbour tug. Commissioned by the US Army Department for Transportation in 1950 and built by Wiley Manufacturing Co, in 1951, she is a vessel of steel plate construction. Her current engine is a Rolls Royce diesel model C6N. The vessel was designated ST 2028 (Small Tug) and named RUNNY MEAD. In 1956 she was shipped across the Atlantic to Hythe, Southampton, where she was based at the USA MFA Hythe UK . In 1987 her name was changed to SANTIAGO as a new master took over. In 1990 she was sold out of service to Kimber Brothers on the River Itchen where she performed as a general workboat. She was then sold to Mr J Dunkley who sailed her to the River Medway where she was used as a houseboat. In May 2010 she was bought by her present owner and sailed back to the River Itchen where she was renamed STEADFAST. She is kept in operational condition and can often be seen in Southampton Water.