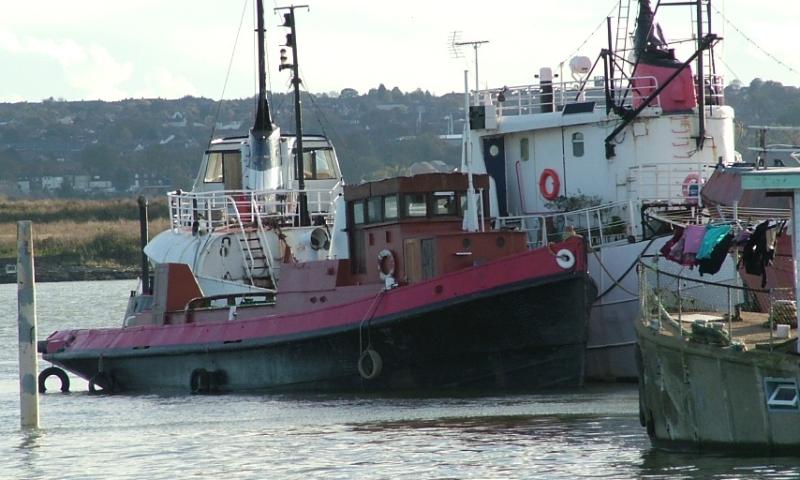 CAROLE A was built as a tug by Richard Dunston of Thorne in 1943. She is of steel riveted construction and her engine was removed in 2010/11. On completion the vessel was delivered to River Lighterage Co. Ltd., London and named PINLAKE. At that time she was powered by a 400ihp steam engine by Plenty & Son Ltd., Newbury.