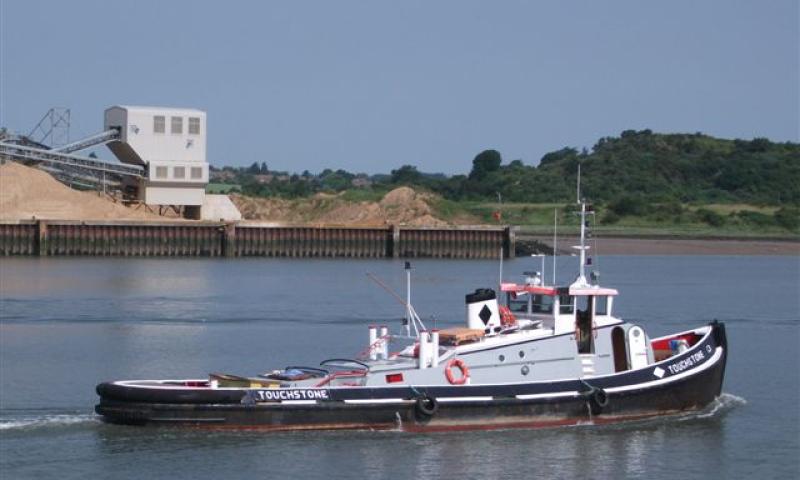 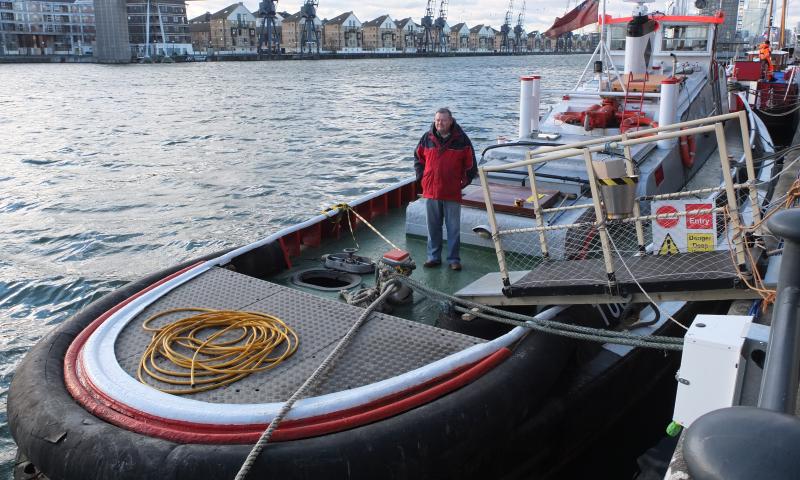 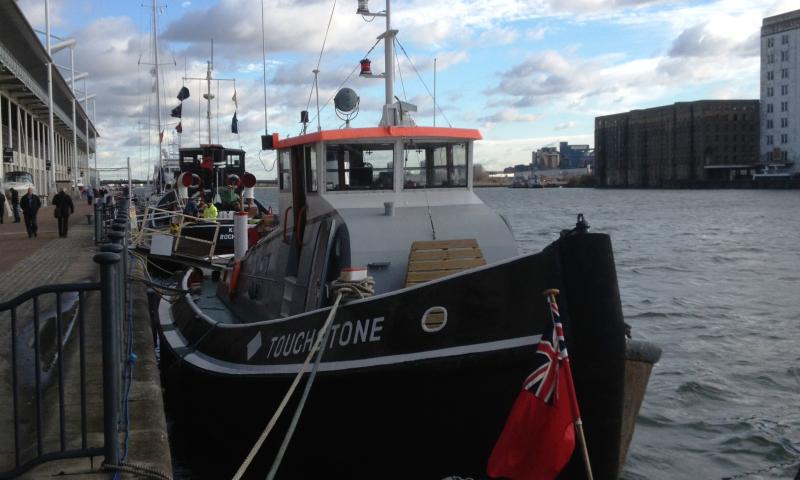 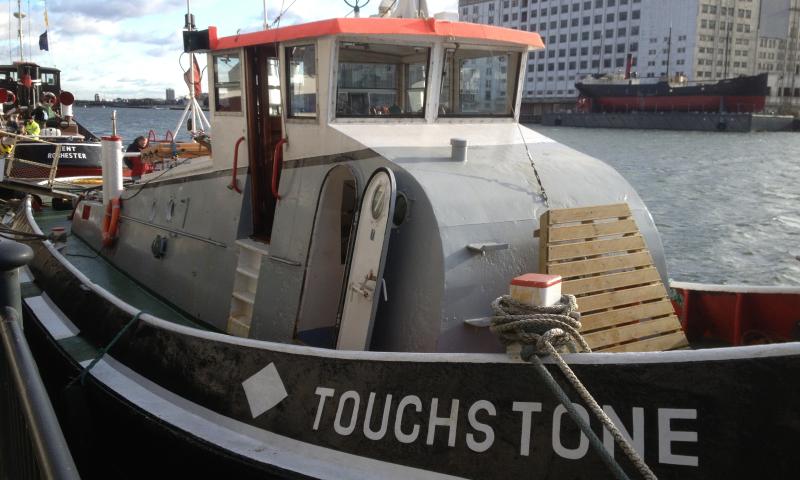 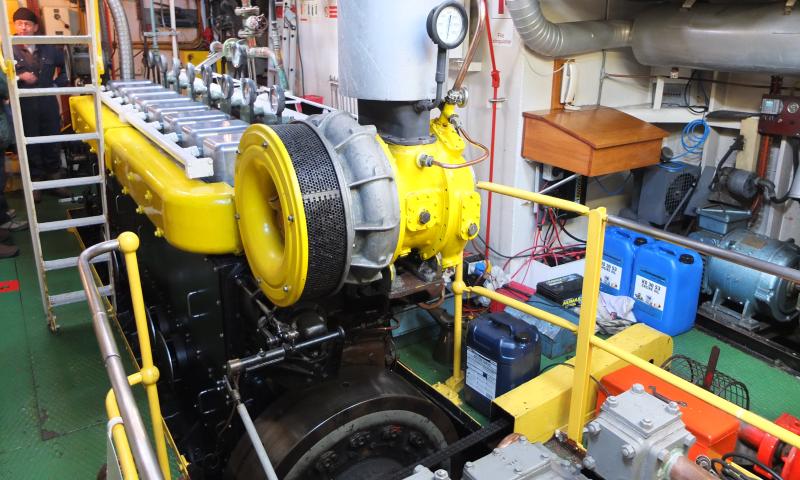 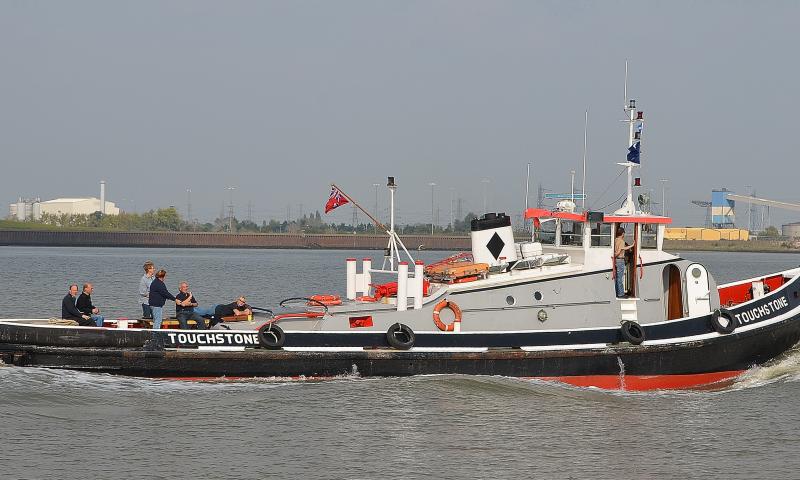 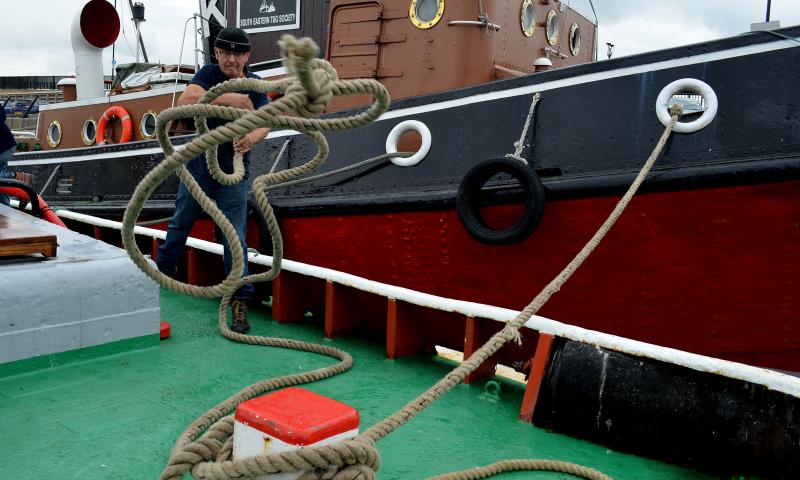 TOUCHSTONE  is a tug of welded steel construction built by Cooks of Wivenhoe for the Cory Tank Lighterage  Co. in 1963.  Until the early 1980s she was mainly employed towing petrol lighters from Thameshaven to Aylesford on the River Medway.  When this trade was discontinued she was assigned to the River Thames household rubbish trade running between City of London wharves and Cory's disposal/landfill site on the Mucking Flats marshes.

By the early 1990s she had become a standby tug at Gravesend and in 1999 was sold out of service to her present owners who have endeavoured to maintain her as a working preserved craft.