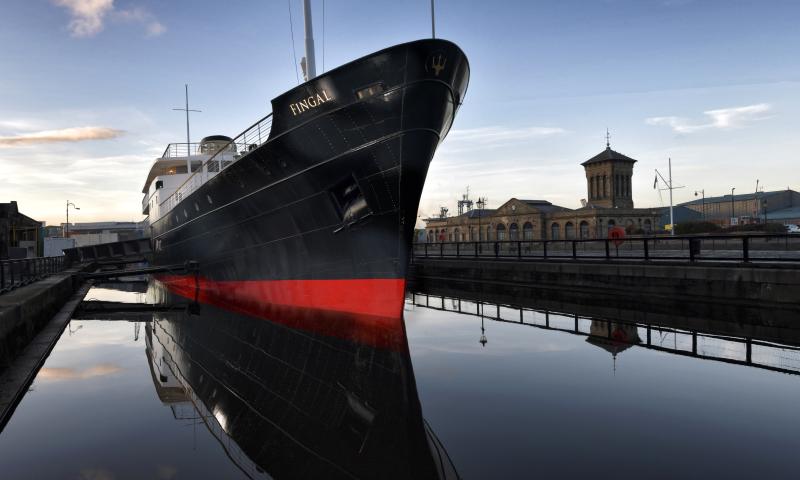 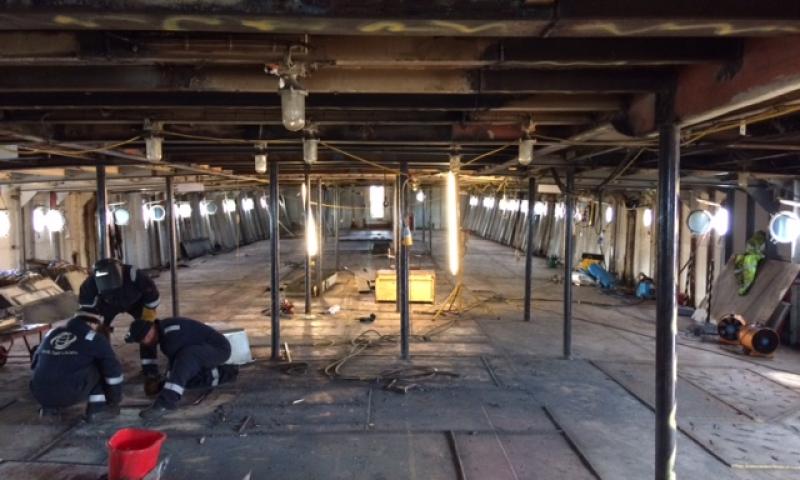 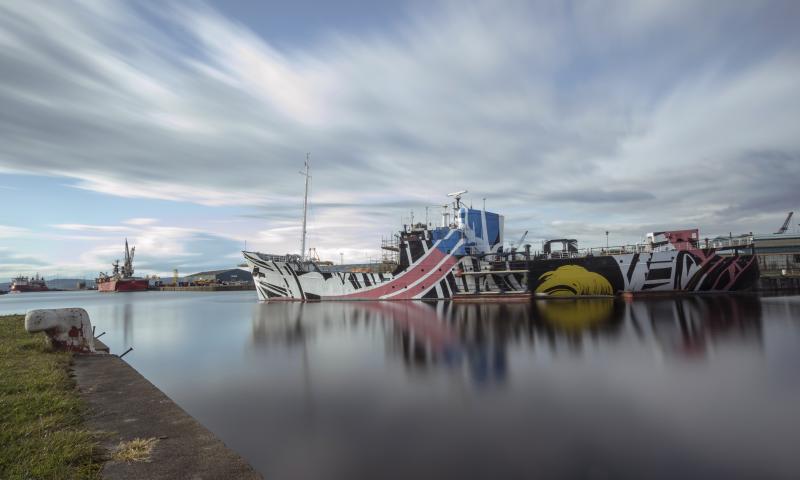 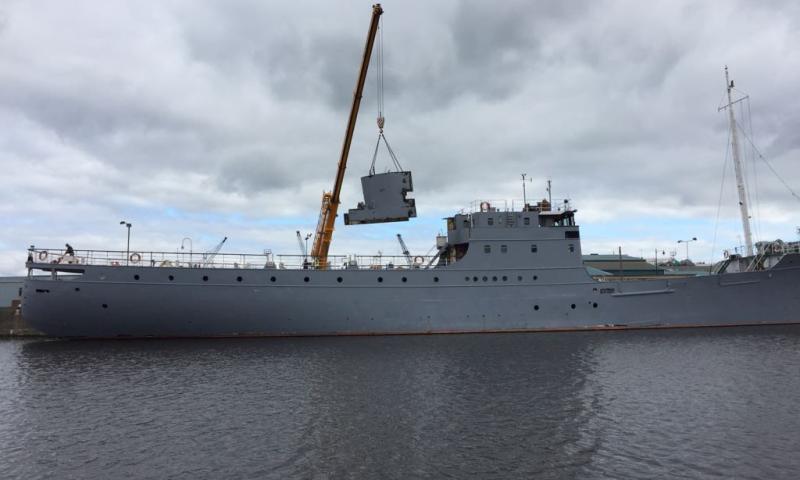 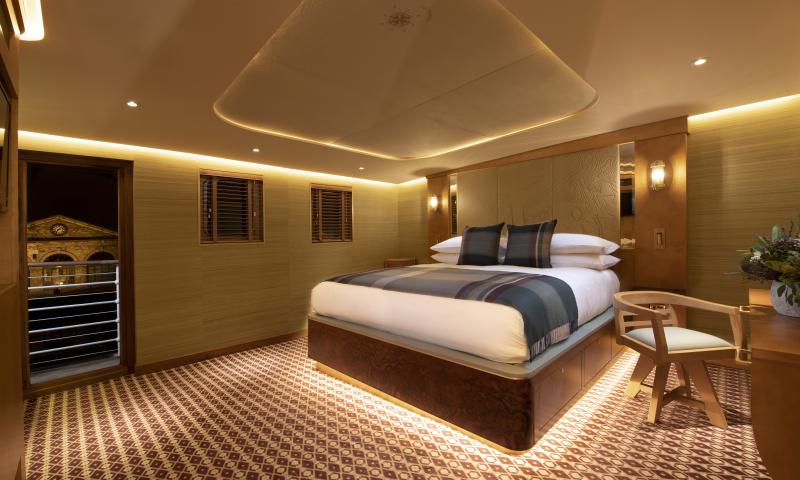 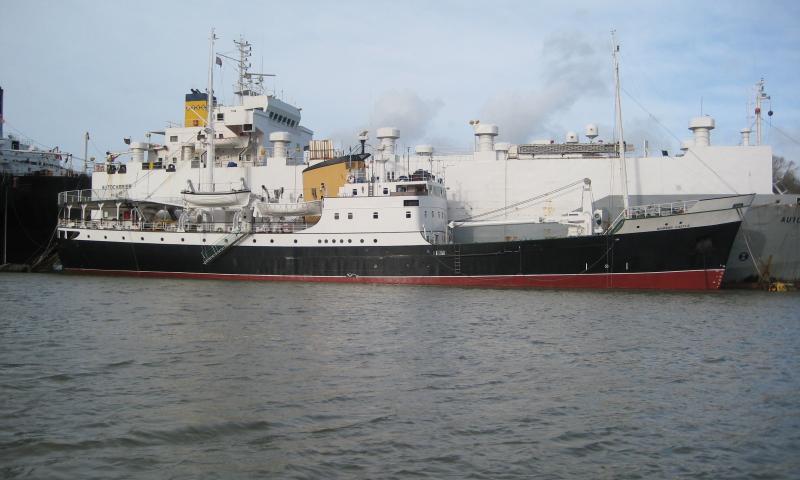 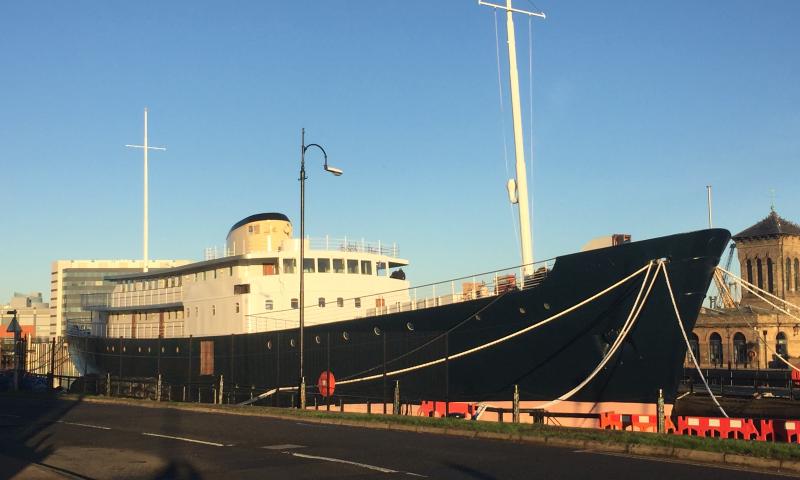 Launched in August 1963, this steam tender vessel was the last ship built by the Blythswood Shipbuilding Company, Glasgow, and was previously the Northern Lighthouse Board's (NLB) tender Fingal. At some time after she was launched, a flight deck was added, which required the mizzen mast  to be moved forward. She was Leith-registered but spent most of her NLB service working out of Oban for 30 years, followed by her last six years in Stromness, Orkney.

When she retired from NLB service in 2000 she was sold to a private owner who fully maintained her, moored on the River Fal in Cornwall for the next 14 years until she was acquired by Britannia (The Britannia Trust) in 2014.

At nearly 73m long, FINGAL was both big enough to convert into a commercially viable small hotel and not too big to be beyond the Trust's budget, so when the deal to acquire her, or Windsor Castle as she had been renamed, was completed the ship went into Falmouth dry dock for an insurance survey to ensure she was suitably seaworthy to be towed to Edinburgh.

FINGAL was safely towed to Leith, arriving in August 2014, and the detailed designs for the conversion could begin. The Pedley Group's £5m 'design and build' conversion took the best part of two years to complete and had a soft-opening in January 2018.  It is being managed by Britannia's trading company; Royal Yacht Enterprises.