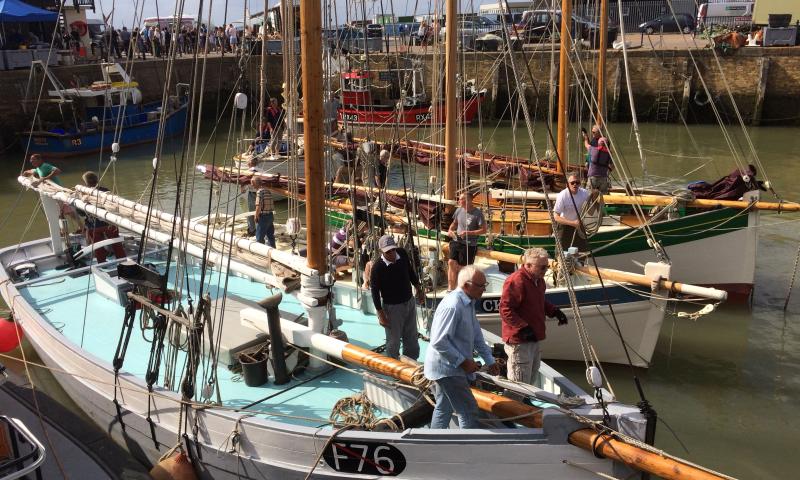 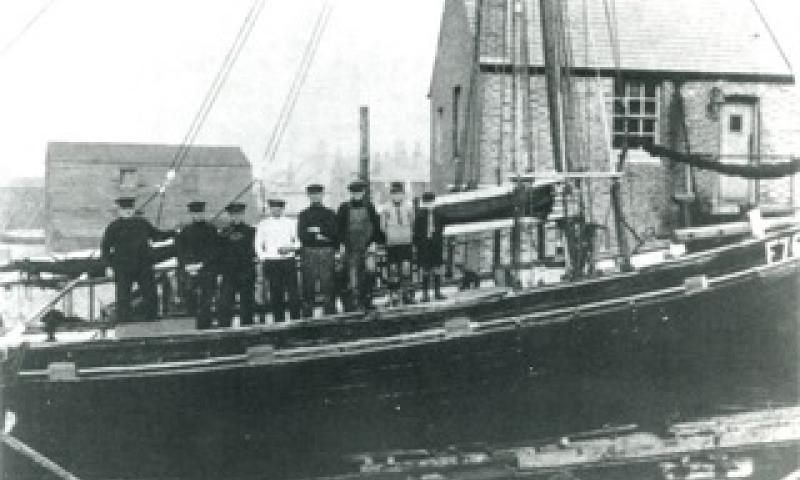 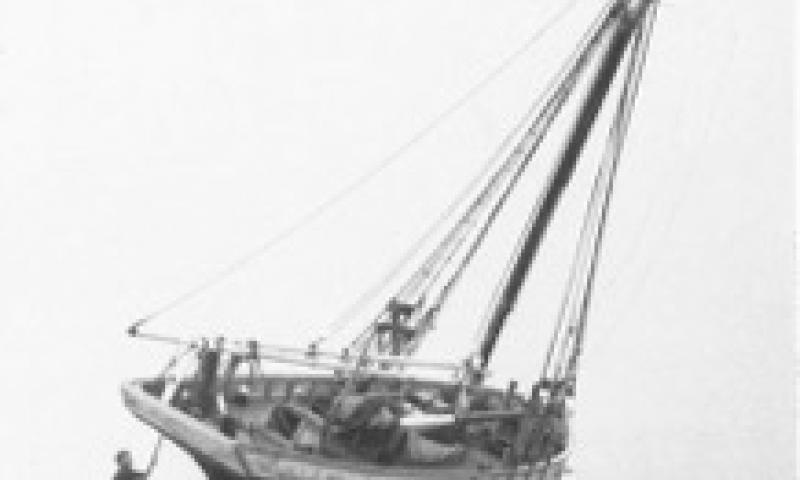 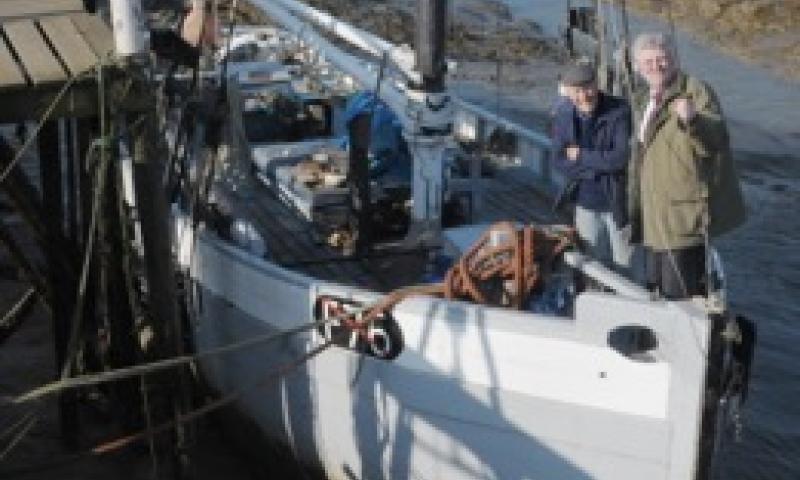 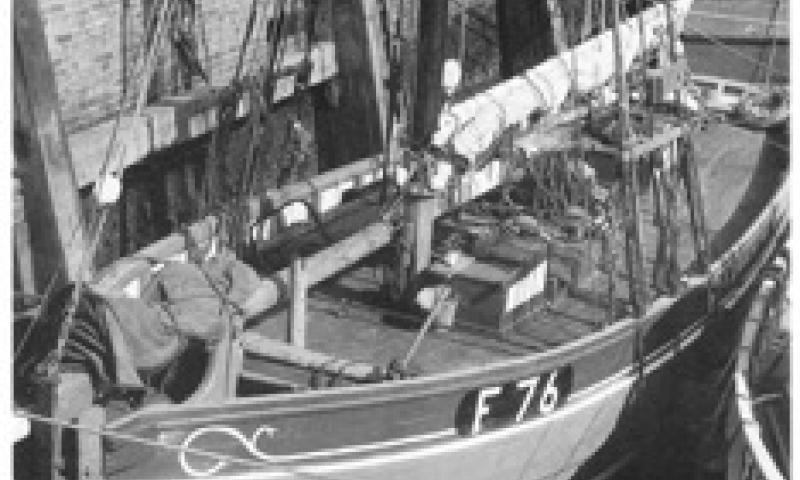 Gamecock, as one of the few remaining oyster smacks which were constructed, worked and conserved in Whitstable, is representative of a vessel built to meet the specific requirements of oyster dredging in inshore waters.  Continuous maintenance and careful reconstruction has sought to preserve as much of her original hull as possible.  Replacement of decking, planking and fittings has been carried out using like-for-like materials and traditional techniques.  Having never been modified for racing or cruising and never subject to a major rebuild, Gamecock’s essential configuration and hull form remain as designed and built.  This provides visitors with an authentic sailing experience under gaff rig that typifies the way in which the Whitstable built smacks handled the challenge of inshore dredging in the Swale.  The hull, beams and wooden deck fittings consist of oak, pine, larch and Douglas fir, with pine bulkheads and half round iron chain plates.  The deck consists of 4½” pine moulded x 2” sided, affixed to the beams by spike.  Where this has rotted, replacement by vertically grained Douglas fir has been effected, providing a stronger and more sustainable repair.  Frames are oak sawn to shape and built up of separate futtocks which are approximately 3½” moulded x 2 1/12” sided, with doubles in way of joints, spaced at approximately 12” centres.  The repair and reconstruction of both hull and deck fittings has been supervised by local shipwrights, many of whom have been trained by one of the few remaining craftsmen that worked in the local yards that originally built the Whitstable smacks.

2.      What are the vessel’s associational links for which there is no physical evidence?          Associations with people or places.  Off-ship research.

Gamecock, as one of the last surviving Whitstable oyster yawls, has very strong local connections to the town.  She was the last such vessel to be built by Collar Brothers shipyard situated on Whitstable’s foreshore at Island Wall which shortly afterwards went into liquidation.  Gamecock was commissioned in 1906 by Ernest Stroud, publican of the ‘Royal Native’ public house and local fisherman.  Stroud drew up the design in partnership with the yard and continued to work on her until he was aged 77.  His sons also worked on Gamecock and the private memoirs of Albert Stroud, which still exist, contain details of the vessel’s activities up to the First World War.  In 1914, at the last Whitstable Regatta before the War, Gamecock was first in her class at the Oyster Smack Race and the trophy survives today in the care of the Stroud family.  Between the World Wars, Gamecock was one of a fleet of approximately 70 yawls that worked out of Whitstable in a co-operative business centred on the Royal Native Oyster Company.  Following the decline of the oyster fisheries in the 1950s, Gamecock was purchased in 1962 by another Whitstable man Bill Coleman.  Following conservation work, Gamecock returned to dredging in 1966 and Bill continues to be associated with the vessel through the current trust.  Gamecock has been recorded on the National Register of Historic Vessels since 2015 and is a rare example of a non-modified type, which represents over 110 years of Whitstable history.

3.      How does the vessel’s shape or form combine and contribute to her function?    Overall aesthetic impact of the vessel, her lines, material she was built from and her setting.  Does she remain in her working environment?

Gamecock was built to carry out a single task and her simple construction and lines, whilst not especially pleasing to the eye, remain authentic to her purpose and working life.  She can be described as a ‘no nonsense’ working vessel with wooden hull and deck, equipped with a gaff rig that enabled her to dredge for oysters in a constricted waterway with the minimum of effort.  Outside of the oyster season, Gamecock’s gear was readily adapted for catching mussels, shrimp and starfish, which enabled a living to be made throughout the year.  She also dredged stone for cement as a last resort when dredging or fishing was unavailable or unprofitable.  Her ability to perform well in light winds was reflected in her victory in the Oyster Smack Race of 1914.  She remains in the port of Whitstable where she spent her entire working life and the intention is to return her to dredging under sail for educational purposes, to enhance tourism and to celebrate the town’s coastal connections.

GAMECOCK is an Oyster Smack built in Whitstable by Collar Brothers in 1907.  She is of pine construction and her present engine is a Lister diesel.  Built locally, worked locally, restored locally, she will be the centre-piece of a Maritime Discovery Centre to be established at Whitstable.  Whitstable Maritime is committed to retaining the original features.  Between the World Wars there were over 70 oyster yawls dredging in the Swale off Whitstable as can be seen in a film of the 1920's.  They were individually owned but worked as a co-operative based on a large building currently owned by the Royal Native Oyster Company. 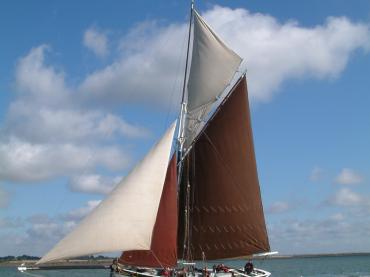 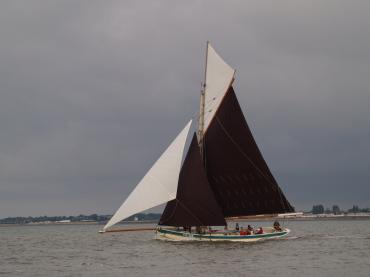 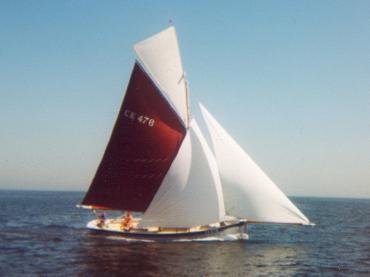