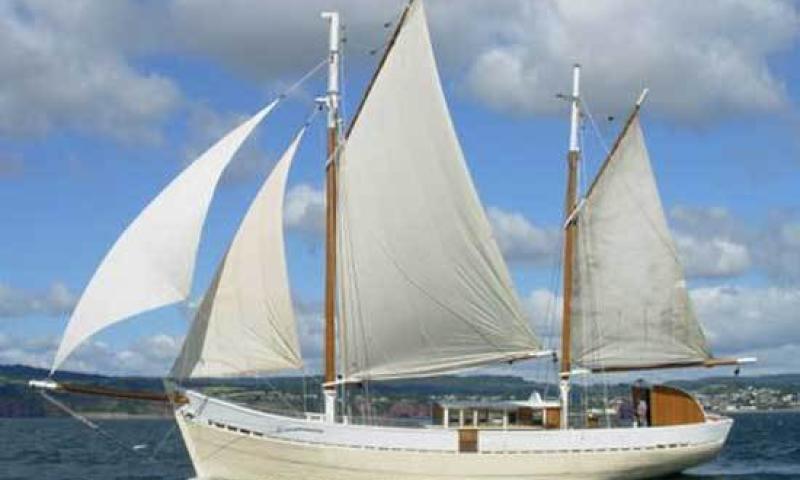 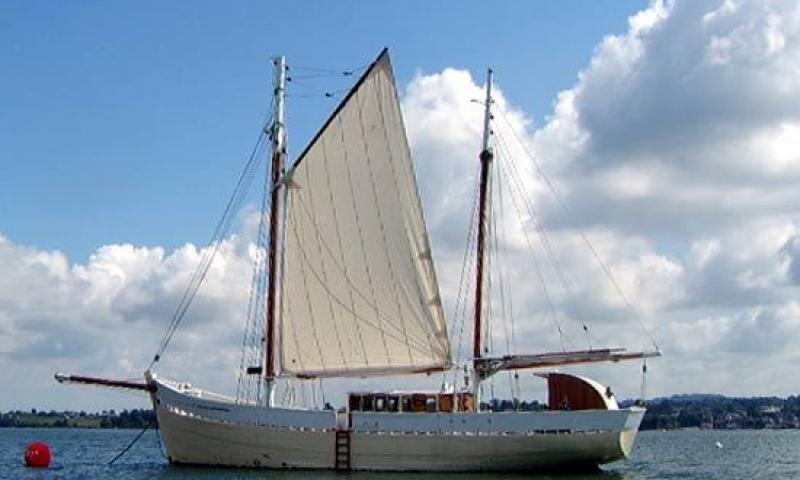 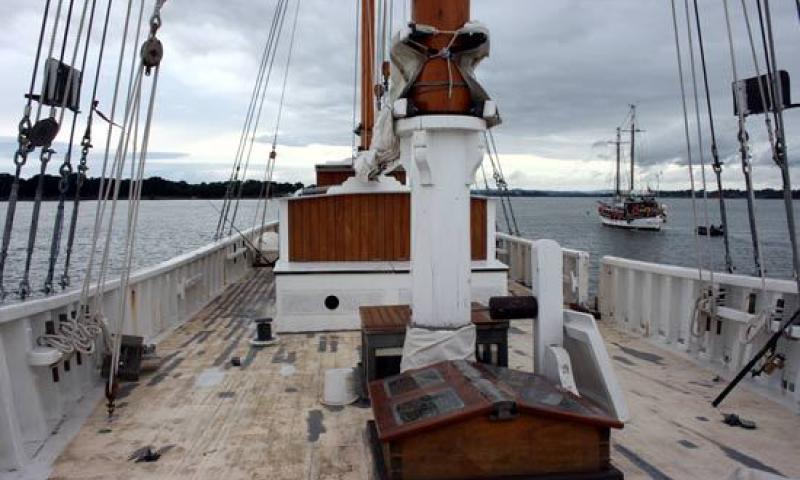 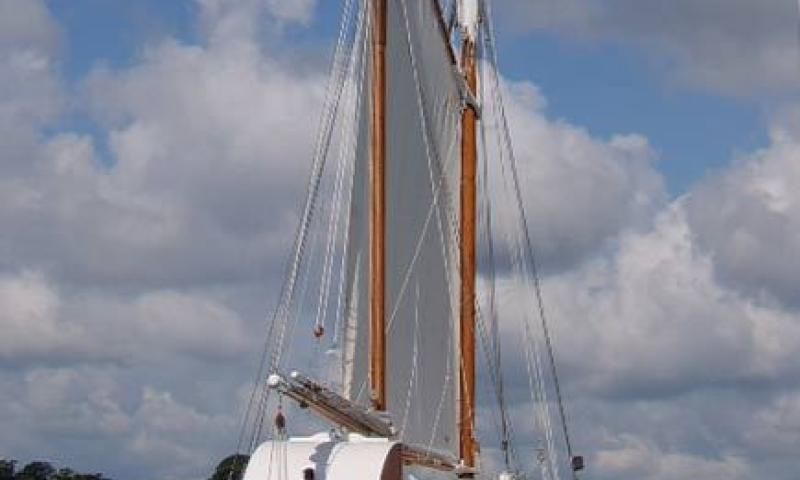 ALINE was built by A Hillebrandt in Ostend,Belgium in 1958 and transferred to UK ownership in 1974. She is currently afloat undergoing works to restore her as a sailing gaff rigged ketch. Planned renewals include a handful of new oak deck beams, several oak planks, a new mizzen mast, new bowsprit & a new laid deck. A couple of her frames require new sections to be scarfed in and her bulwark, capping rail & hatches need to be refurbished. The running gear, engine, rigging, plumbing & electrics are also scheduled to be renewed/refurbished. The works commenced in Nov 2015 and are expected to take 18 to 24 months to complete.

She represents the final chapter of commercially built wooden working boats in UK & West European waters; she was built at a time when most shipyards in Britain & West Europe had recently switched to steel boat construction. She is the culmination of centuries of wooden boat building tradition and arguably is the "most evolved" Brixham Trawler, being one of the last heavy oak carvel trawlers built just as steel became the material of choice. Brixham Trawlers were widespread throughout Western Europe and local shipyards often copied the proven design, evolving it to suit local conditions. Aline is a Norwegian design built for the North Sea and Northern lattitudes; her freeboard, bulwarks & bow are all taller than a classic Brixham Trawler, for the steeper chopier seas, and her oak planks are much thicker, to better fend off ice. She has doubled oversize oak frames, closely spaced large oak deck beams & oversized oak stringers. Her scantlings outmatch requirements for a boat her size by some margin; Aline is overbuilt and very strong, hence 90% of her oak hull timbers are still original more than 50 years after her keel was laid. Aline's hull is unique, intact, original and is historically significant; it represents the final evolutionary stage of commercially produced working wooden boats and is undoubtedly one of the strongest oak hulls ever constructed.