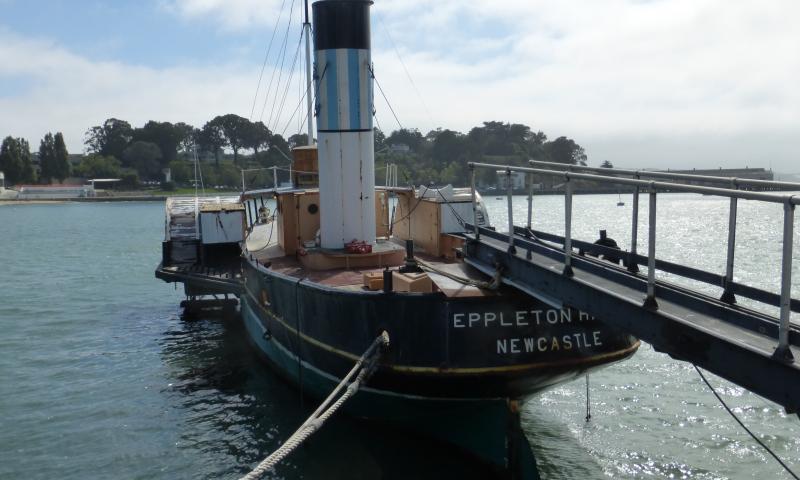 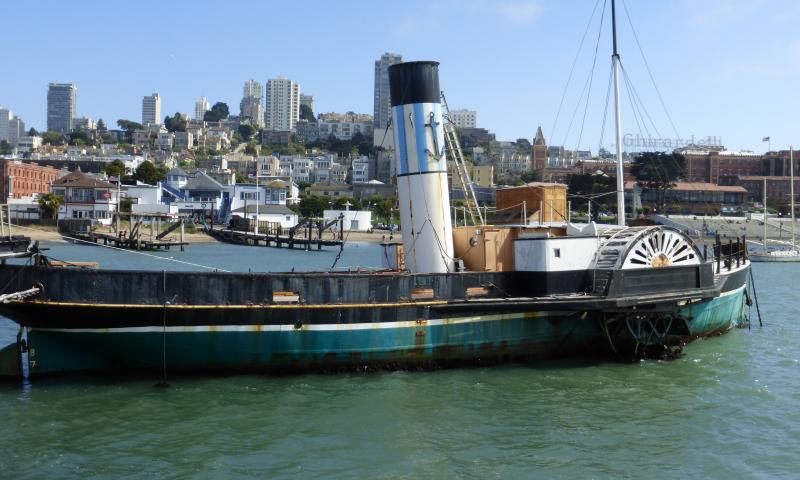 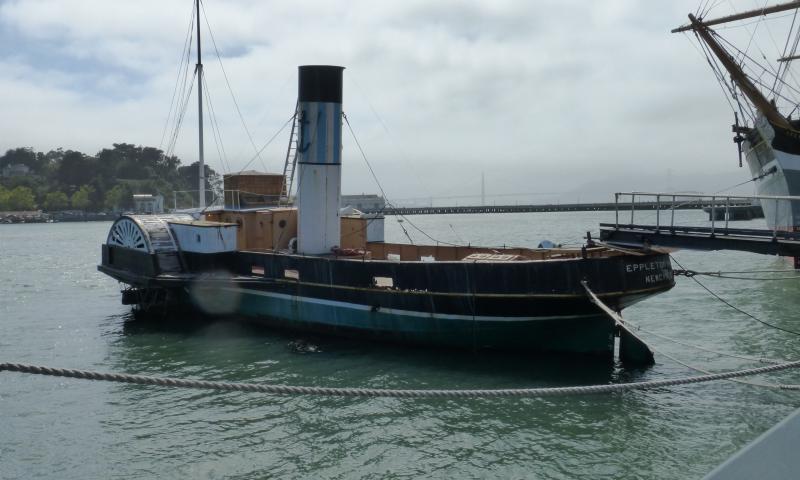 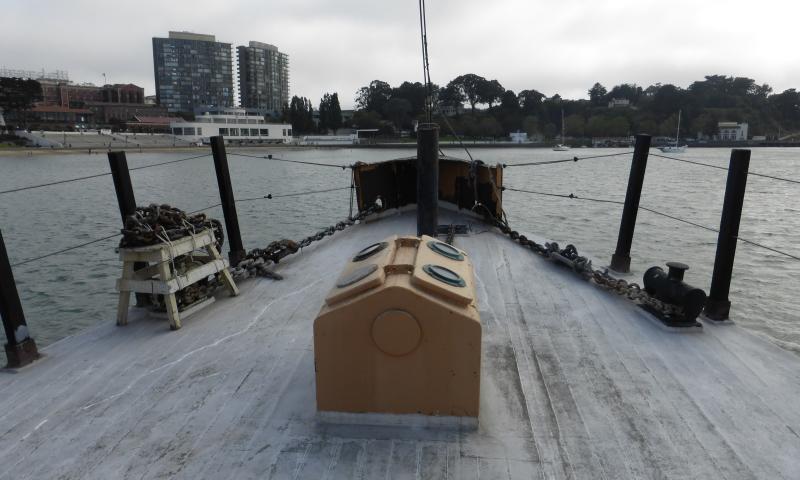 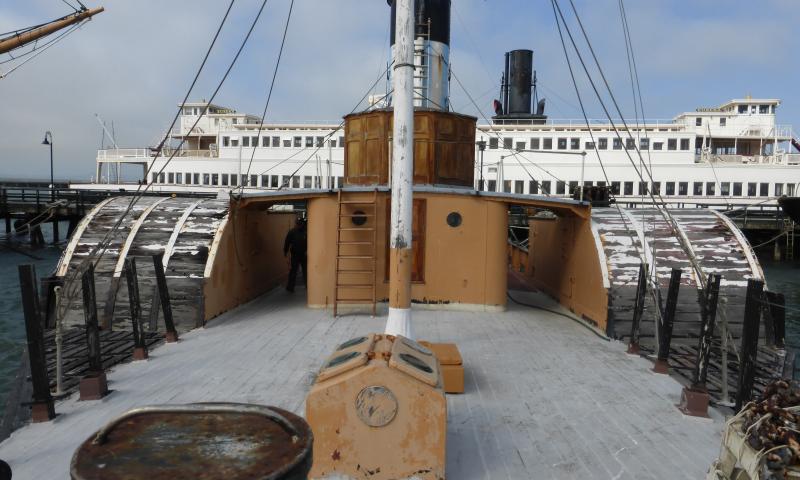 Eppleton Hall's current condition is rather dangerous in that she is not eligible for grants reserved for US built vessels, the ship is visible from and moored to Hyde Street Pier but is not now open to the public for boarding due to public safety concerns. After recent servicing and repairs to certain hull plates and painting with anti-foul etc. she is back in the water but still regarded as unsafe and her future is in the USA is regarded as tenuous.

Vessel's history
e.g. design innovations, historical connections (people and events), service history, originality (incl. hull timbers, plus changes to rig or engine), overall historical significance etc Eppleton Hall was built in 1914 by the Hepple and Company of South Shields, England, for the Lambton and Hetton Collieries, Ltd. The vessel, named after the Lambton family's ancestral home, was designed to tow ocean-going colliers (coal-carrying vessels) to and from the port of Newcastle on the River Tyne. Coal was a booming business, and days of transit time were saved by towing the sailing vessels upriver to load. The vessel was also used to tow newly-built ships out to sea. Eppleton Hall, a steam side-wheel with side-lever engines, is the only remaining intact example of a Tyne paddle tug. A direct descendent of the first craft to go into commercial service as harbor tugs, the vessel was engaged on the Wear and Tyne rivers of northeast England from 1914-1967. In 1946, she was purchased by France Fenwick, Wear and Tyne Ltd., which operated her in the Wear River until 1964 Eppleton Hall's steam engines are descended from a type first developed in England in 1828. The two large side lever engines, often referred to as grasshopper engines, operate the paddle-wheels independently, making the tug especially manoeuvrable in tight spots. Another unusual feature of the Eppleton Hall is its hand-forged boilers designed to use seawater. Every six weeks the accumulated salt had to be chipped out of the boilers and rinsed away. The advantage was that large freshwater tanks did not have to be carried aboard. As said, Eppleton Hall was not built at Sunderland. It was rather built, in 1914, by Hepple & Company Ltd., ('Hepple') then at South Shields. Not a giant shipyard by any means, but a long established company that in various incarnations dated back to 1852. The company built ships at South Shields from 1894 thru 1914 building modest cargo vessels & tugs, along with a variety of other vessel types including a ferry, an icebreaker & some trawlers. In 1919 Hepple became 'Hepples (1919) Ltd.' - The yard closed in 1923 & was sold to neighbours 'Brigham & Cowan' in 1924. In 1952, the tug was modified slightly to obtain a Passenger Certificate, so that she could transport officials from newly-launched steamers. Her last commercial owner was the Seaham Harbour Dock Board, which operated her from 1964 to 1967. 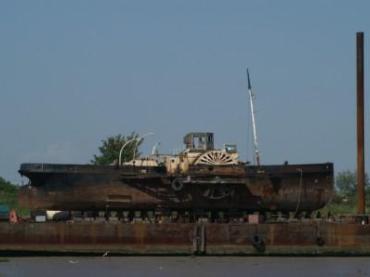