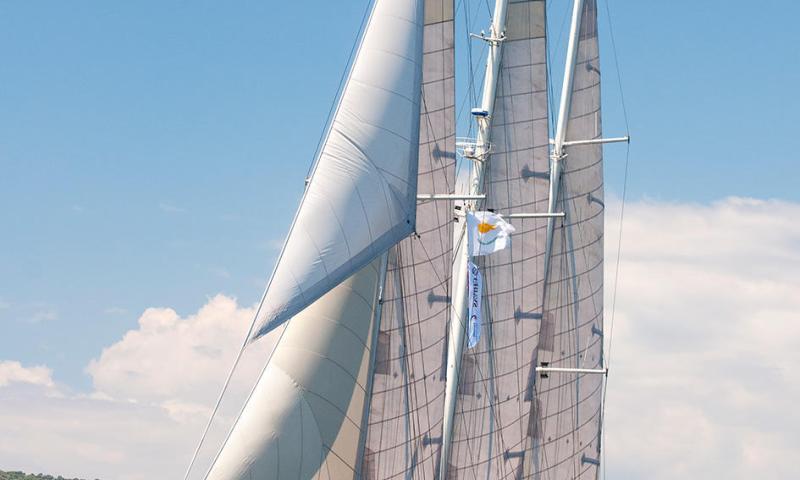 MALCOLM MILLAR was built in 1967 by John Lewis of Aberdeen as a Sail Training Ship and is a vessel of steel construction with twin diesel engines. Sold to a private buyer in May 2000, moved to Southampton and converted to a private yacht. Renamed HELENA C. MALCOLM MILLER was rebuilt and redelivered in 2004 as a private pleasure ship. She crossed the Atlantic ocean on two occasions. In June 2008 she was damaged by fire while being refurbished. In August 2009, the ship was moored to a buoy in Falmouth harbour, mastless and bearing the name MALCOLM MILLER. In November 2011, she was laid up off Tolverne on the River Fal. In January, 2012, she was towed to Saint Peter Port and then to Gdańsk, to undergo a complete refit at the Conrad shipyard. She was relaunched in 2014.