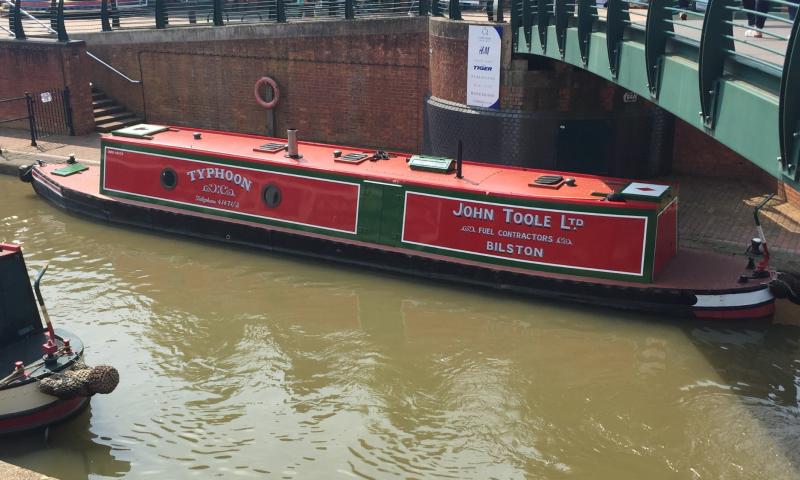 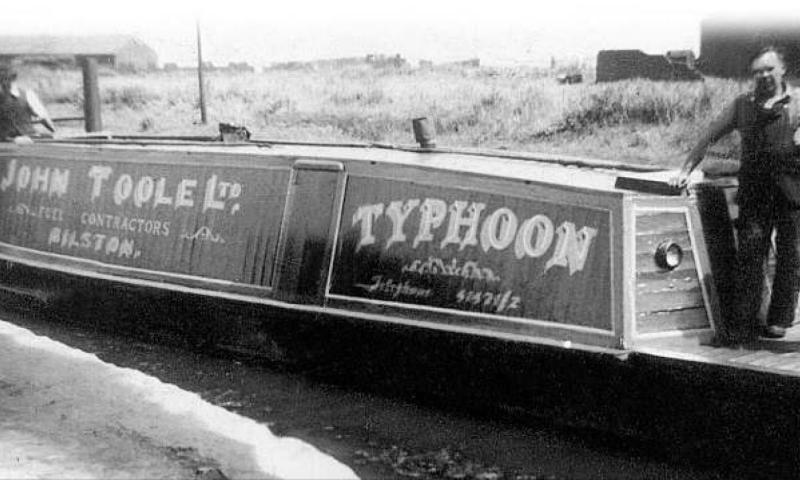 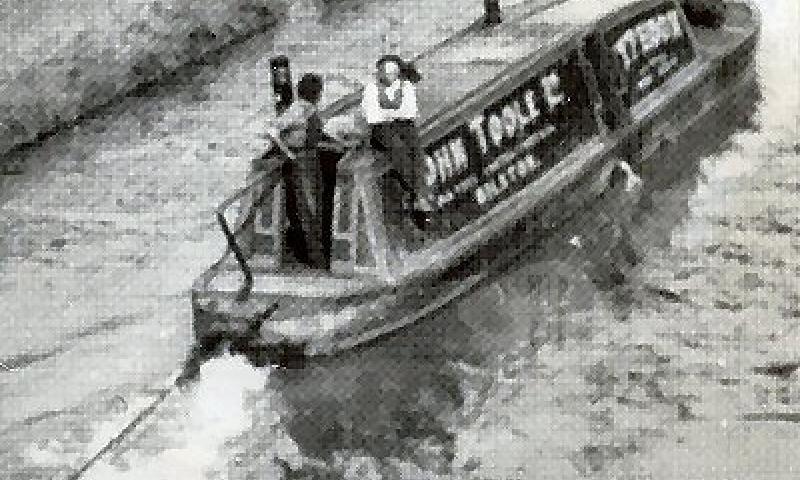 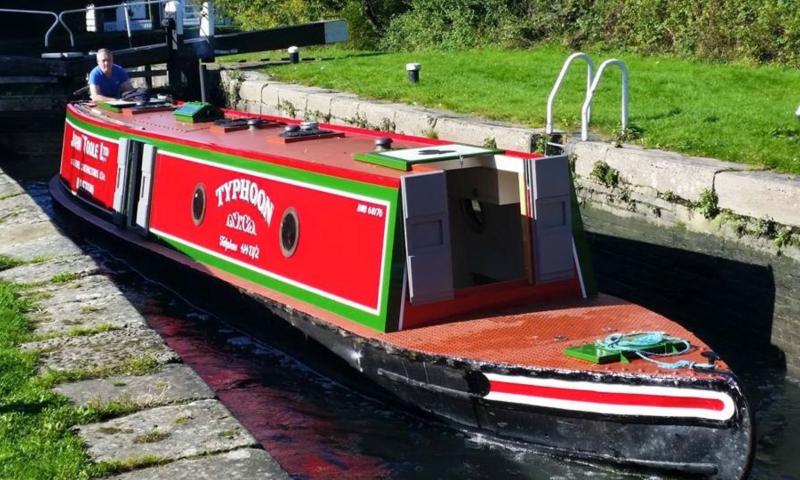 TYPHOON was built around 1943, by Harris Brothers, based at Bumble Hole Basin, Netherton. It is believed eight tugs were ordered by The Ministry of Supply, to assist the transportation of goods & materials around the midlands to aid the war effort. Hence some of the tugs were named after aircraft of the time such as TYPHOON, SPITFIRE, HURRICANE, TEMPEST, and DAKOTA. The hulls of these vessels varied between 40 & 45 feet, with a narrower beam than a typical narrowboat of 6'6". They are constructed from 'Birmingham Iron' & lap plated (presumably to conserve valuable materials at the time. They also have a semi rounded bottom, enabling to operate as ice breakers if the need arouse. It is mentioned in Midland Canals by Robert Davies, that the damage to TYPHOON's bow was particularly attributable to this. In 1965, Typhoon was sold at auction to the Aylesbury Boat Co, from where John Balaam & his friend Alan Webster bought it. TYPHOON then travelled to Southall on the Grand Union in 1965 & has been based at the same mooring ever since. TYPHOON is one of around eight BCN tugs built during the Second World War, specifically for that purpose. 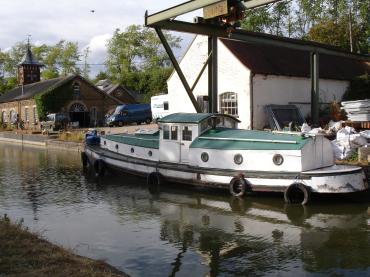 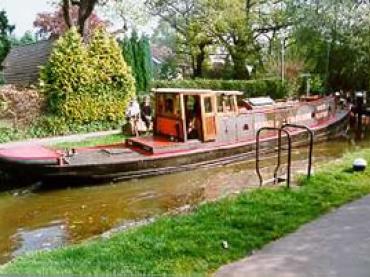 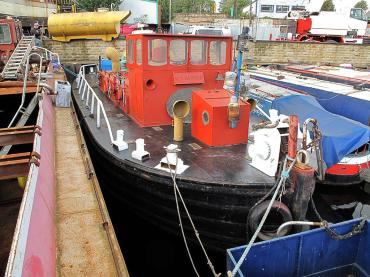 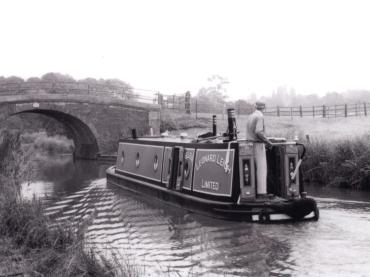