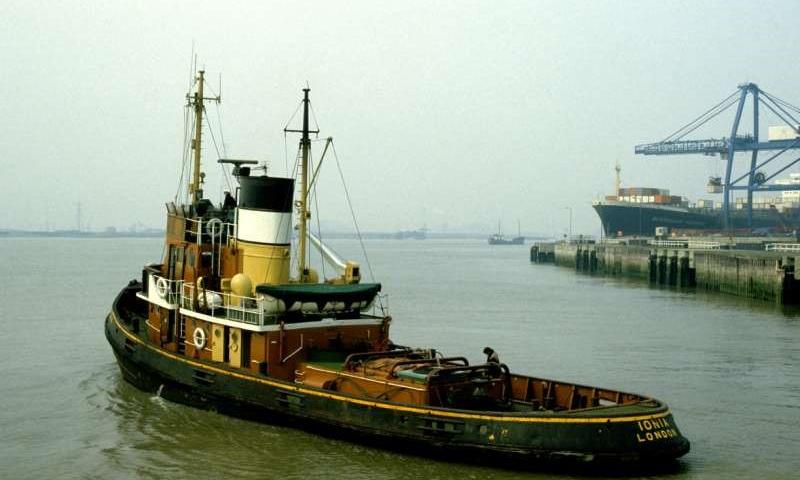 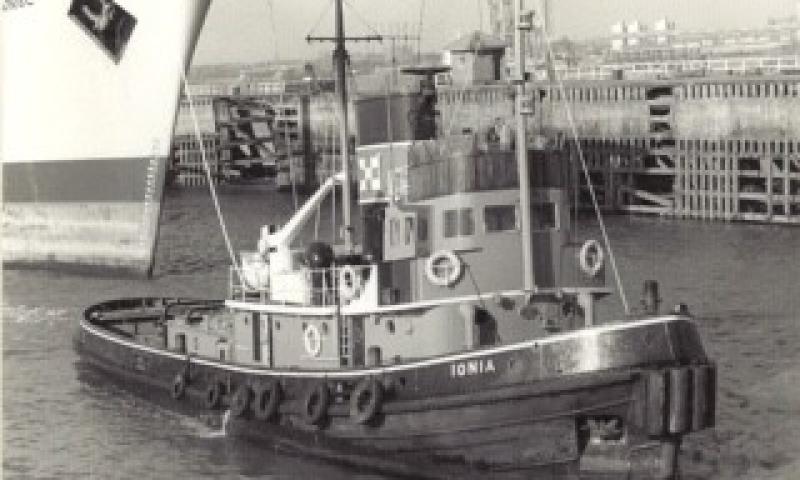 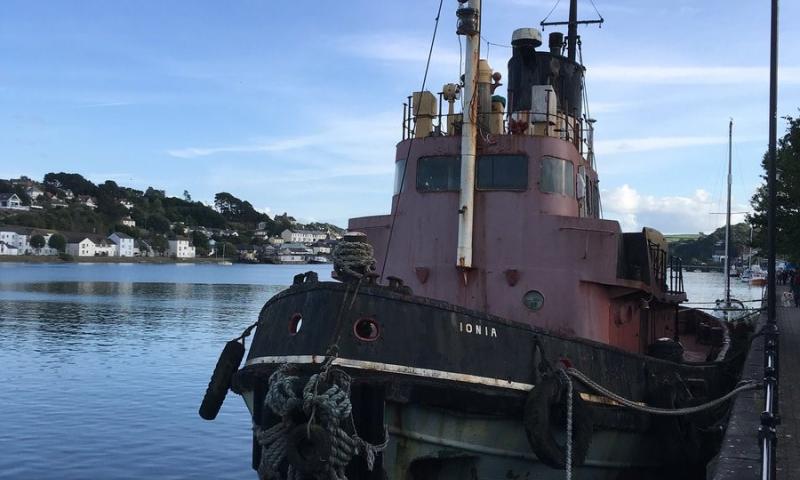 IONIA was built in 1960 by Henry Scarr Ltd as a single screw diesel tug for William Watkins Limited. She was built to Lloyd’s A1 “For Towing Services” specifications and to the rules and regulations for tugs of class IX. She was fitted with and still has a British Polar type M46M straight 6 cylinder engine and rated at 960 B.H.P at 250 RPM. This is capable of running at about 300 RPM when the tug running free, giving a speed of 10 knots and a rate bollard pull of 22 tons. In 1973 she was fitted with a gear box to replace the original direct drive, meaning she can reverse without the engine being started in reverse. About the same time she also had a Westington House Air Control System installed to allow bridge control, alongside the original telegraph system which could be restored. She worked in London as a Thames River Tug until 1987, when she was sold to the Falmouth Towing Ltd and renamed St MAWES in 1988, where it is understand she worked out of Falmouth. She was then laid up in London after being sold to Anderson's, and came to lay in Bideford about 2002. She was renamed IONIA by her new owner Exploring Life Ltd. She was purchased by her current  owners in August 2007 in order to restore, preserve and share the history of this commercial vessel as a public interest at Bideford Harbour.