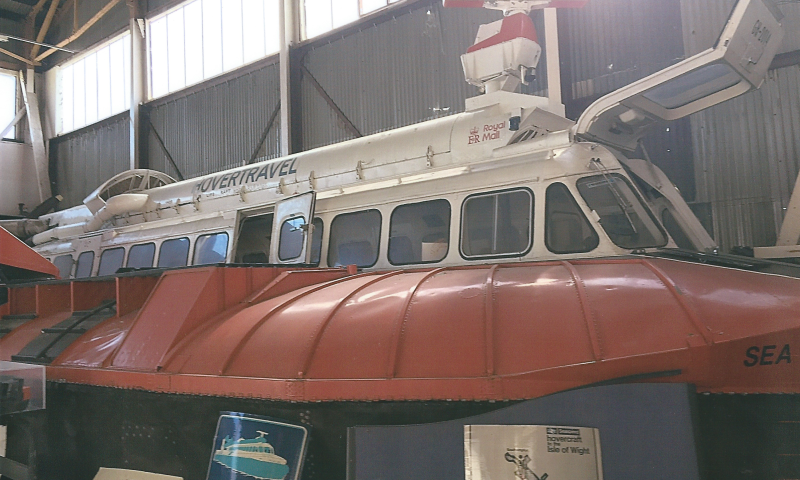 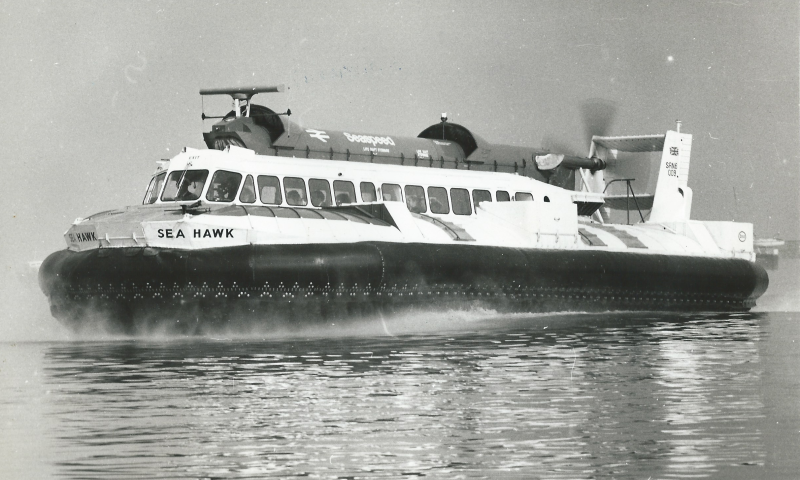 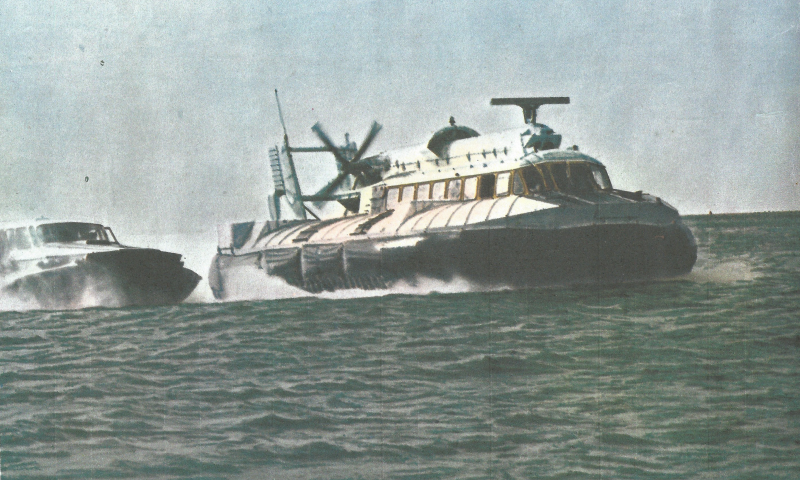 SEA HAWK was launched in March, 1965. She was the original prototype SRN6 Mk 1, the very first passenger SRN6 in the world, and the first hovercraft built for commercial operation. She was also the first SRN6 to be 'stretched',  and she is the only remaining SRN6 Mk 1S left in the world. She took part in the film 'Murderer's Row' starring Dean Martin before joining the Solent service to the Isle of Wight. In 1971 she became the first hovercraft to be converted to an SRN6 Mk 1S, and in 1972 she was relaunched and became the first SRN6 Mk1S to be used in commercial service, for Seaspeed.

On conversion, she became 4 bays longer (9ft 8inches or 2.9m) than the standard SRN6, and she could carry 58 passengers, as opposed to 38 on the standard SRN6. In 1975 she operated a service between St Andrews and Carnoustie during the British Open Golf Championships, and in 1976 she took part in the Algiers Trade Fair. After 36,000 running hours she became the most used hovercraft in the world at the time. At the end of her service life she was initially donated to Southampton City Council before being passed to the Hovercraft Museum Trust, where she is now on display. 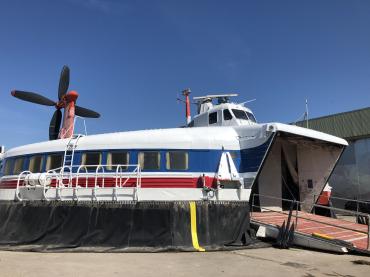