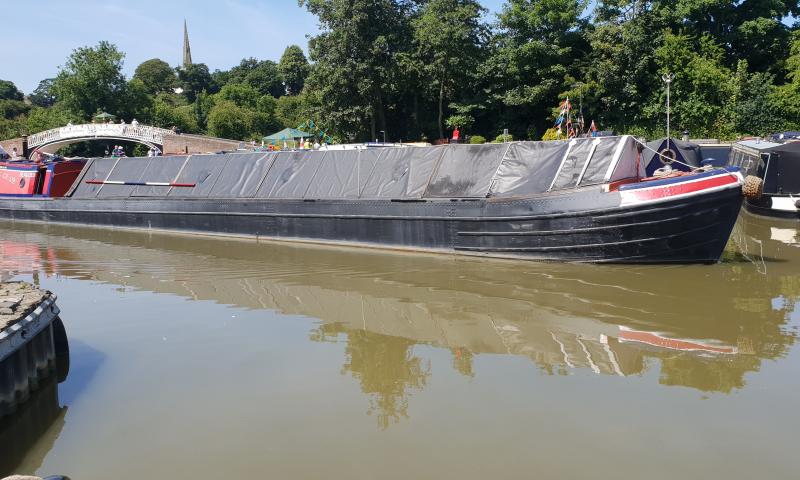 BEAULIEU was built for the Grand Union Canal Carrying Company (GUCCC) by Harland and Wolff at their shipyard in North Woolwich, London in October 1936. She entered the GUCCC fleet in December 1936 as Number 113, being originally paired with the butty BEDWORTH, Fleet Number 231. Known as a ‘Big Woolwich’ or ‘Town Class’ motor, BEAULIEU was built as part of the company’s massive expansion program undertaken with the help of a government grant in the 1930s. She is one motor boat of 86 pairs that were delivered between 1936 and 1938 and named after the towns and villages of the British Isles. They were a development of the smaller ‘Star” class boats built in 1935. At 71ft 6in long and 7ft beam, the Town Class boats had holds that were 4ft 9½in deep. The motor boats were designed to give a loaded speed of 6 knots and the pairs were intended to carry 72 tons on a draught of 4ft 3in, and were some of the largest craft in regular use on the narrow canal network.

Crewed by one family, BEAULIEU would have worked with her butty predominantly carrying general cargo to and from London, Birmingham and the Warwickshire coalfields along the Grand Union and Oxford Canals. Despite their ambitious plans and well designed boats, the GUCCC never made a profit and in January 1948 it was nationalised along with most of the canal network. BEAULIEU was transferred into the British Transport Commission (Docks & Inland Waterways Executive) South Eastern Division fleet, which later became part of the British Waterways Board (BWB). Canal carrying was in steep decline by the 1960s and after BWB ceased most of its carrying activities in 1963 BEAULIEU was leased to Willow Wren Canal Transport Services Ltd of Southall between 1963-67. From 1967 until early 1968 she was stored, minus her engine and semi-derelict, on the Wendover Arm near Tring until offered for sale. She was purchased privately and towed to Birmingham for restoration.

BEAULIEU was originally fitted with a water cooled National 2DM engine and Bruntons gear box, which was replaced by an air cooled Petter PD2 and Parsons F-type gear box in 1960. In 1969 she was re-engined with a water cooled 2 cylinder Ailsa-Craig RF2. The Lister HR2M air cooled twin cylinder marine diesel engine and Blackstone gearbox currently fitted dates from the 1970s and was installed in 1987. The under-cloth conversion was fitted in 2012 by her previous owners and retains the original appearance of the boat, whilst providing a comfortable and modern living space within. Originally painted in a two tone blue livery, BEAULIEU is currently painted in the simplified GUCCC ‘War Time’ dark blue and maroon livery. 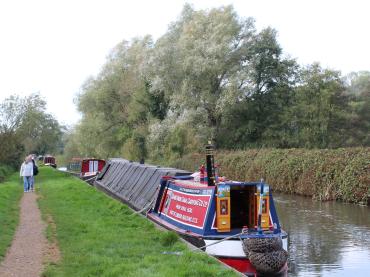