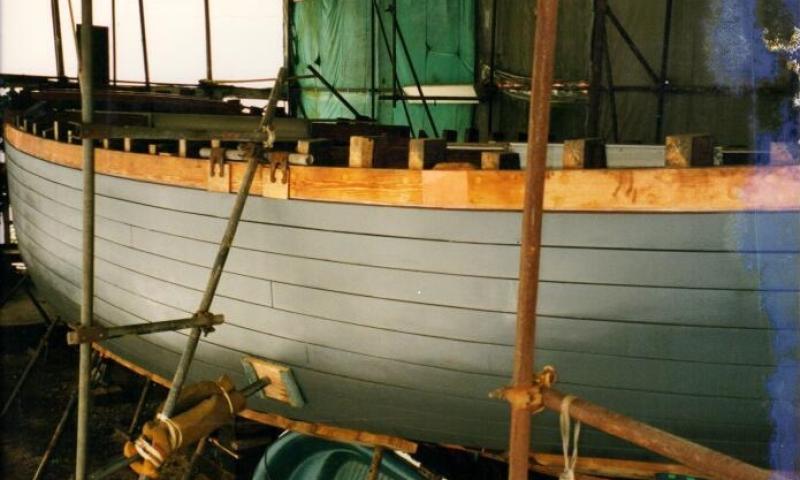 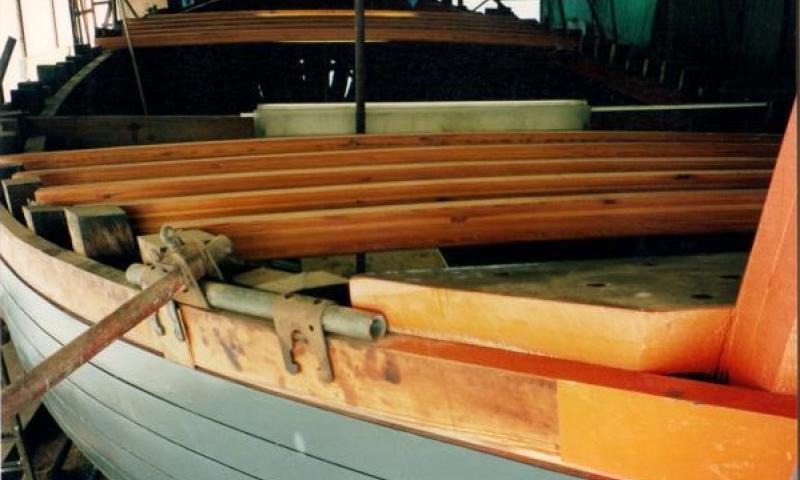 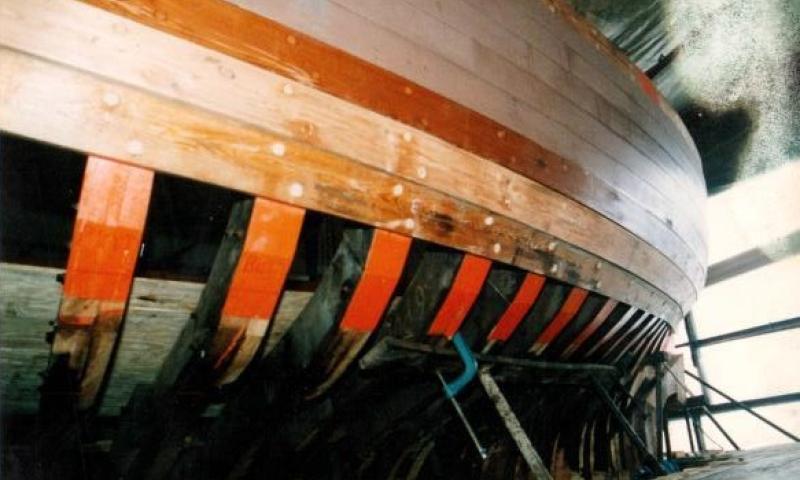 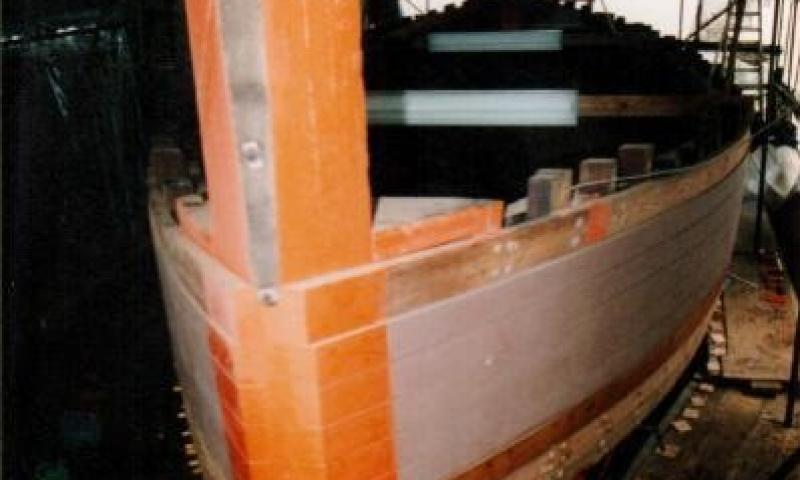 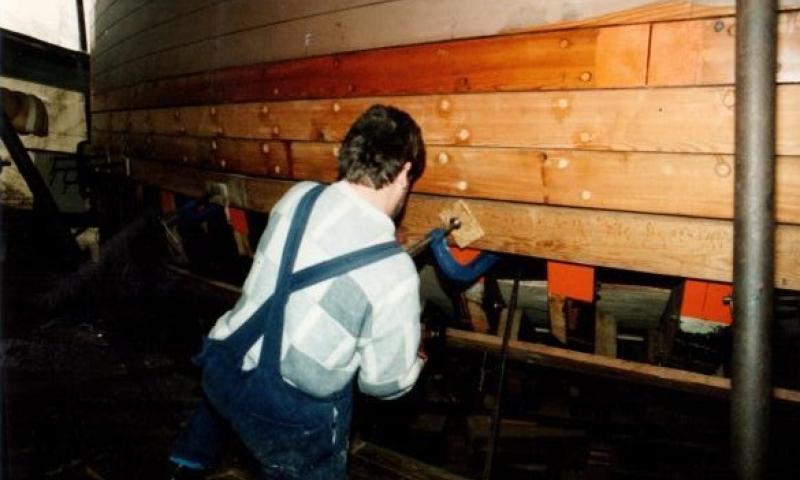 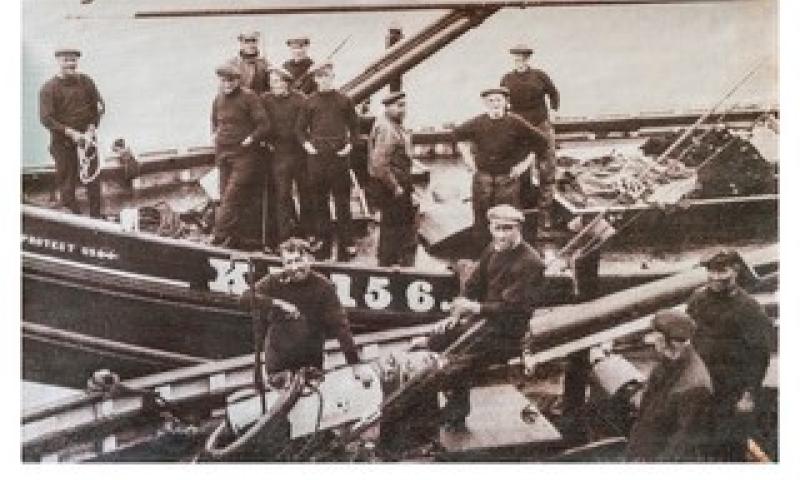 PROTECT US was built by Walter Reekie of St Monans in 1924 and is the last of four fifies remaining, and the last of the combined sail/motor herring drifters built. She fished out of KIrkcaldy from 1926 under her number KY156, landing catches at the local East Neuk ports of Pittenween, Kirkcaldy and Anstruther. It is believed that she continued in use as a fishing vessel until just after the Second World War, around 1947. In 1989 she was discovered rotting in the Tyne mud in Newcastle, having been abandoned. A total rebuild of the vessel was undertaken over a period of 30 years. She was fitted with a 3 cylinder Kelvin engine of 66hp, but this has since been removed. Her rebuild has been carried out according to White Fish Authority, Herring Industry Board rules for the construction of wooden fishing vessels, which list the dimensions of every part of the boat and the correct building procedures. She has been fitted with all new oak frames and iroko stem/sternposts, and pitch pine planking. Her hull and outfitting are awaiting completion at Bristol Classic Boats. She is currently incomplete below the water, but the plan is to complete her and have her working as a charter and educational vessel on the West coast, possibly out of Crinan. Once complete over 90% of her will be in new but traditional materials. 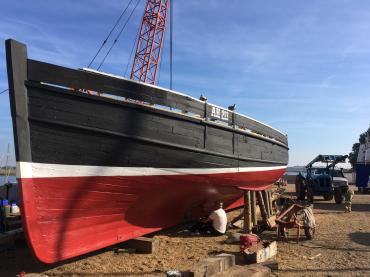 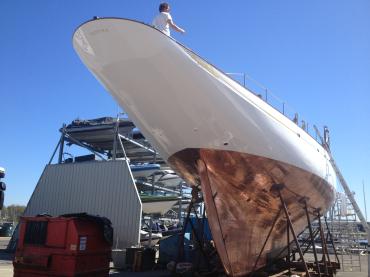 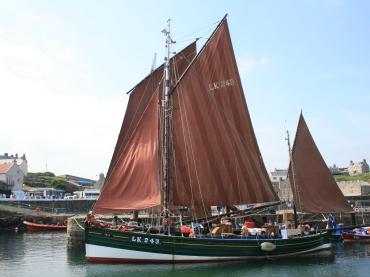 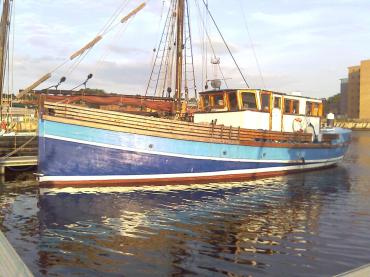