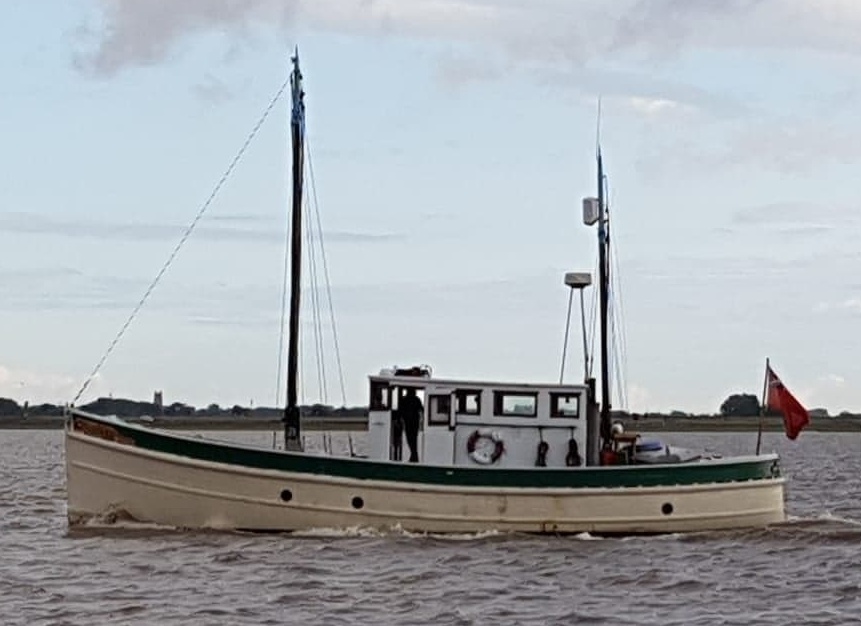 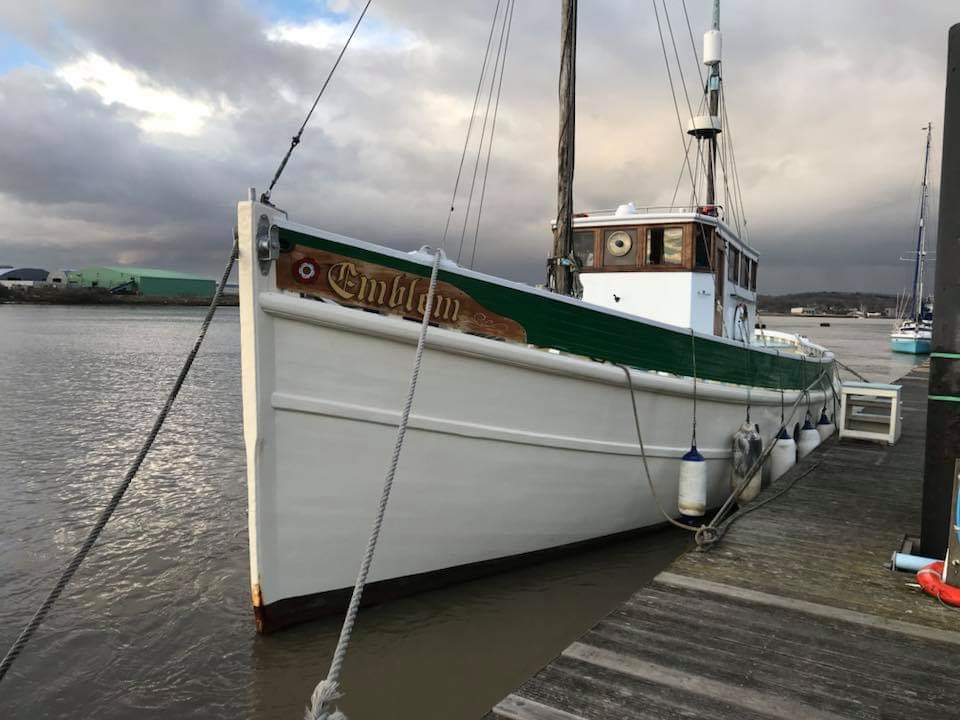 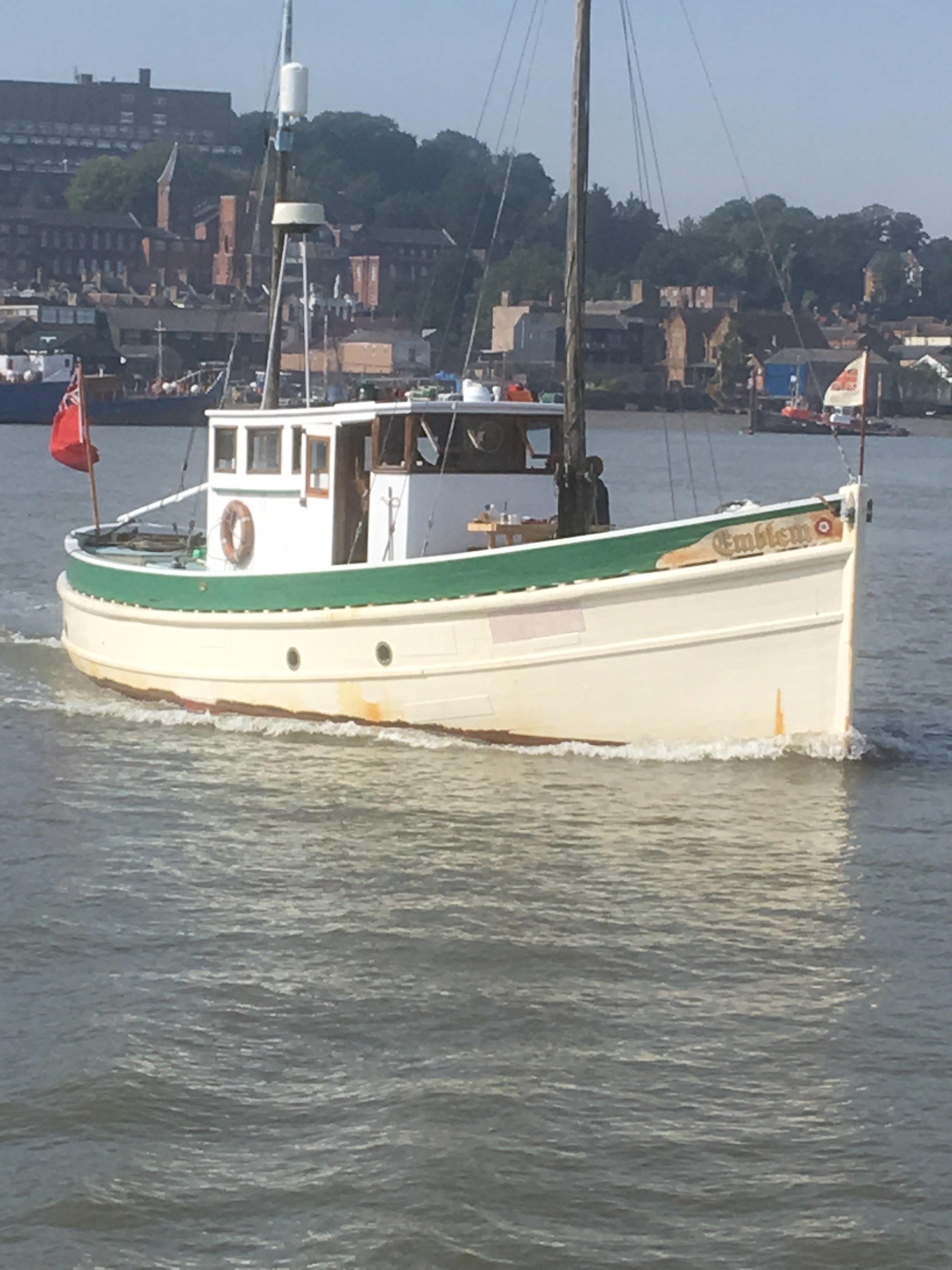 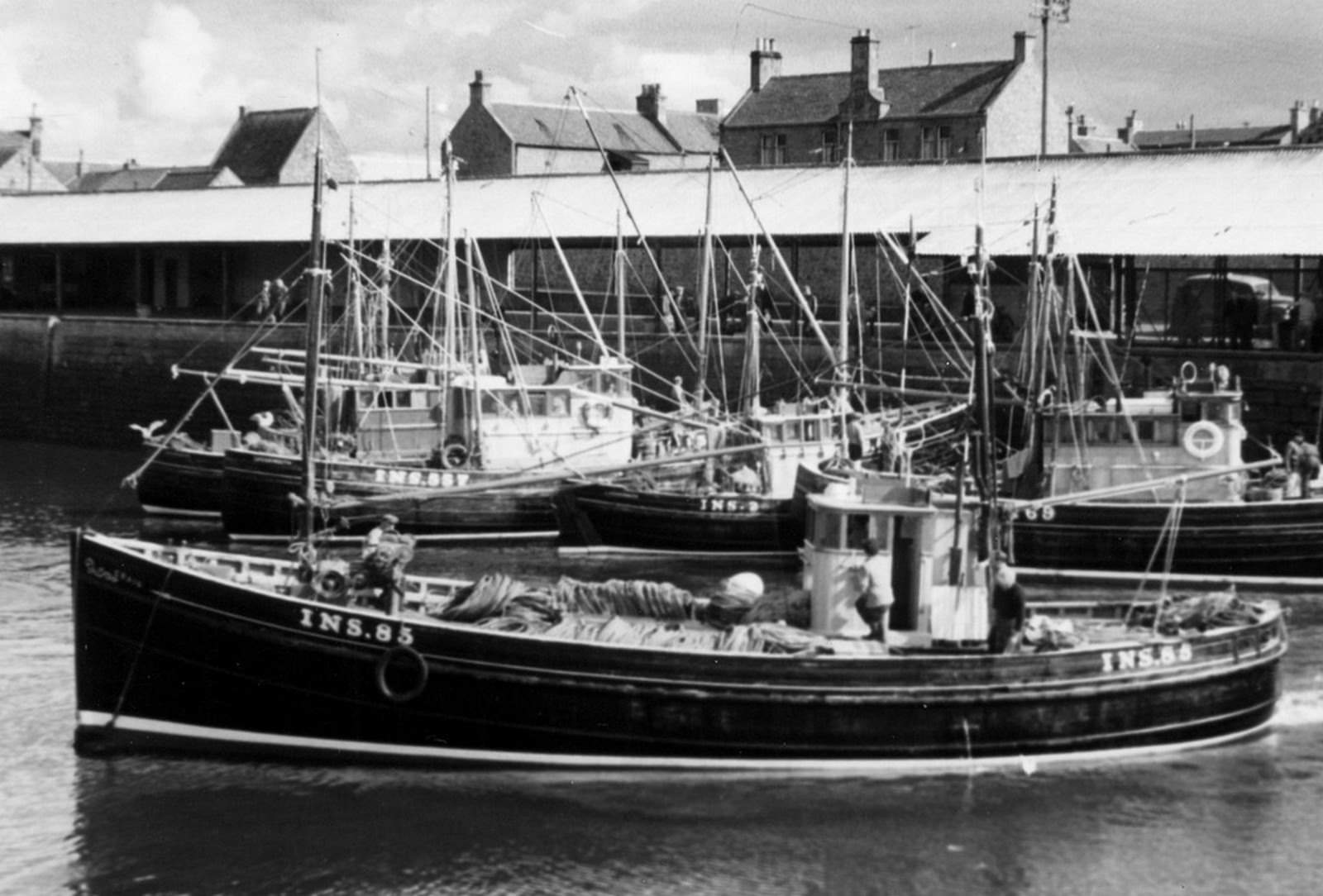 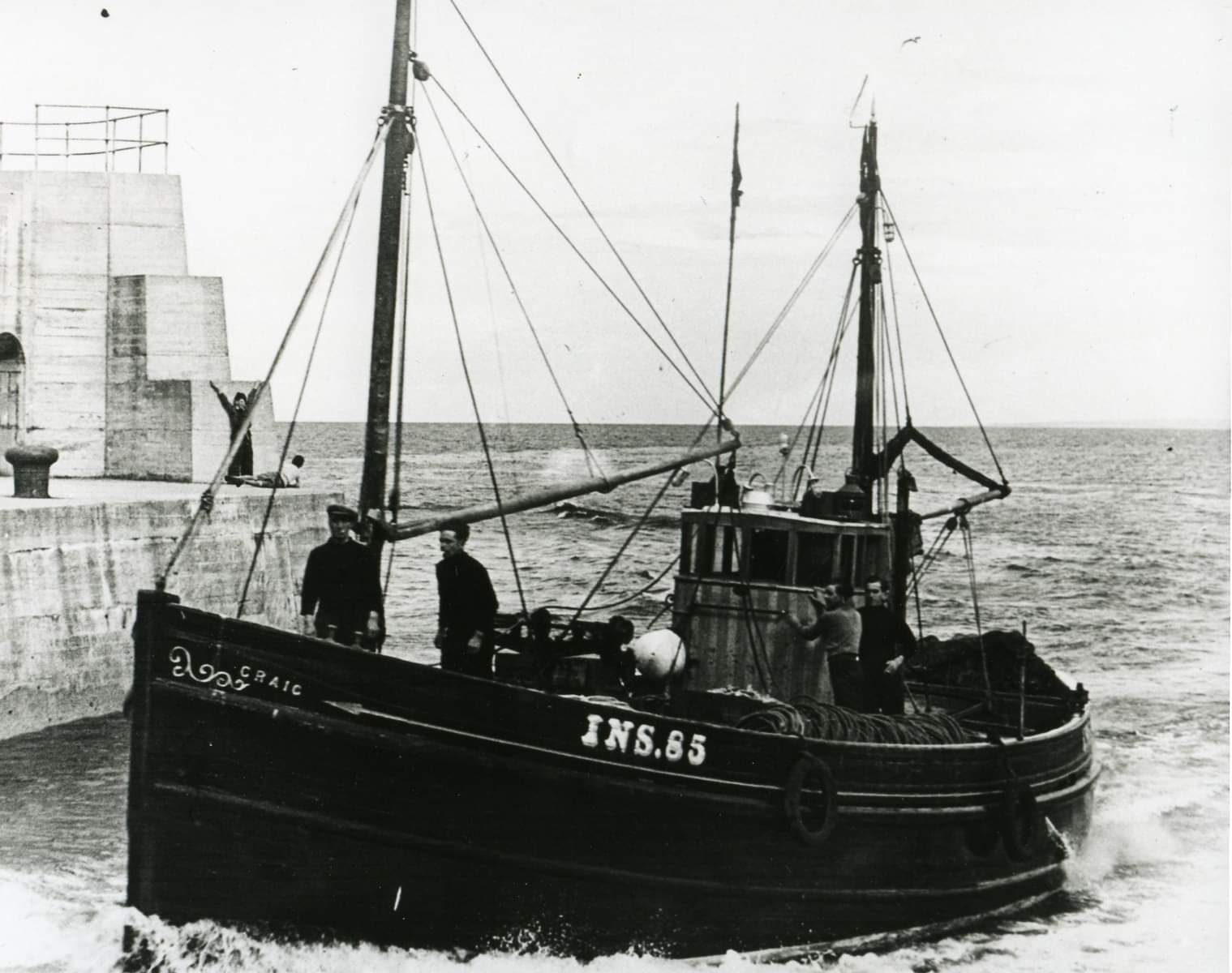 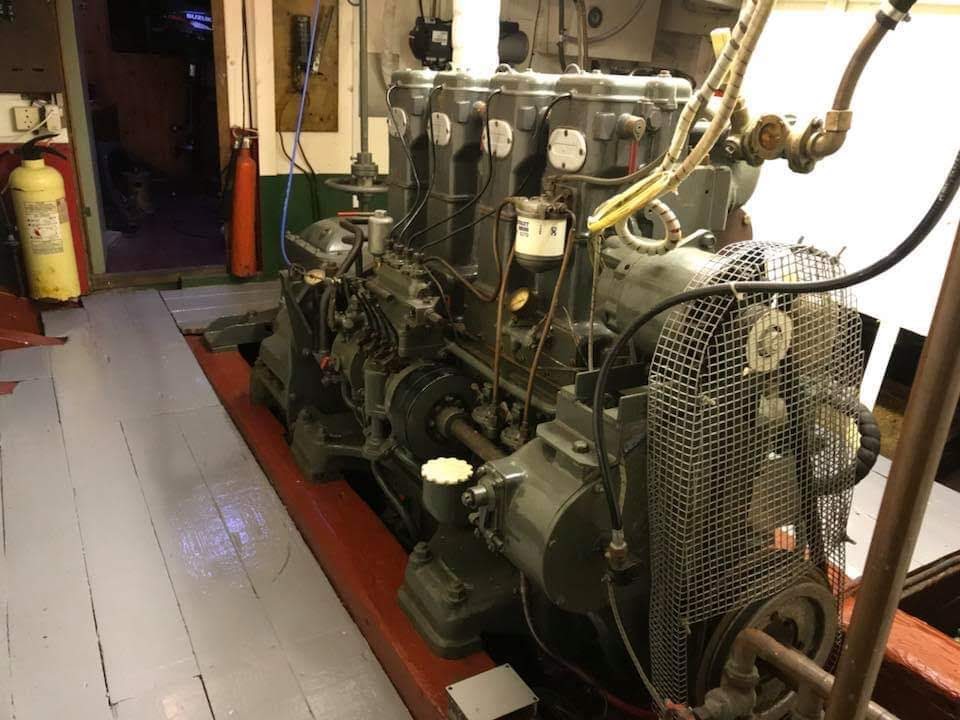 EMBLEM was built for a Mr Ralph of Lossiemouth and launched in 1934 as Craig, initially fishing out of Inverness with the official number (INS85).  Some early surveys suggest she may have  been taken into Admiralty service from 1939 to 1944.

In 1950 her original 55hp Petter engine was replaced with a 75hp ex Admiralty Gardner 4L3 (this engine is still giving sterling service today after a full top end rebuild in 2017).  In 1957 Craig changed hands and was bought by John Noble of Frazerborough before passing into the ownership of Joe Noble.  It was at this time that she was renamed EMBLEM and fished under her new registry of (FZ33).

In 1961 EMBLEM was bought by the R. G. Kemp Shipyard in Southampton before being sold to a John Hill of Southampton in 1963.  In 1974 she again changed hands, passing into the care of an E. D. Hosforth of Bedford and it is believed that he undertook the conversion of EMBLEM to an Auxiliary Ketch.  At this time she was registered with Lloyds and commenced fishing out of Southampton under her new registry of (SU38).

Eventually, she was again sold and once fitted with a more yacht like interior, she was moved to the river Medway and was a frequent sight along the South Coast as far as Cornwall, attending classic boat festivals in Europe and the UK.  Presently she is lying in the River Humber awaiting considerable restorative works expected to be completed during the summer of 2020. Once completed she will return to her permanent berth in the North East of England.