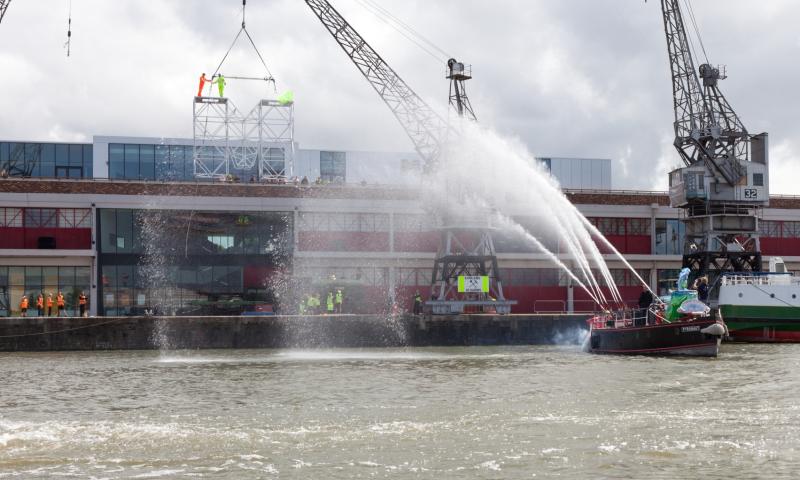 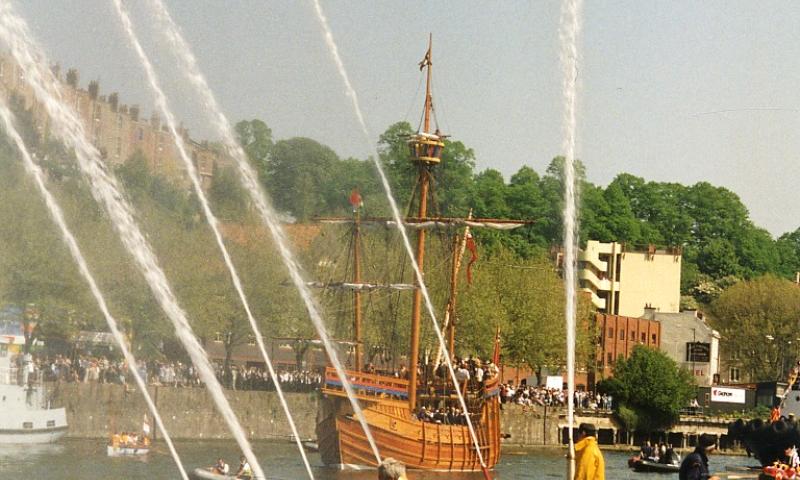 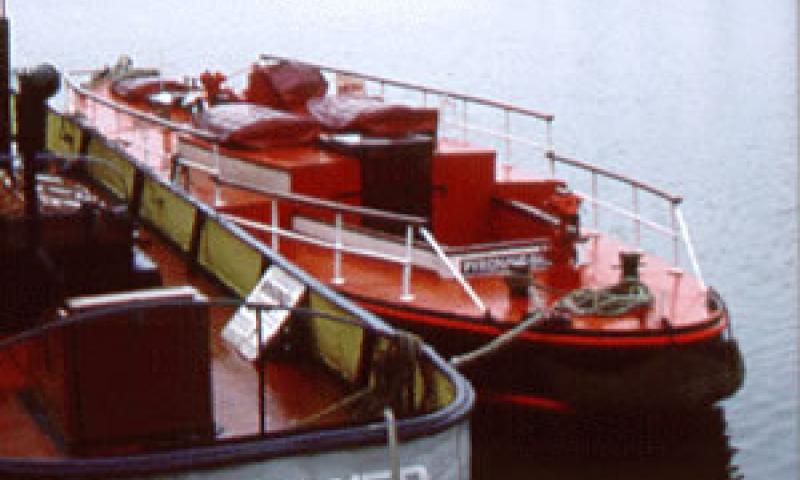 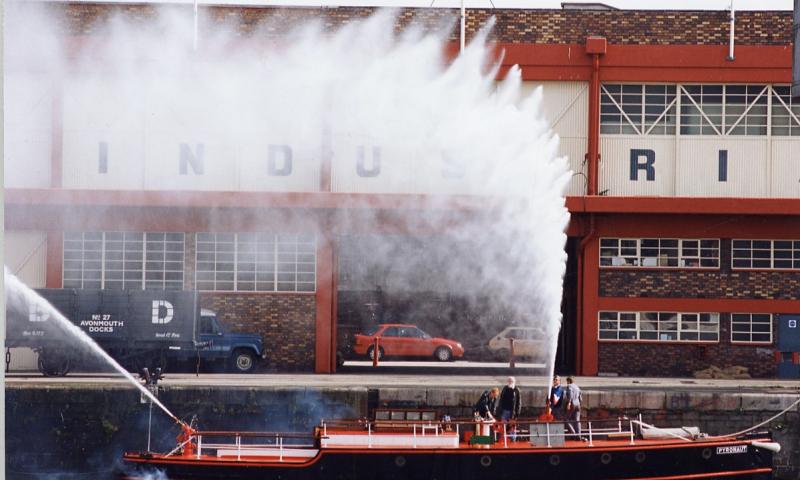 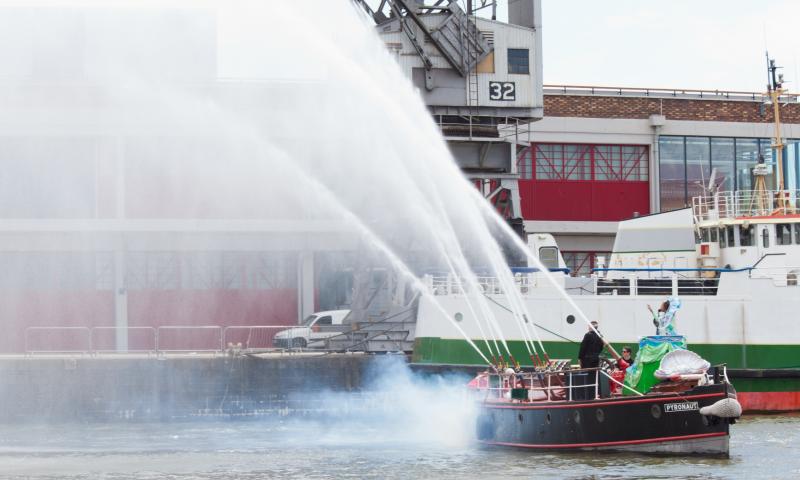 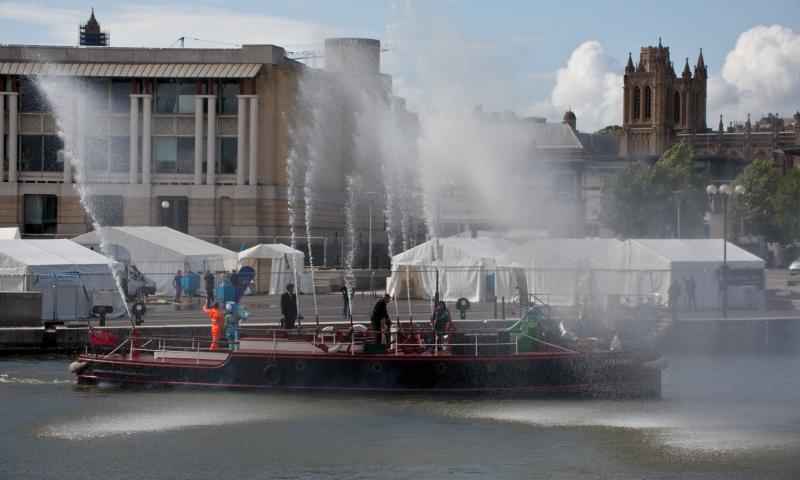 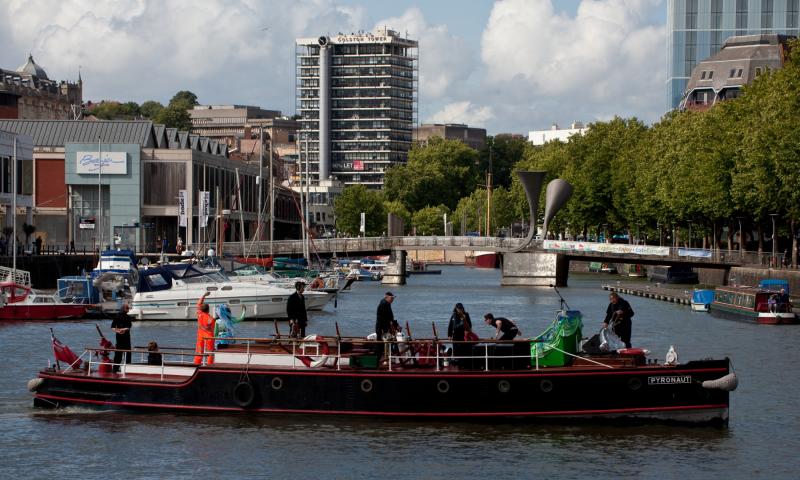 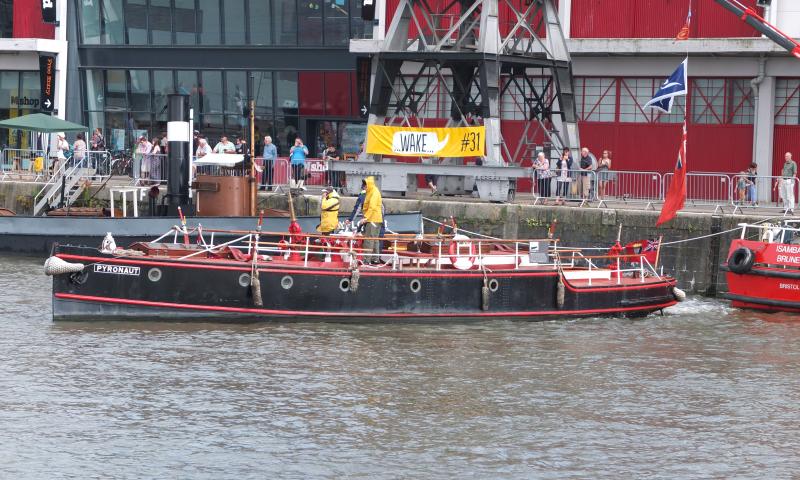 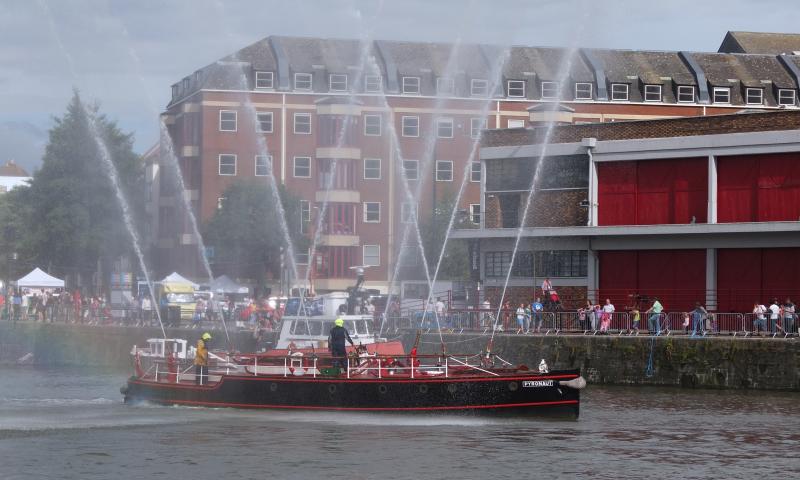 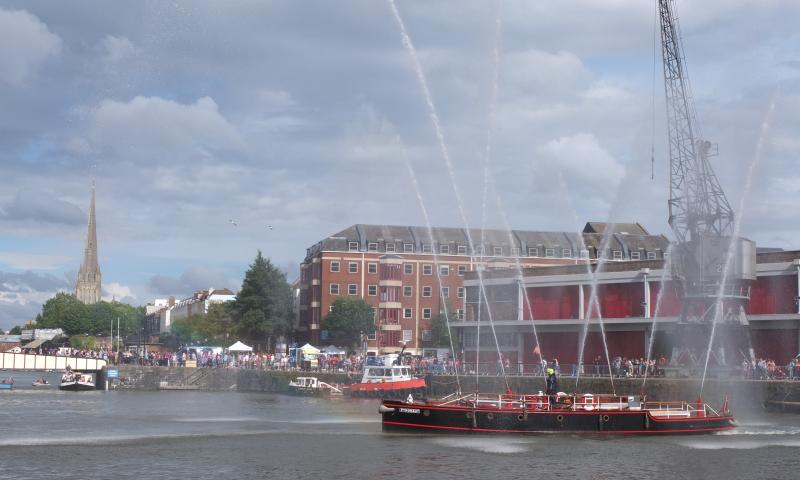 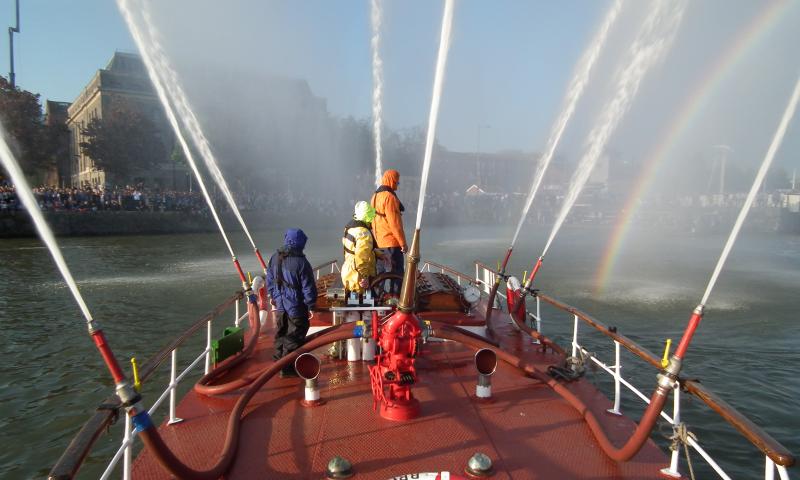 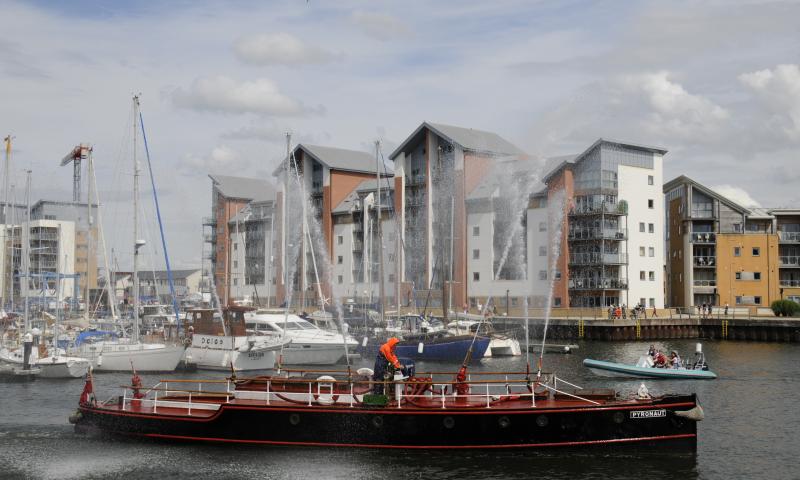 PYRONAUT was ordered by Bristol City Council for fire-fighting in City Docks. She was crewed by 3 firemen, including an engineer stationed in the engine-room.

During the first two years of her life, PYRONAUT attended major fires at Robbins’ timber yard, Charles Hill’s shipyard and William Butler’s tar distillery at Crews Hole. She attended many major fires in Bristol during the Second World War. As cargo trade shifted progressively from City Docks to Avonmouth, PYRONAUT would also motor down the Avon to fight fires there too.

Her original Petter Atomic oil engines and Merryweather 3-cylinder reciprocating pumps were replaced by Ruston Hornsby oil engines and Coventry Climax centrifugal pumps during an extensive refit carried out by Charles Hill in 1968-9.

The decline in shipping activity from Bristol to Avonmouth prompted Bristol Fire Service to withdraw PYRONAUT in 1973. Pumps and fire-fighting equipment were removed when the vessel was sold to the Port of Bristol Authority for use at Avonmouth as a diving boat. When this conversion was abandoned, PYRONAUT passed to a private owner who reinstated all the pumps and monitors, intending to use her in Southern Ireland. Shortly before completing the conversion, he sold her in 1989 to Bristol City Museum & Art Gallery. The purchase and subsequent restoration were supported by the Science Museum’s PRISM Fund.