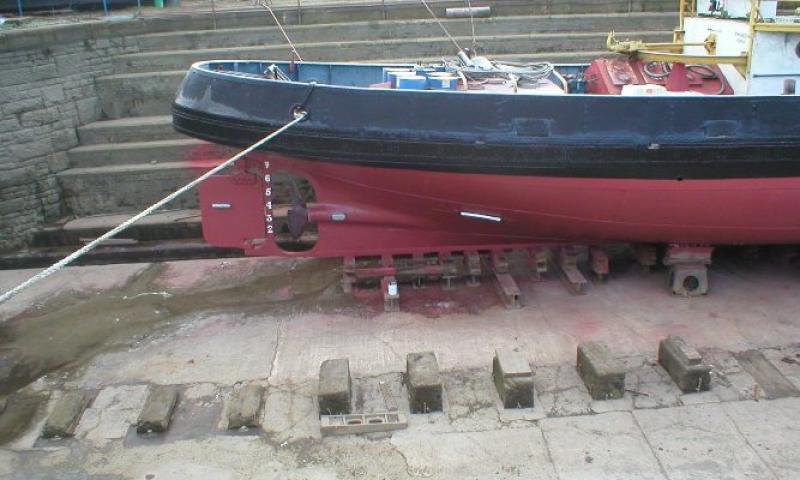 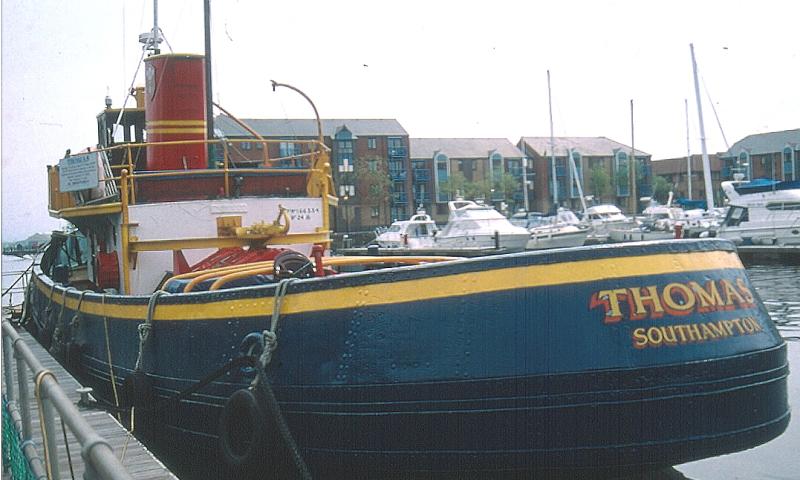 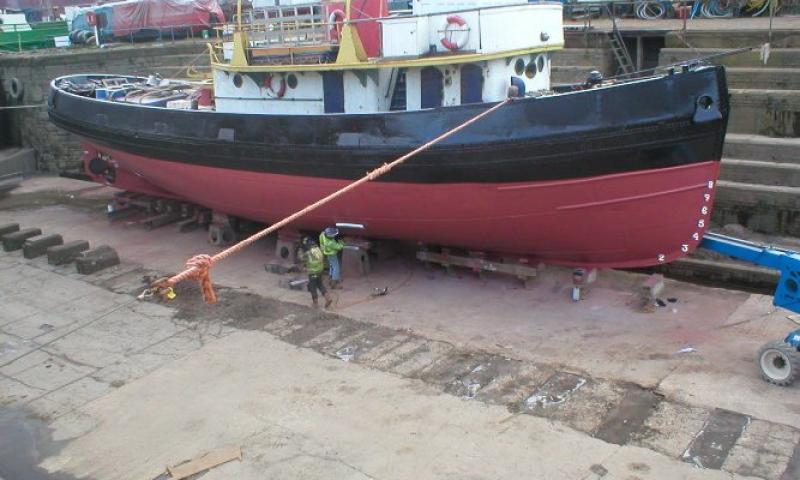 THOMAS was built as ONER II by Cochrane & Sons Ltd, Selby, in 1937 and was purchased in 1938 by the Admiralty (and renamed C10) as their first motor tug, for use on fleet fuelling duties at Portsmouth.

During the Second World War, she assisted with the laying of the Pluto oil pipeline to France, and with the movement of Mulberry harbour sections.

In 1958, she was renamed DESTINY and was part of the Port Auxiliary Service from 1959, remaining on her previous duties at the Forton Oil Depot, Gosport until 1961 when she was replaced by the new motor tug Alice.

On 13 November 1963, DESTINY was sold to H. G. Pounds, Portsmouth, who later resold her to Husbands Shipyard Ltd, Marchwood, for commercial service under the name AFFLUENCE. By 1988, she was owned by Star Tug & Marine Co. Ltd and used for film work.

In 1991, she was sold to a Swansea businessman, who refitted her and renamed her THOMAS. In 2005, she was later sold to her current owner and is undergoing an ongoing refit.