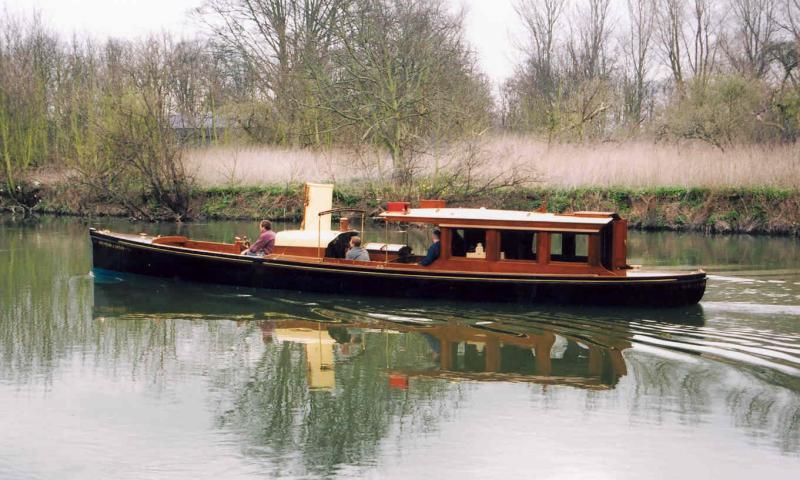 SOUVENIR D’ANTAN is powered by her original open compound reversing and condensing steam engine, also built by Alfred Burgoine in 1901. Her current boiler was fitted in 1980 and built in 1978. She was converted to a motor drive in the 1950s, but subsequently restored to steam.

The vessel was built as ATALANTA for James R Offer by Alfred Thomas Burgoine of Kingston-upon-Thames, who was the Royal boatbuilder and an acknowledged master craftsman. It is believed that the vessel was instrumental in bringing together the Offer and Burgoine families, as Burgoine’s only daughter later married Mr Harry Offer who purchased the Burgoine boatyard in 1910.

Although built primarily for private leisure use, the vessel’s speed also enabled her to be used as an umpire’s launch for racing eights. Her hull was built of Honduras mahogany. She has a straight stem with rounded forefoot and canoe stern.

Built by Alfred Burgoine, the royal boatbuilder, for his own fleet, as ATLANTA, she was used as an umpire's launch and for cruising on the Thames. Moored at Hampton Court until 1936, she was sold by her then-owner to David Kyle who cruised her from Brentford to Gravesend. Converted to motor drive in the 1950s, she was restored to steam in 1980. Acquired by the Knight family in 1988, she was then thoroughly re-fitted. 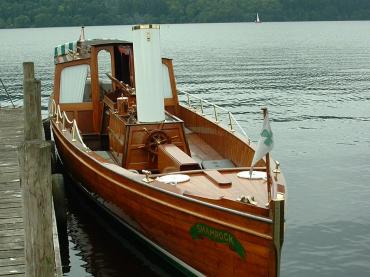