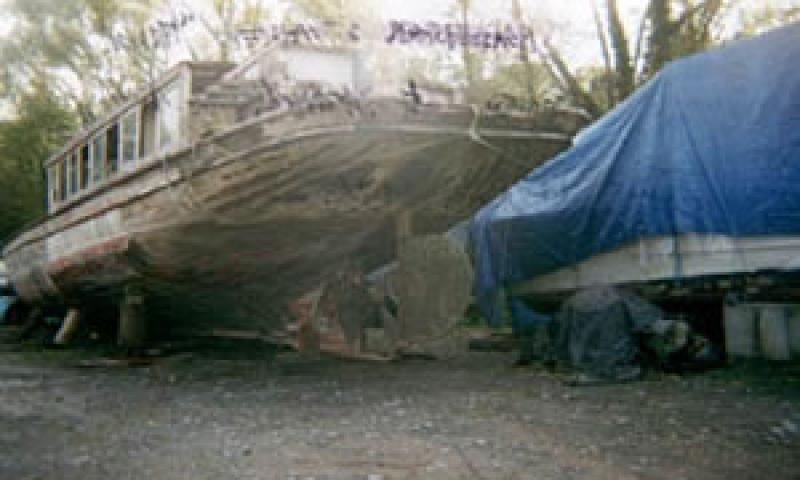 KING was built and launched in 1905 and was in service for Bathurst, the building firm, on Avon, Severn and Sharpness/Gloucester Canal. During the Great War in scheduled service with light deck cargo, she was used mostly for pleasure trips until 1958, then sold to Bristol, where despite determined efforts to overwhelm her with plywood and GRP, she was discovered and rescued.  She was later broken up in Stratfod Upon Avon after rot was found in the hull.and the engine was sold separately.