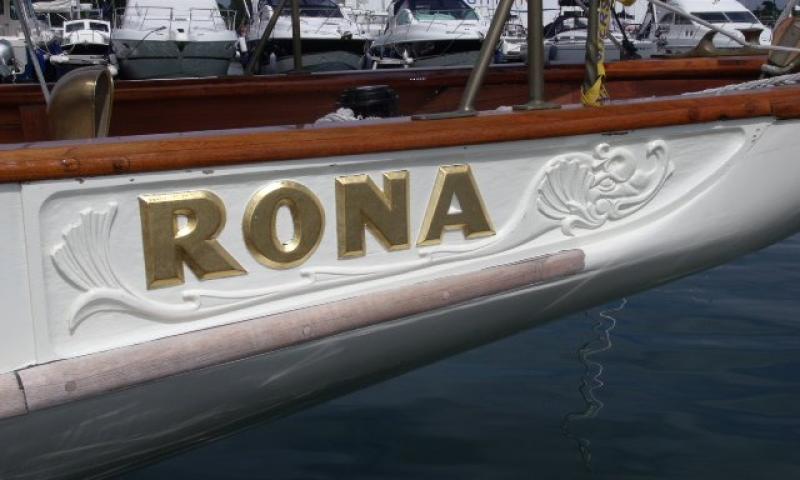 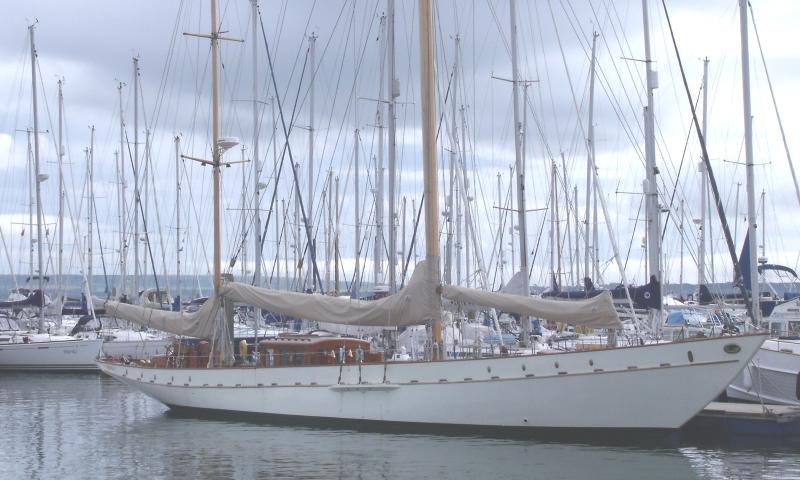 RONA, now a bermudan ketch but originally built as the 72ft (22m) gaff yawl, AURA, by Stow and Sons of Shoreham in 1895. Her old clipper bow was modified to the current spoon shape by Morgan Giles some time before 1950.

Her old clipper bow was modified to the current spoon shape by Morgan Giles some time before 1950. First registered at Shoreham in 1895 she was re-registered when she had an engine installed - 27 in 1903 at Liverpool. A Perkins engine was fitted around 1945.

She has had various owners and in the1960's she was owned by Right Honorable Dereck Viscount Amory, and on his death in 1986 the ownership dto Sir Ian Heathcoat Amory. In 1996 she was sold to Graham Blair, and in1997 sold to Mr M G Gowerby in sale organised by Berthon International.

Whilst in the ownership of Lord Amory she took part in the royal fleet review in the 70s and sailed with such vessels as tall  ships Winston Churchill  and Malcom Miller.

Although this vessel is on the Overseas Watch List we are lacking information.  If you have any information passed or present please contact us.