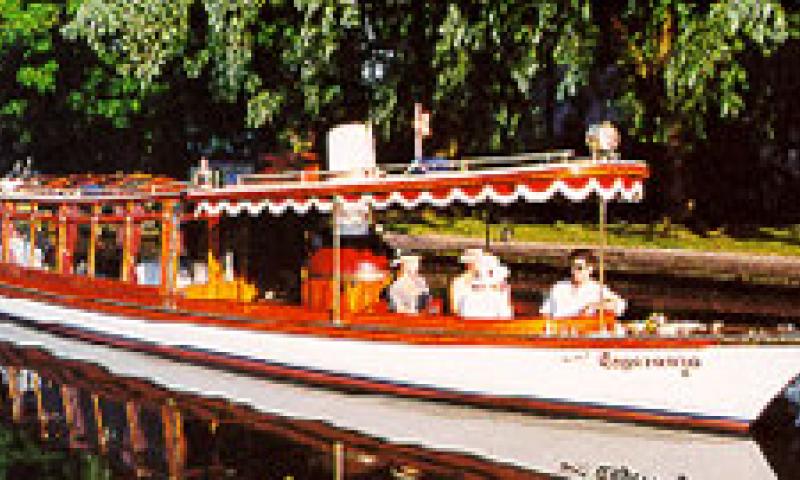 THAMES ESPERANZA has been on the Thames for more than a century. Between 1910 and 1913, she was looked after by Lawrence Carr of the Ray Motor Company at Boulter’s Lock. She was owned by Bond of Maidenhead between 1920 and 1940 and converted from electric to petrol engine. Subsequently bought by Golding Bros. of Windsor, she was used as a tripper boat until 1968. Lawrence Weaver bought her in 1968 and found extensive areas of wet rot, a fractured keel, and dry rot in the stern cockpit. He put in a new inner skin, replaced a third of the inner planking, and fitted all new frames, stringers, keel, stern and all internal teak planking. A new plant was also installed. Further restoration work, including refurbishment of the superstructure and internal panelling, has been undertaken by the current owner.