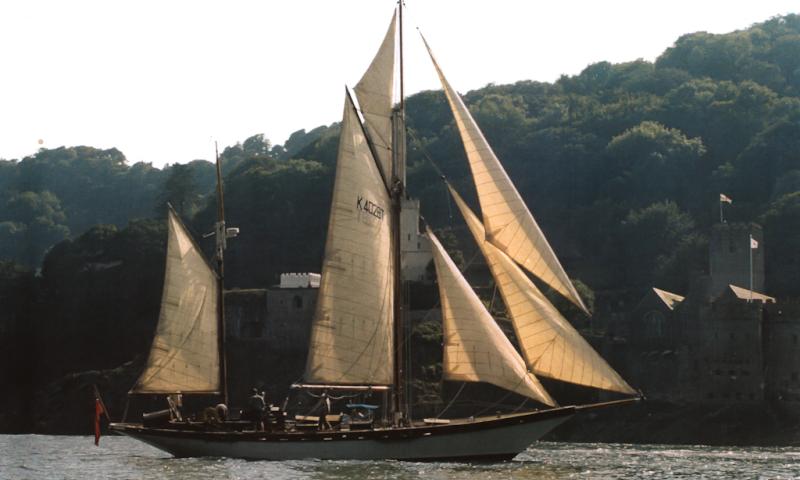 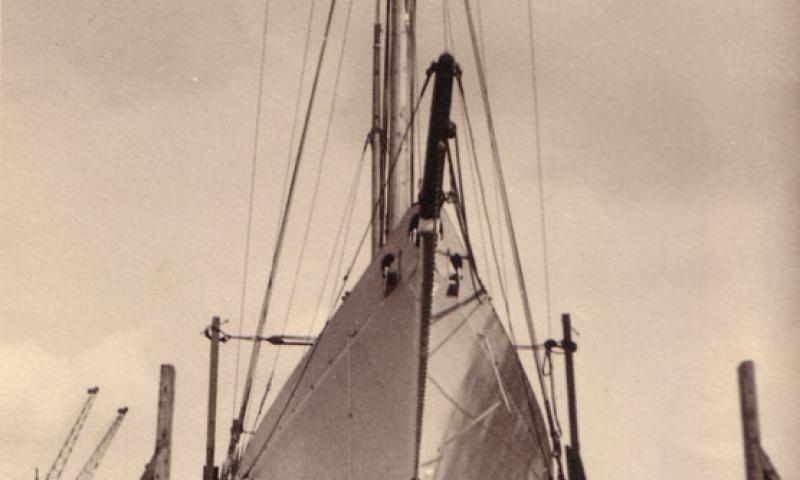 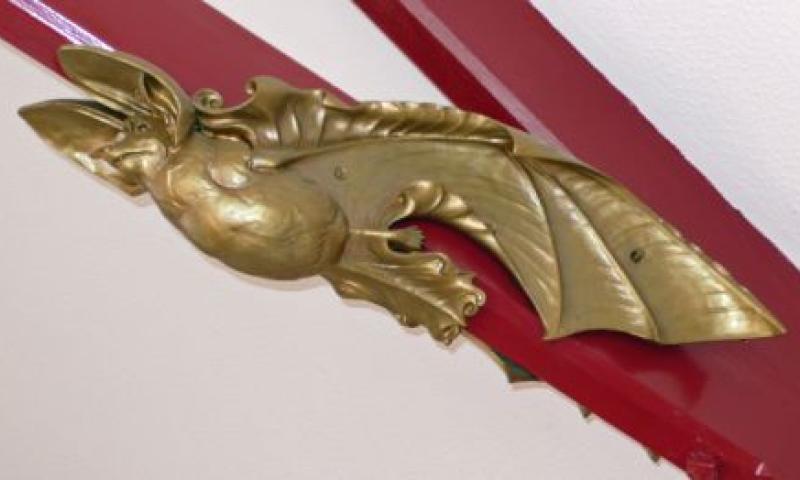 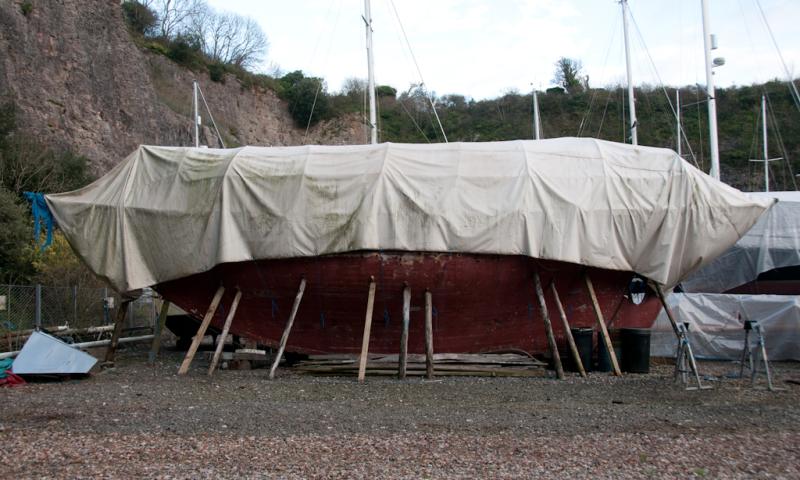 Built 1894 by W. H. Watty at Fowey, Cornwall, AIRY MOUSE is an ex-racing cutter, ketch rigged, with a wooden hull.

She was commissioned by Edward Atkinson of Rosebank Mixtow-by-Fowey, a friend of John Brett's.  Edward Atkinson was of the Atkinson's company, Old Bond Street, London, (manufacturer and retailer of toiletries, fragrances and soap).

The name AIRY MOUSE comes from the Cornish for 'bat', and the yacht had a cast Bronze figurehead of a bat.  The original figurehead is now to be found in the dining room at the Royal Fowey Yacht club.

Edward Atkinson was a great friend of the author Arther Quiller-Crouch, both of whom were key in setting up the Fowey Yacht Club, with Edward Atkinson (Atky) becoming the first Commodore.  He was a friend of Kenneth Grahame, known for writing 'The Wind in the Willows'.

AIRY MOUSE was sold on the death of Edward Atkinson in 1911.

Her 3.5 tonne external lead keel was removed during the First World War, and she was used as a houseboat on the Hamble.  After the war she was converted into a Ketch, but her external lead was never reinstated.

in 1925 she was bought by Mr L Boughton Chatwin, a Birmingham Lawyer and keen yachtsman.  A copy of some of his logs survive.  Mr Chatwin had an article about the AIRY MOUSE published in Yachting Monthly in 1932.  He was the grandfather of the author Bruce Chatwin, who mentions the AIRY MOUSE in his essays 'What am I doing here?

During the Second World War she was owned by George F Hanson of Cowes.

In 1954, she was bought by Torquil Macleod, who used her for charter with a longer term plan to sail her to Australia.  In 1958 a car crashed off the quay in Guernsey onto her deck damaging her keel and deck planks.  And, after falling into a state of disrepair, Mr Macleod planned to cut her up and burn her for her fastenings, and stripped out most of her hatches, fittings and interior.  When a young local, John Cluett, found out what was planned, he persuaded them to part exchange her for his 22ft fishing boat and AIRY MOUSE was saved, and he continued to sail her from Guernsey in the 1960s.

There is no account of her from then until she was discovered slowly rotting in Old Mil Creek in the 1980s. She was bought and saved by undertaking a large restoration, replacing 80% of the oak frames, and the deck. The majority of the original Teak Planking was saved.

She was bought by her current owner in 1999.