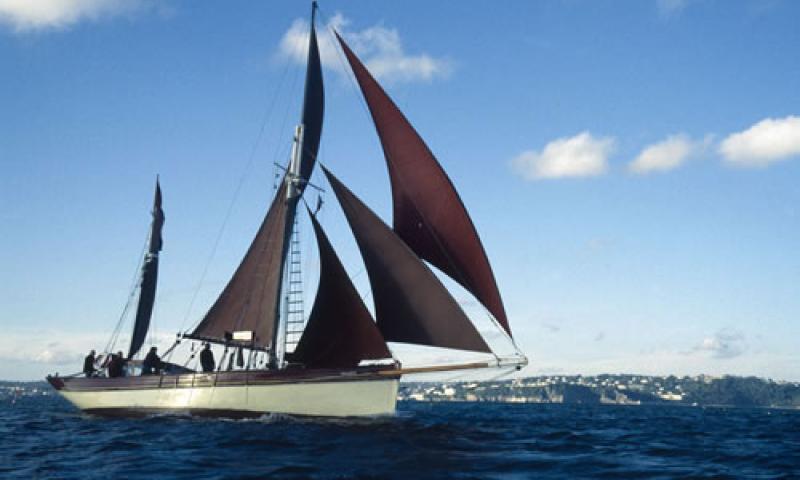 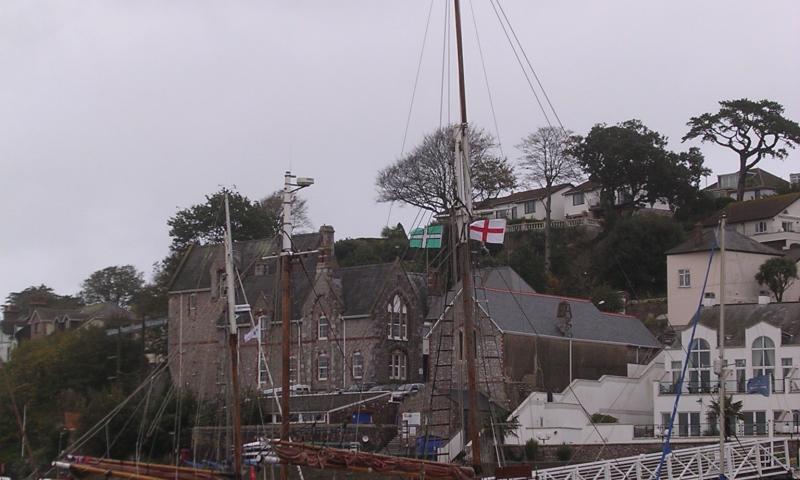 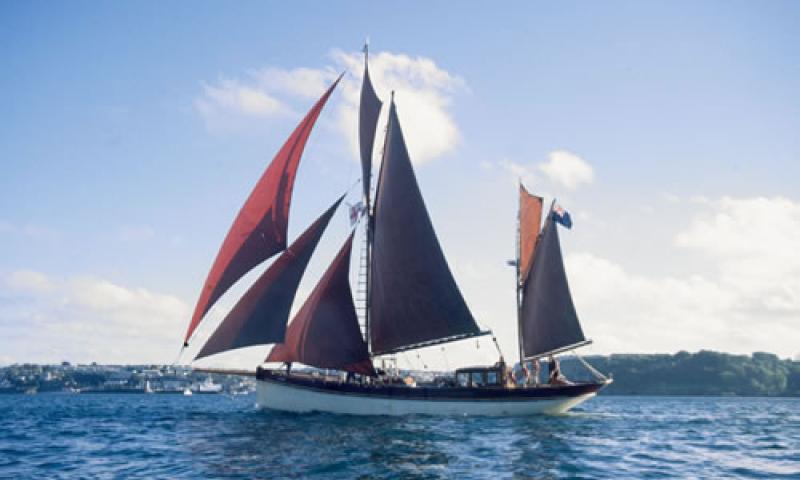 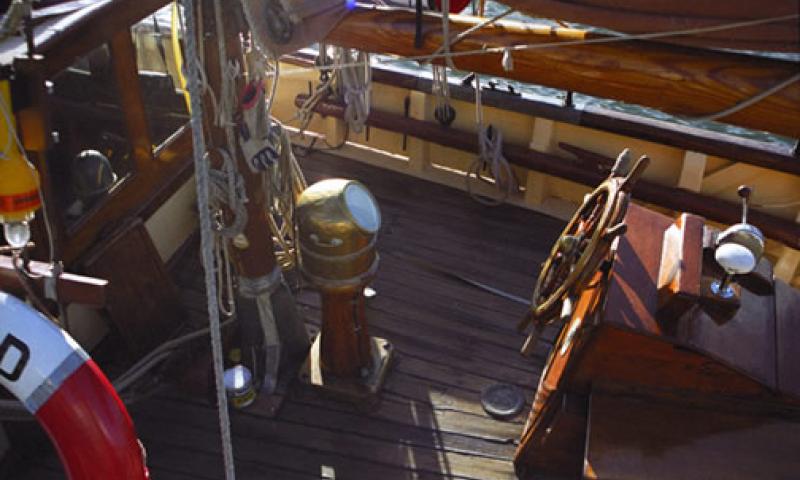 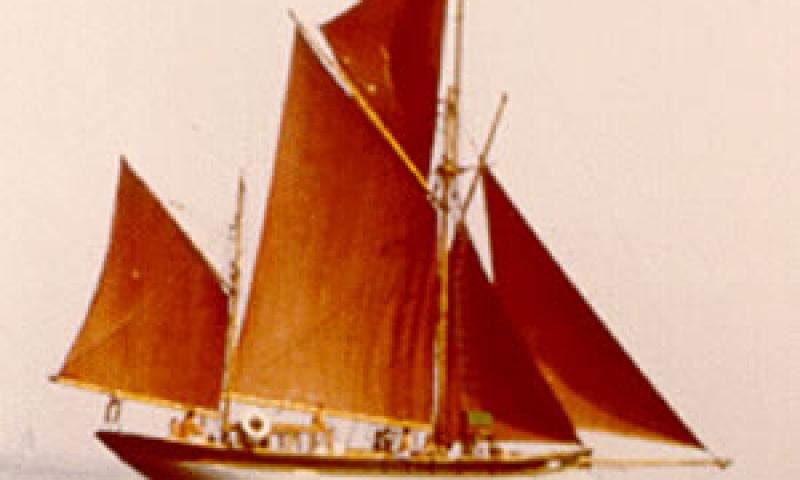 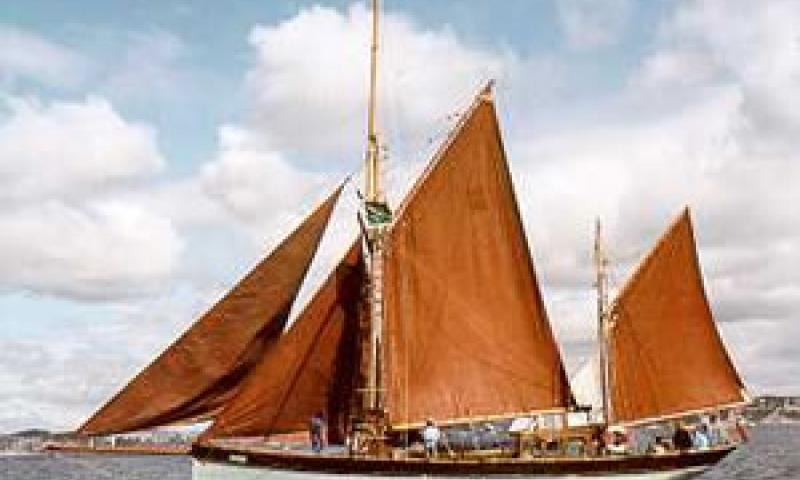 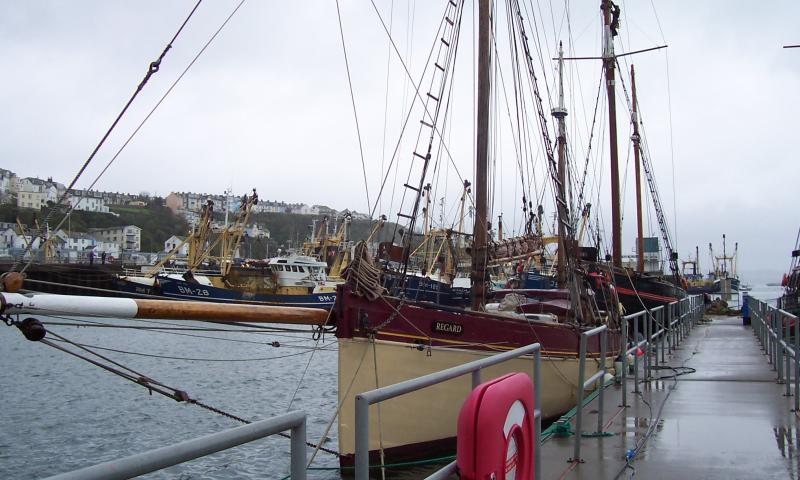 Built at Brixham in 1933 by J W & A Upham as a ketch-rigged trawler yacht, OUR BOY was never a working trawler and was completed six years after the last of the working Brixham trawlers were built. Her design as a yacht drew heavily on Upham’s best Brixham trawler (William & Sam of 1917), but scaled down from 68 ft to 53 ft. She was constructed of pitch pine planking on oak frames and timbers, with elm garboards. Upham’s built OUR BOY as a speculation during the depression to maintain their workforce and named her for Stewart Upham.

Her first owners were Mr and Mrs John Guzwell, of Jersey, and they took her to South Africa where she is believed to have been involved in the illicit diamond trade. Mr Guzwell was a former Grimsby trawlerman. On her return to Great Britain OUR BOY was purchased by Mr A Baker in 1935, and then in 1939 by Edward, Baron Stanley of Alderney who devoted a chapter in his book ‘Sea Peace’ to her, noting that he bought her as a means of escape from Alderney should the Germans invade. She had three more owners and a name change to Thankful in 1948, and was then bought in 1949 by Richard Young who renamed her Regard. Michael Pearson bought her in 1964 and owned her until 1999. In 1981 she joined the National Sailing Centre fleet at Cowes running week long cruises. Subsequently she was owned by Chris Bedford of Brixham before being purchased by her current owners who recovered her from Brightlingsea in November 1999.

She is being restored in Maylandsea, Essex, and in 2009 reverted to her original name.