The Sutton Hoo’s Ship Company (SHSC) was formed in 2016 with the sole purpose of creating a permanent and authentic replica of the Anglo-Saxon ship.

Buried in the 7th century within the Sutton Hoo royal burial grounds and discovered in 1939, the ship was a mere shadow of its former awe-inspiring glory.

The Ship’s Company team is made up of professionals, volunteers and enthusiasts who are working together to fully understand the dimensions and construction methods.

The ship will be built in the newly opened 'Longshed', a purpose-built unit gifted to the town and dedicated to the maritime history and education.

The team will build the Saxon ship using authentic ship-building methods with the help of marine archaeologists, ship architects, shipwrights and experts in green wood working. Together with strong academic support from the Universities of York and Southampton the team will ensure detailed records are kept at every stage of the build.  Along with professional shipwrights overseeing critical parts of the build, the team will engage with apprentices and students from the International Boatbuilding Training College at Lowestoft to benefit from learning on the build.

During the build a comprehensive, informative and entertaining public engagement programme will aim to increase understanding and appreciation of Anglo-Saxon life and culture.

The rebuild will provide the best possible means of testing and understanding how the ship could have been used under a range of different conditions.  This will be achieved by:

February 2020 - the month has been unexpectedly busy because of the storms.  Although they had planned to be out and about sourcing timber for the keel log, they have also been responding to the many offers of windfallen trees in the hope of turning a windfall tragedy into something more positive.

They have also been rearranging the Longshed to cope with the increasing number of structures that we are creating, being mindful that once they get going on the main ship they need a safe space to work in and that their eight cameras will be well placed to capture the time-lapse video sequencing.

The interest in the ship is ever increasing, as are the number of volunteer applications that they are receiving.  To ensure that their Volunteer Crew are well informed, they have had another induction event this month with more scheduled in March.  They have welcomed two new Volunteer Coordinators this month who are helping behind the scenes to help organise our photograph archive and look after their volunteer paperwork.

Trenails, Treenails, Trennels & Trunnels - why have one name when you can have four?  For the sake of argument let's stick with 'Trenails' for this article, but any of the above can be used to describe the wooden plugs used in boat building to fasten two pieces of wood together: 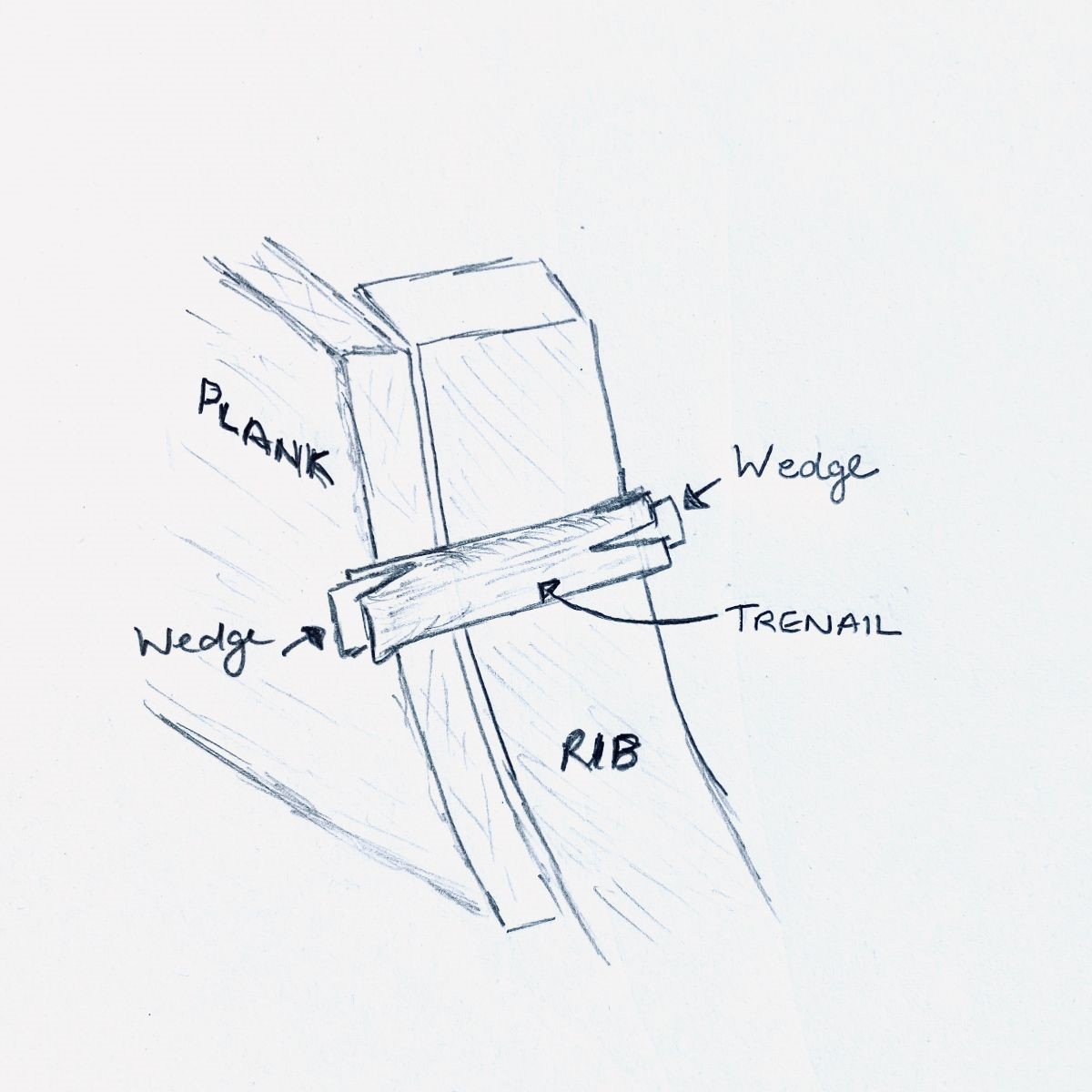 The team estimates that the ship needs just over 400 trenails to join the planking to the ribs.  Each one will need to be hand made from goat willow and secured in place with a small wedge that is driven into the shaft of each end of the trenail.

The photographs below show how a wooden blank is crafted into the finished trenail. 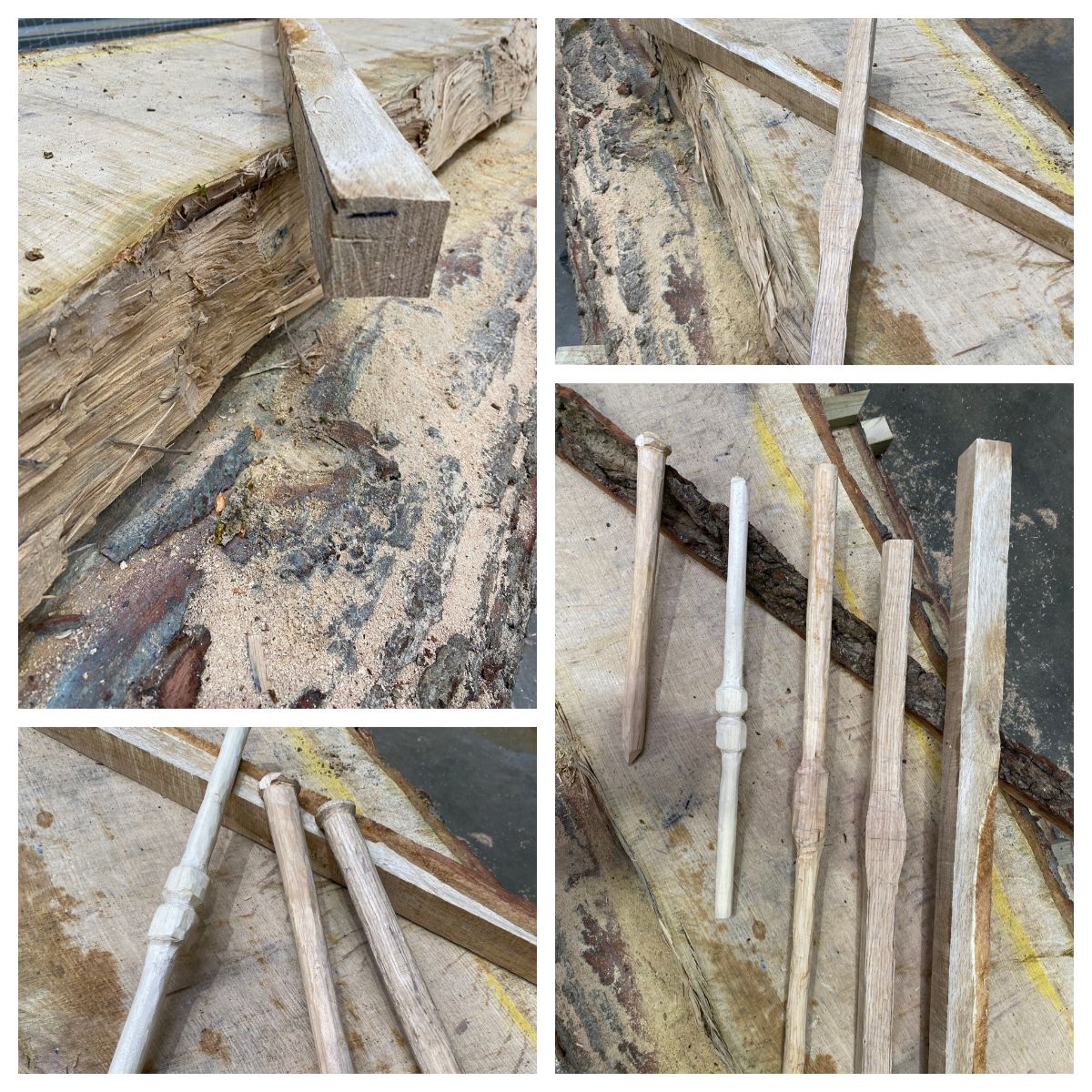 They will be having trenail workshops for anyone wanting to have a go at making one for themselves and one for the ship so if you are interested, watch the website for details!

Working with our Partners at the IDA... SHSC have been very pleased with the interest shown in progress from some unexpected quarters; people who have either visited us, sponsored fixings, or sent us supportive messages include Sir Simon Jenkins, a former chair of the NT, renowned round-the world yachtsman Sir Robin Knox-Johnston, John McCarthy, Frank Skinner and Dan Snow.  But in terms of close and long lasting relationships our partners in the Oxford Institute for Digital Archaeology (IDA) are going much deeper and much further with them.

The IDA was founded in 2012 by its current Executive Director, Roger Michel of Cambridge Massachusetts, to promote the fusion of new digital technologies and traditional archaeological techniques.  As Mr. Michel explained in his keynote address at the organization's very first annual conference in 2013, "the IDA's mission is to encourage a diverse, crowd-sourced and stake-holder driven approach to the stewardship of heritage assets.  Our goals are to study, preserve and restore ancient artifacts at a time when large numbers of irreplaceable objects are under obvious threat of being lost forever."  Mr. Michel is a graduate of Harvard and Oxford Universities and was on the faculty at Boston University for more than two decades.  He has a very special interest in Anglo-Saxon history and culture -- the subject matter of his graduate work at Oxford.

He and his colleagues at the IDA -- especially University of Oxford physicist and IDA Director of Technology, Dr Alexy Karenowska -- will bring their considerable scientific and public engagement expertise to bear on the Sutton Hoo reconstruction.  The IDA's signature project, their reconstruction of the Triumphal Arch of Palmyra, has attracted tens of millions of visitors at sites around the world.  They have also brought new digital technologies to bear on a diverse range of archaeological puzzles.  These skill sets are ideally suited to the demands of their project.

So, how is the partnership with SHSC working? It’s hugely promising.  As well as considerable financial support, there is a large amount both of current and projected support in kind.  The IDA's involvement has already raised the media and academic profile of their joint venture.

Multispectral Imaging and more...  One of the many mysteries of the original Sutton Hoo ship is in the nature of the nails, or rivets, that held it together.  There are so many questions about them - and it seems they may be able to answer some of them, thanks to the opportunity we have through the Oxford Institute for Digital Archaeology (IDA).

Where were the rivets made?
What was their exact composition?
Where did that material come from?
What smelting techniques were used?
We may be about to find out.

Alexy Karenowska, Technology Director at the IDA has proposed some research which is well beyond the comprehension levels of all of us in SHSC (well, there may be one exception in David Pryor who has a strong professional background in physical sciences and who collaborated with Alexy in the proposal).  Alexy envisages a number of tests.  She suggests that

“there are several tests we would like to perform on the rivet, all of which are completely non-contact/non-invasive:

1/ Multi-spectral imaging of the samples which will give us rapid access to information about the elements present in the oxidation products at their surface.

2/ Several high-resolution computed tomography scans of the samples which will allow us to understand their internal structure.

3/ Some scanning electron microscopy on the surface of the samples with EDX: this allows us to unpick the precise elemental composition of the surface.

4/ Some magnetic microscopy of the samples which will give us some further insight into the metallurgy.

In addition, if were possible to take a tiny flake (smaller than a grain of sand) of the corroded surfaces, this would allow us to gather more information from step three. However, this is by no means essential.”

Do you work in education?... They need to design an educational programme for children of all ages and need some expertise to strengthen our volunteer team. If you are able to help, either remotely or in person, or would like to know more before making any commitment please email contact@saxonship.org 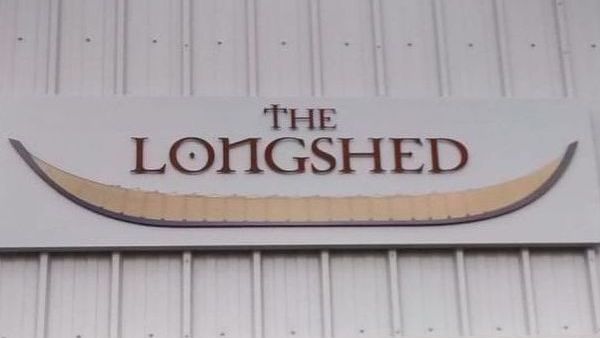 The Anglo Saxon Ship is being built in the Longshed, Tide Mill Way, Woodbridge, Suffolk, IP12 1FP alongside lots of other activities, so if you are planning to visit Suffolk why not plan it around one of their Open Days or other events. 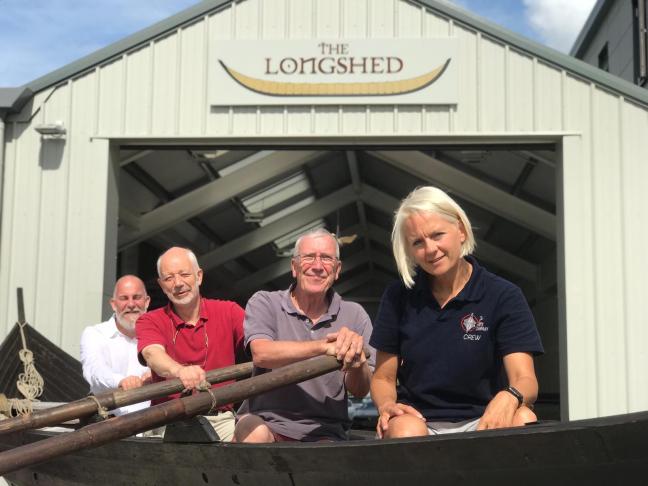 A national fundraising campaign is set to 'Make Ship Happen' for a £1million project to build a full-size reconstruction of the C7th Sutton Hoo ship.

The scheme has been launched to pay for the venture, which will bring together archaeologists, historians, experts in construction and shipbuilding and many other skilled volunteers to reconstruct the mysterious ghost ship buried beneath the sand of Sutton Hoo across the River Deben from Woodbridge, Suffolk, for 13 centuries.

The first phase of the donation programme will allow people to sponsor one of more than 3,500 numbered metal rivets that will hold the ship together. It is hoped this will raise enough money to contract a master shipwright to oversee the build.

Different parts of the ship – the keel, the planks and the stem and stern – will then be offered up for sponsorship to pay for the rest of the build, which is likely to take about two years to complete.

Philip Leech, chairman and director of the Sutton Hoo Ship’s Company, which is responsible for the build, said: “Back in 1939 an excavation of Sutton Hoo revealed an early medieval burial ground that included the grave of Raedwald, an Anglo-Saxon king.

“The impression of the rotted-away ship’s timbers in the trench of sand showed the ship to have been a mastless, clinker-built rowboat about 90ft long – an impressive 27 metres.

“In the burial site there were 41 items of solid gold now housed in the British Museum, but although the site has been thoroughly examined by historians and archaeologists for the last 90 years, nobody has ever attempted to rebuild the full-size ship to see exactly how it worked before it was buried with the King.

“This is precisely what we plan to do.

“The build is a serious scientific endeavour and an example of experimental archaeology which is carried out by replicating or approximating the feasibility of ancient cultures.

“This is done by employing a number of methods, techniques, analyses, and approaches, based upon archaeological source material – in this instance raising a ghost ship based on the indent left by the original vessel.

“Everything will be carefully recorded so we can learn from the construction.”

The team will be using plans produced digitally from the measurements taken at the excavation. The first stage will be to complete a fifth size model before building the full size vessel.

The ship will be created using wood supplied by the Crown Estates and involve a number of volunteers who have been taught traditional building methods.

Once built, it will be tested at sea with a full crew of up to 40 rowers. If it looks possible, the team will erect a mast and see how well it sails.

Mr Leech said: “At the end of that time we will all know much more about Anglo-Saxon skills, trade and seamanship. And after the trials the ship will become a movable exhibition piece which is expected to be rowed and used for educational purposes worldwide.

“We cannot wait to watch this magnificent vessel slide down the slipway into the river, before making the maiden voyage. The beauty and dignity of this King’s ship, tied into a serious scientific programme to learn more about our past, makes for a magnificent and worthwhile spectacle.

“We hope as many people as possible get the chance to be part of making this project a reality.”

The ship will be built inside the Longshed on the site of the former Whisstocks boatyard in Woodbridge.

The workshop, which boasts a large mezzanine gallery that will host an exhibition about the project, is run by Woodbridge Riverside Trust (WRT) which is responsible for a half-length replica of the Sutton Hoo ship called Sae Wylfing.

Chairman of the WRT Bryan Knibbs said: ““We are very excited to officially get the fundraising off the ground and bring people together to 'Make Ship Happen'.

“What this project hopes to do is give people a tangible link to the past and we need to get everyone involved – young and old – to make this a possibility.”

To sponsor one of the rivets for £20 or buy 'Make Ship Happen' merchandise which helps fund the build visit www.makeshiphappen.co.uk 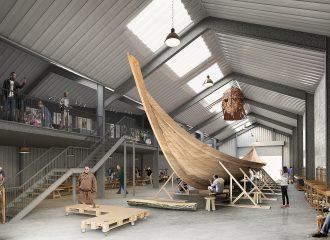