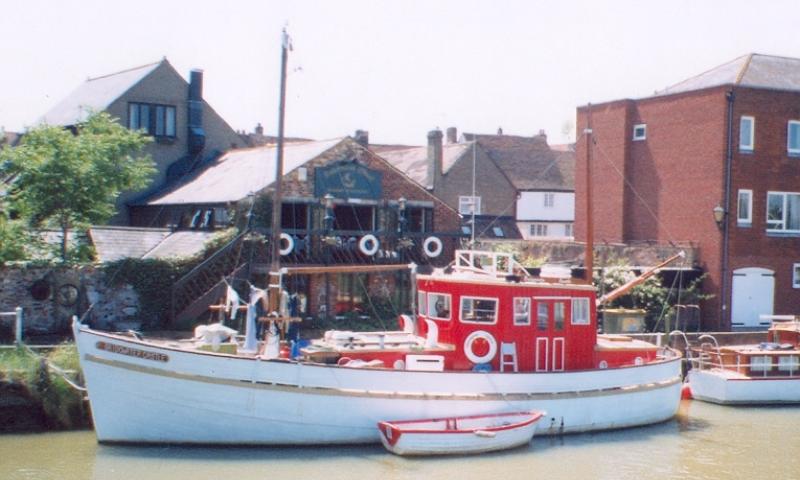 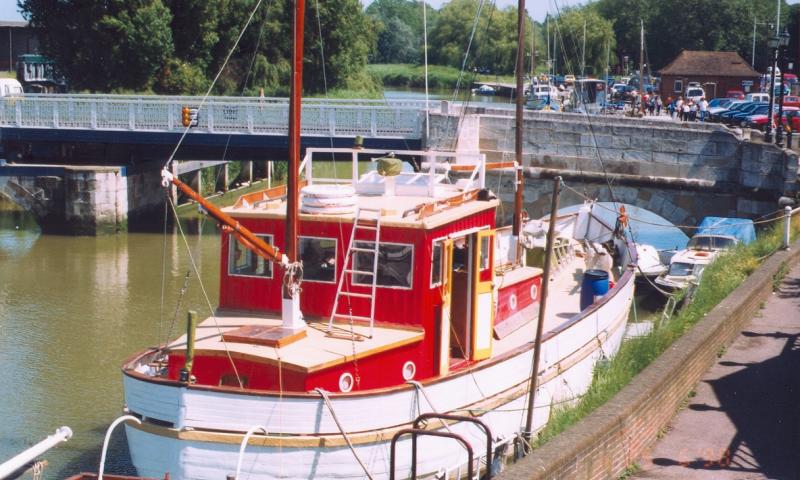 Built 1945 by Blackmore & Sons at Bideford as a tender/pilot boat. Her hull is carvel built of larch planking on oak frames and she is ketch rigged. Her engine is a Ford D2703, 120 hp made in the 1970s. Her early life was as an Admiralty MFV 45 ft class and she was sold in 1948 to become the fishing vessel ANNIE VIVIAN (BM50). Renamed HUNTLEY CASTLE in 1955, she acquired the name BRIDGWATER CASTLE in 1956 when she began work as the Bridgewater Pilot Boat. In 1989 she was sold to an owner in Anglesey and used as a live-aboard boat. She subsequently sank in the Sandwich Channel and was broken up. 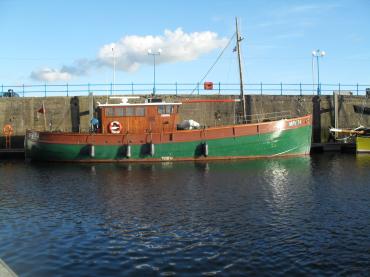 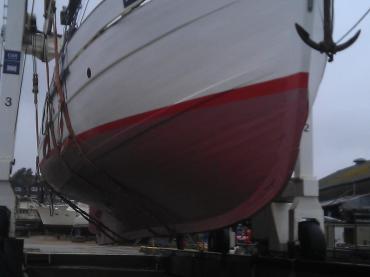 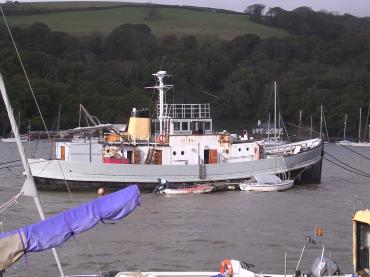 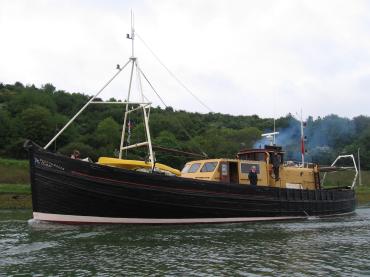