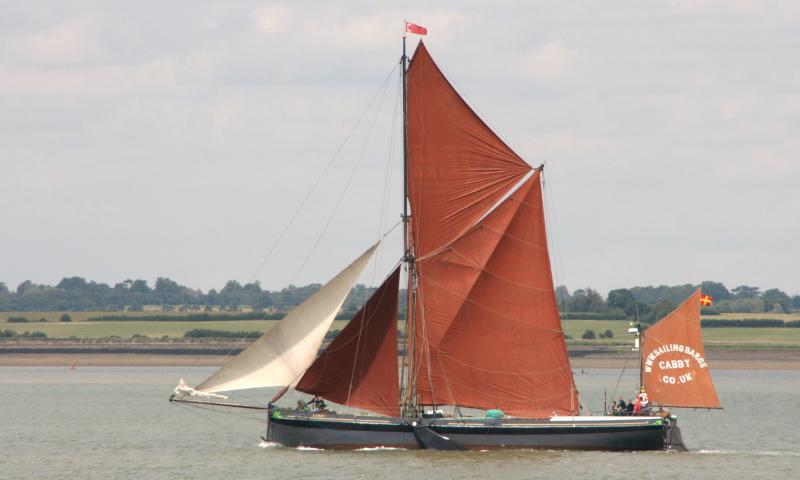 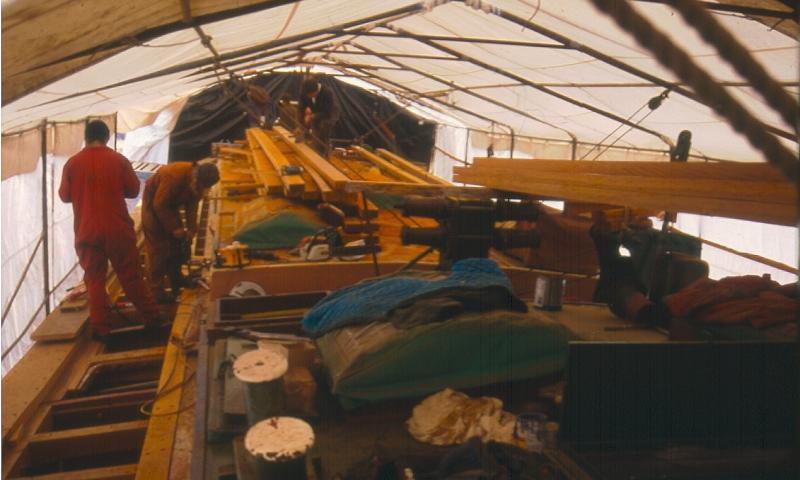 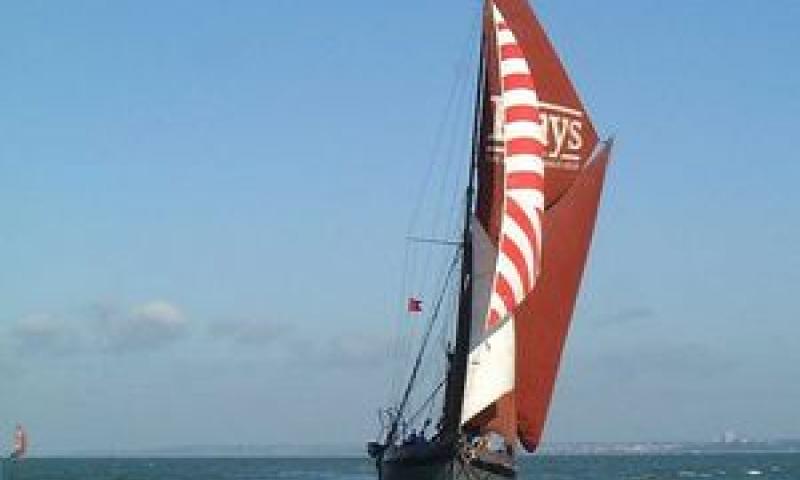 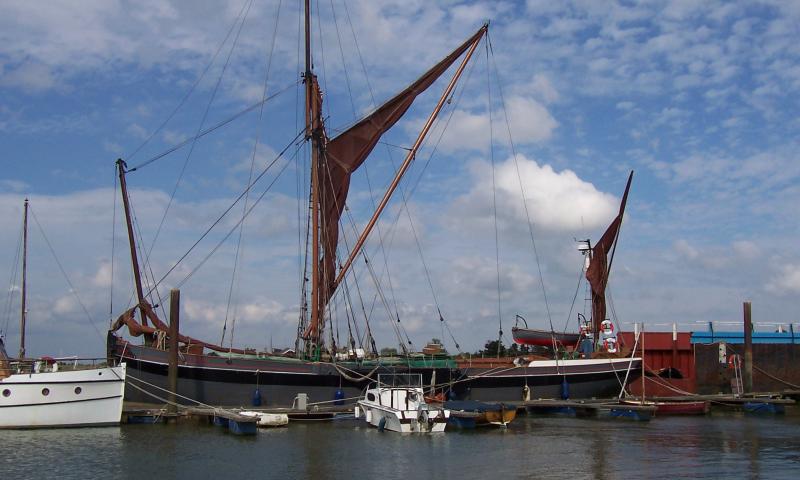 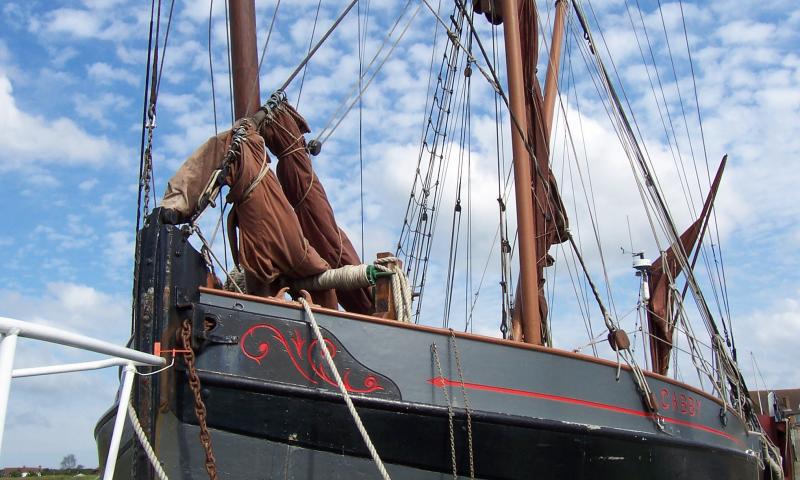 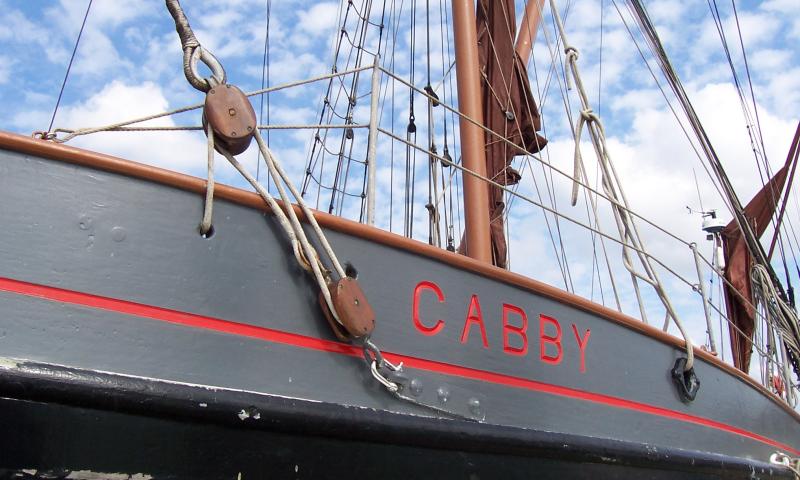 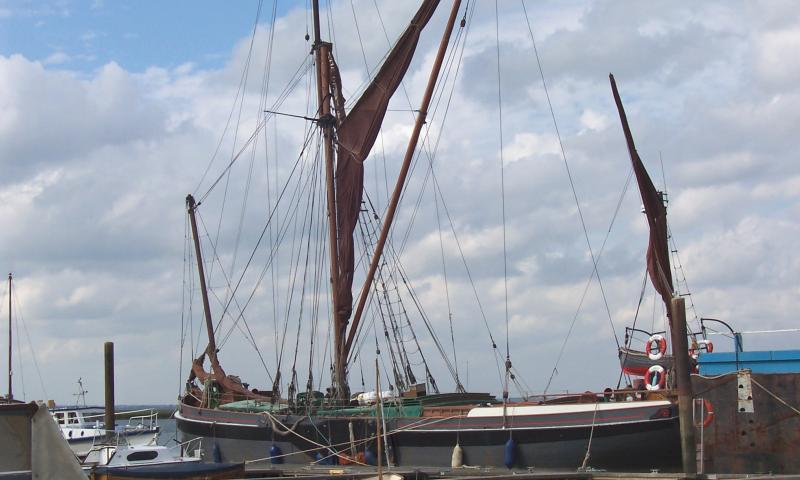 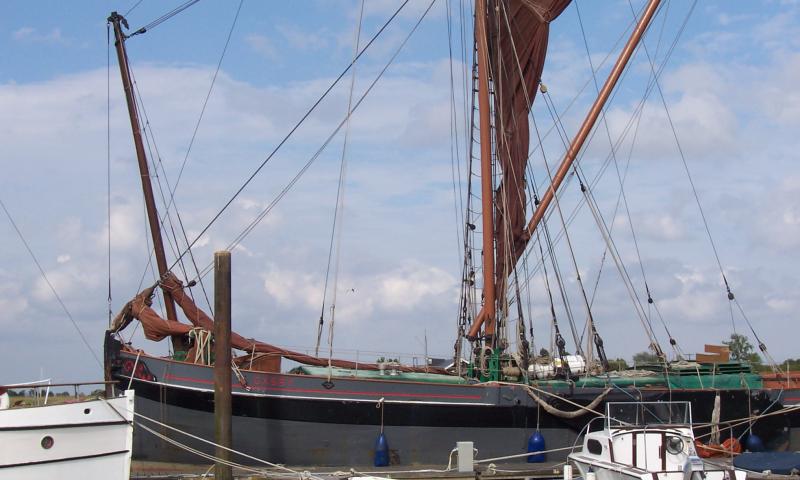 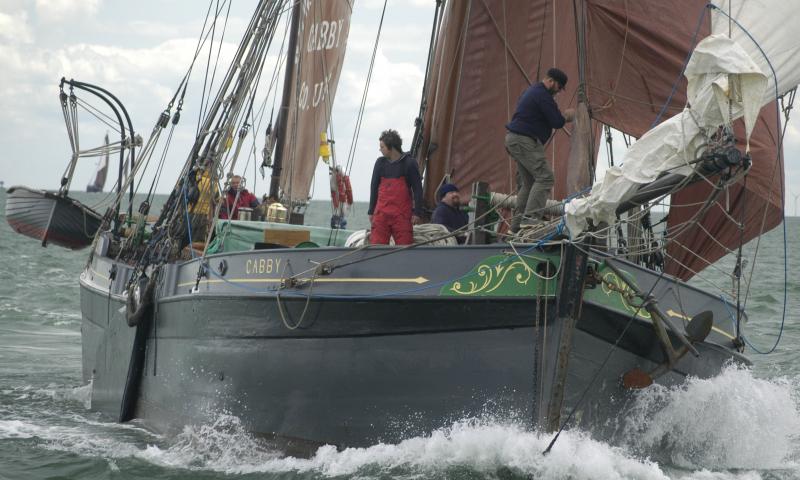 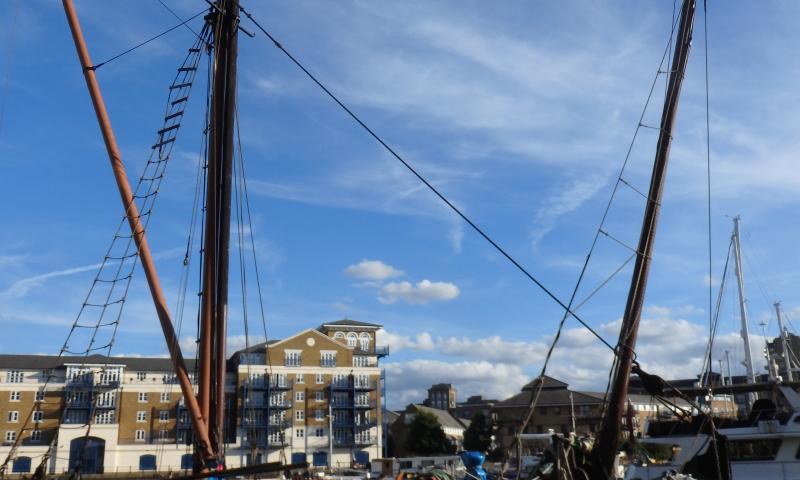 CABBY was the last wooden barge built in Rochester. Her construction started in 1925, but because of a slump in trade, was not completed for another three years. For more than a decade she carried grain, animal feeds, timber and other bulk cargoes between London Docks, Colchester, Whitstable and various ports on the south and east coast.

She was at Ipswich in 1940 when ordered to London and loaded with drums of freshwater for the troops at Dunkirk. Instead, she was sent to the Downs to await further instructions which, coming after several days, ordered her to Brest. She was well on passage when fresh instructions returned her to Plymouth. From there, under war service, she went to Ireland, the Clyde, and then to the Hebrides where she was given a new wheelhouse. Finally CABBY spent the rest of the war years at Greenock.

Many of the requisitioned sailing barges came back from the war in a poor state, too old to go back into trade, and were sold for as little as £500 each to be converted into houseboats. CABBY, however, went back to work until trade in the London docks declined. Alex Rands, who took her over from his father and first master Harry Walter, recalls loads of 'just about anything' - cement, asbestos tiles, china clay, Portland stone - and trips as far away as Antwerp. She carried her last load in the late 1960s and was converted to passenger use, spending the winters laid up at Snape Maltings and her spring/autumn season earning her keep out of Rochester. With the exception of her engine and the conversion into comfortable conference accommodation, CABBY has been restored to her original appearance.