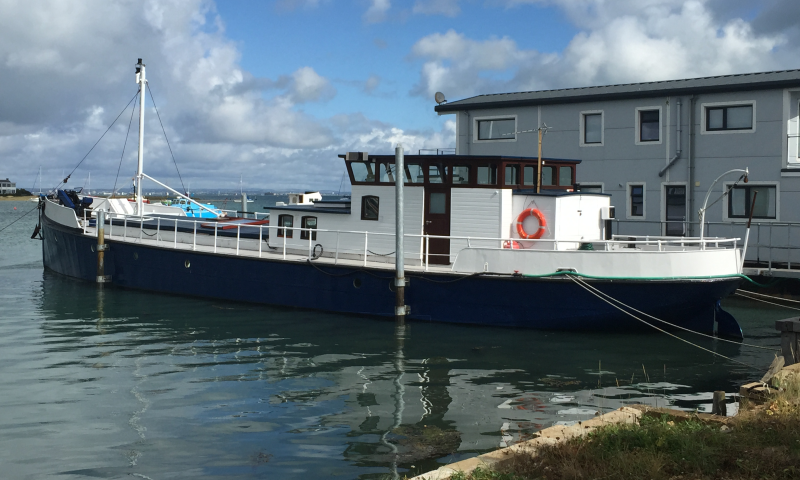 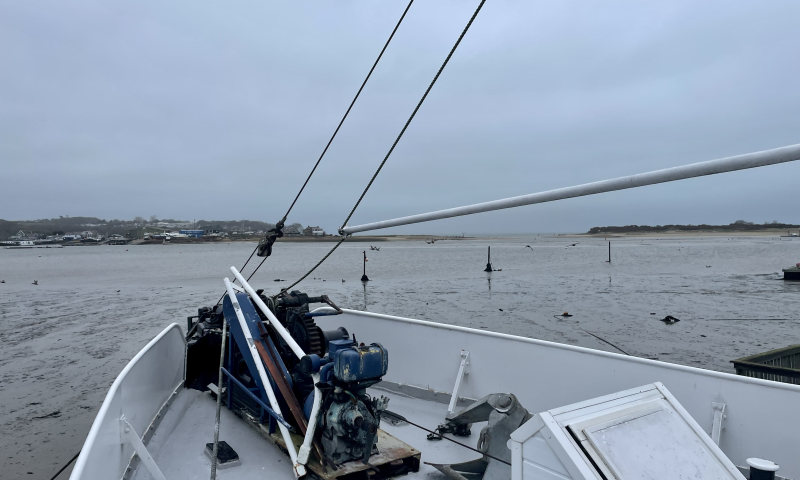 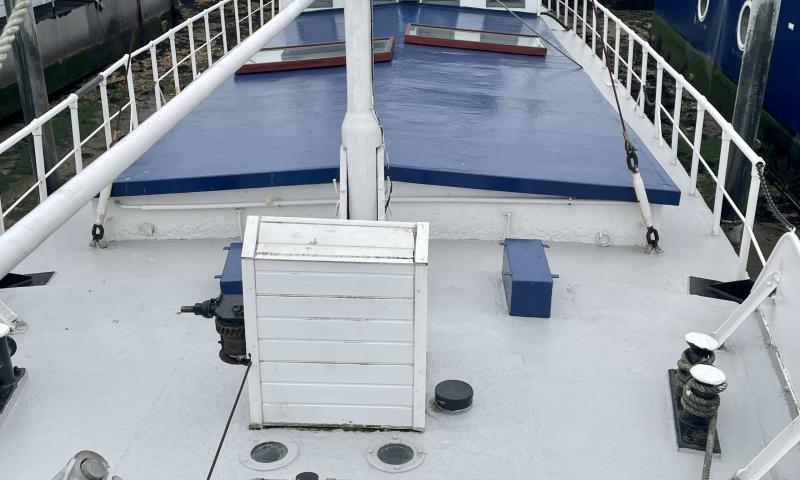 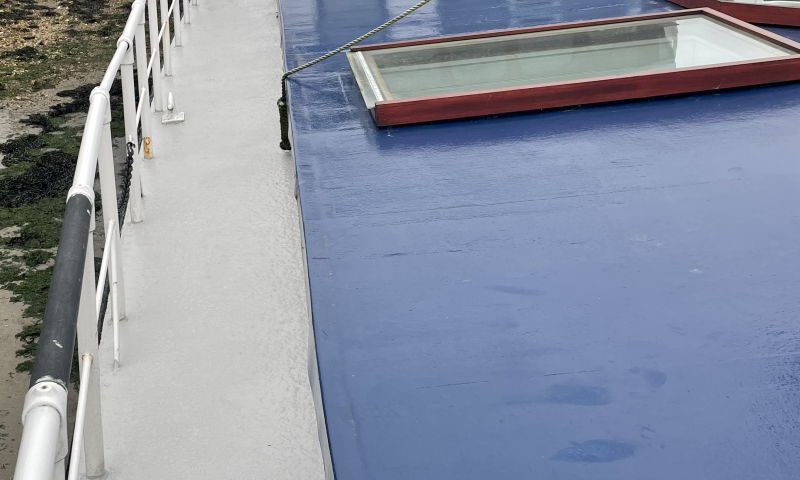 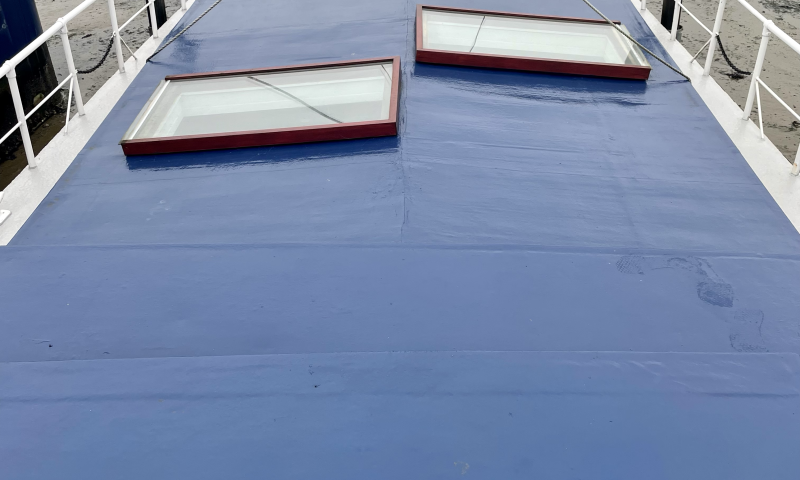 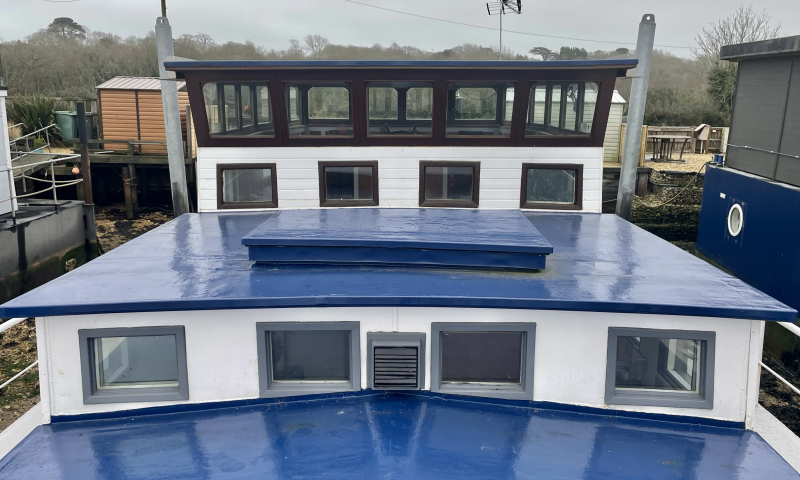 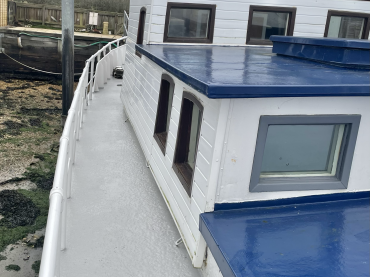 An historic vintage Thames Spritsail trading barge, originally built to special ‘barge match’ radical racing yacht design by Lynton Hope in 1897 by the proprietor of The London and Rochester Trading Barge Company at Deptford, specifically to compete in the Queen’s Jubilee Barge Match Races of that year. They were reputed to be a failure in the barge matches, the vessel was modified back to being a commercial carrier some three years later, but was found unsuitable for sailing trade, de-rigged, and converted to motor barge circa 1912.

The hull shape remains uniquely distinctive from other steel barges of the era, having a fine entry bow, completely curved vertical sides, pronounced sheer, and a ‘steamer stern’. As a motor barge she was reputed to be a success, being fast and stable, believed to have been used finally as a passenger ferry. First converted to private use in the 1960s and upgraded in 1970 by M.E. Handley Esq. Owned for 28 years by J.R. Goddard Esq. and nine years by A. Coreless as a static houseboat. Purchased from him by present owner in 2006. Major hull restoration carried out by current owner as advised and overseen by John Bowen. Moved from the MSO Boatyard in Brentford, London to Bembridge IOW in 2009.