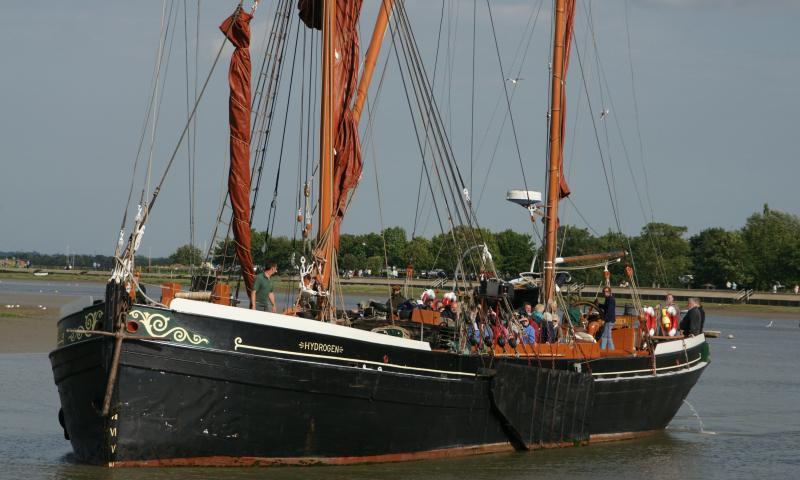 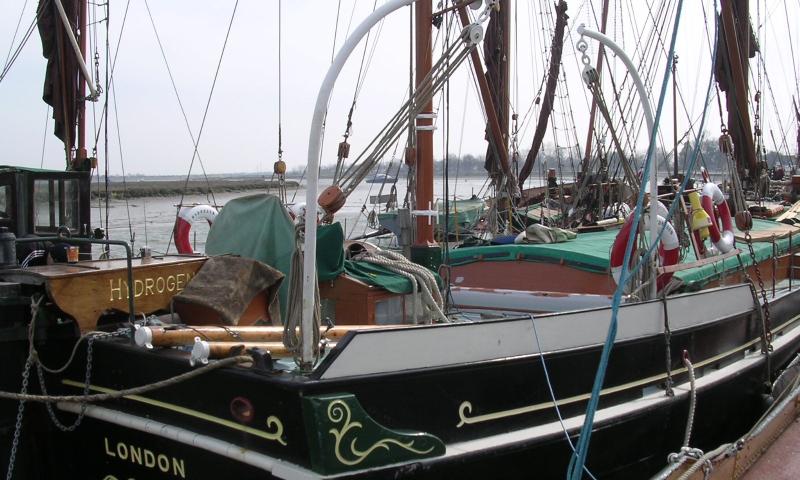 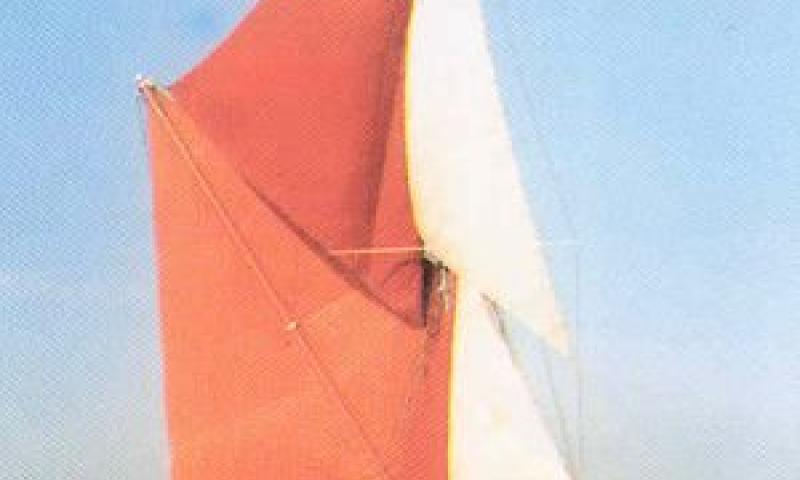 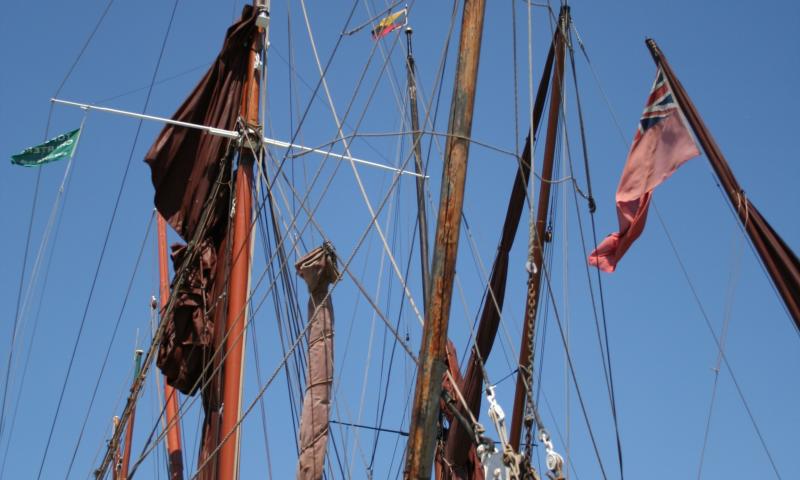 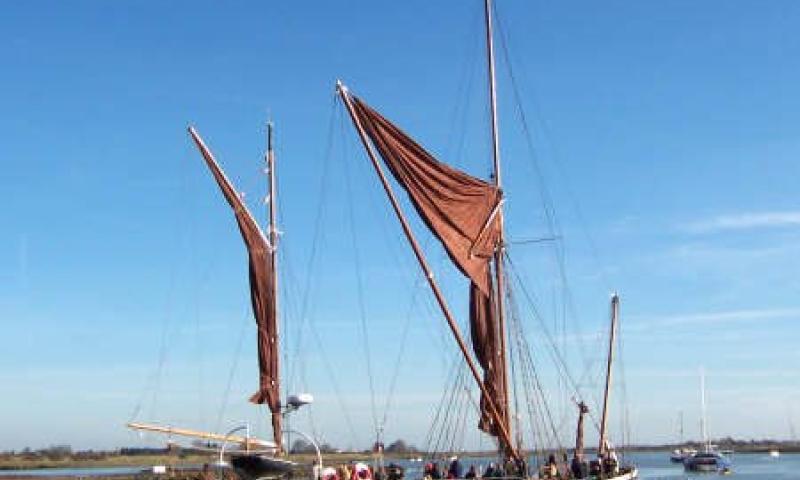 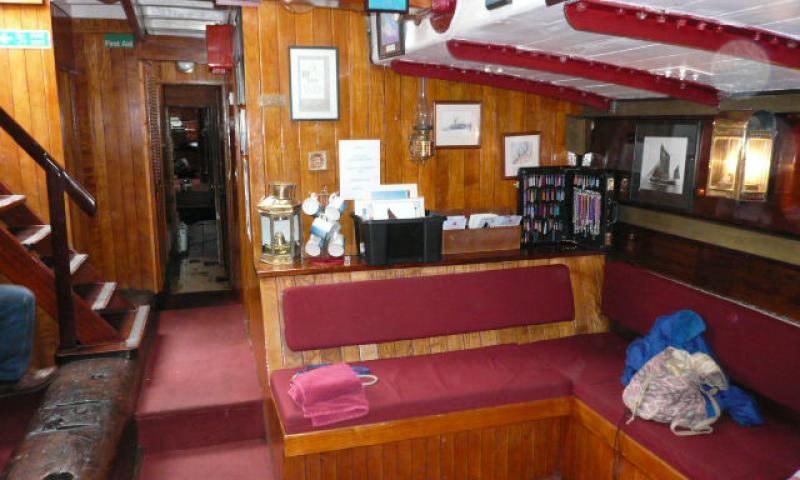 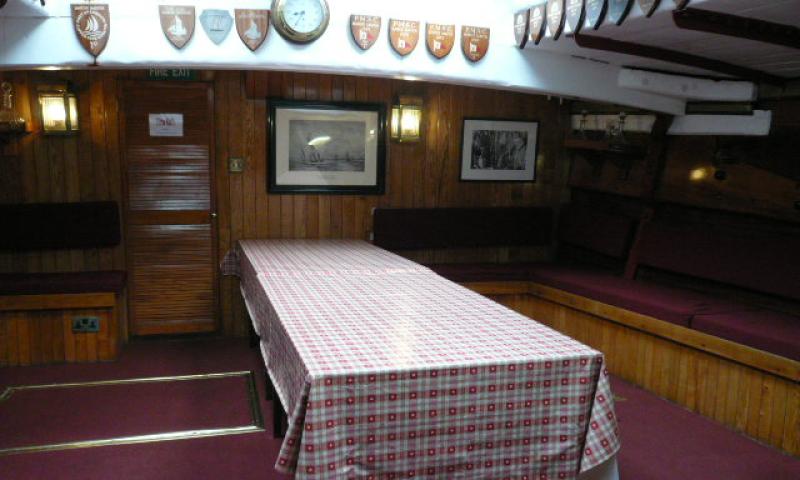 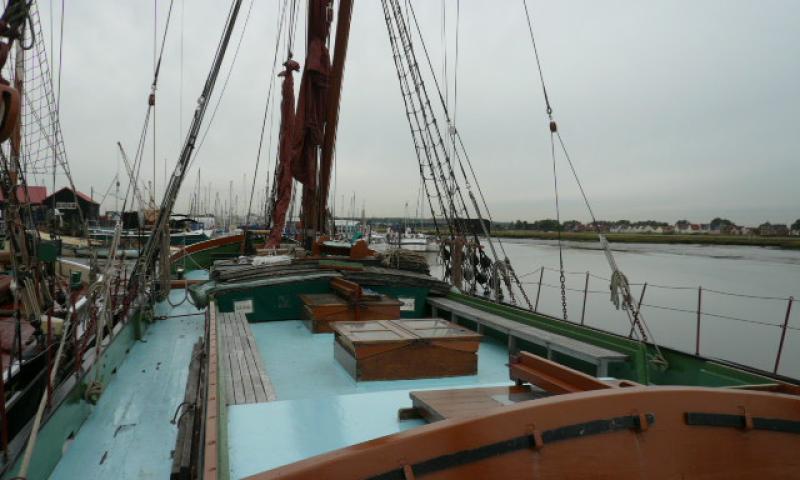 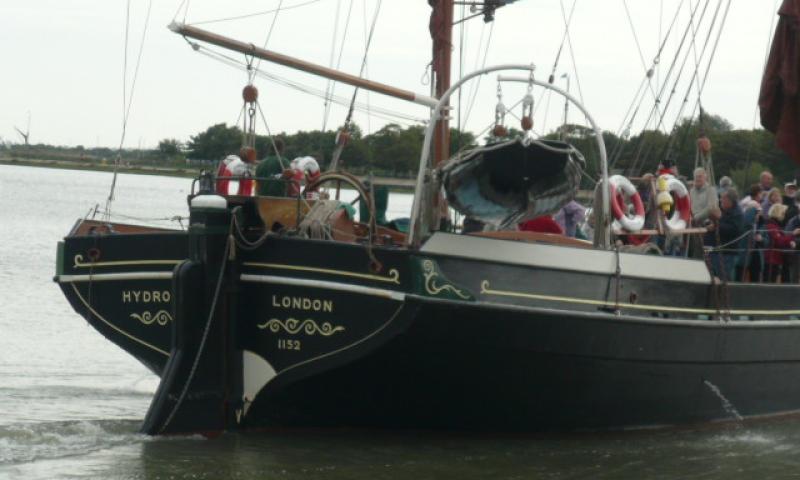 Built of pitch pine on oak in 1906 by John Gill & Sons of Rochester, HYDROGEN was a large boomie (gaff ketch) rigged coasting barge capable of carrying 200 tons of cargo. Her owners were Burt, Boulton and Heywood, chemical manufacturers of Silvertown, and she was one of three similar barges built for them by Gills: Carbon, Oxygen and the last of the trio, HYDROGEN, all named after the elements that make up oil.

Launched on 9 May 1906, she was built with tanks to carry tar, creosote and oil from the Thames and Medway to Grangemouth on the Firth of Forth, and could take over 200 tons. George Dines, of Grays, was her first skipper. In 1912 her tanks were removed and she was sold to George Andrews (and Arthur Coward as a minority share-owner), of Sittingbourne, and used for general cargo trade, mainly cement to the Humber and coal back to the Thames and Medway.

Arthur Coward, a respected racing skipper, became her master, a position he held for 20 years. HYDROGEN was converted to spritsail rig, which could be handled by a smaller crew, and continued to trade to the Humber, as well as further afield to Cornwall, the north-east, and the near continent. Arthur Coward drove the barge hard and carried a gilded cockerel at HYDROGEN's masthead. This annoyed the other skippers who told him to ‘take that thing down’. Coward said he would when anyone managed to beat his record in 1921 of 24 hours from Spurn Head to Milton Creek, Kent, but no-one did!

Coward retired in 1932 and Bill Gorf replaced him as skipper and part-owner. Since 1912 HYDROGEN had been owned under the share system by various co-owners including Alfred Sulley, and this continued until 1978, the barge remaining in coastal trade throughout this time. In 1941 she was requisitioned for war service on the Clyde. An engine was fitted at Sittingbourne and on arrival at Greenock her sailing gear was removed and put into storage. She worked as a motor barge taking cargo from ships in the sea locks into the Glasgow docks. Returning to commercial service after the war, she was refitted on the Clyde and worked as an auxiliary barge on the east coast, and from 1948 as a motor barge (her current engine dates from 1968). She carried cargo until 1976. In June 1978 she was sold to Arthur Bell & Sons Ltd and was re-rigged as a mulie at Cook’s yard in Maldon. Her hold was converted to resemble a Victorian pub, with a bar running down the length of her keelson. She regularly sailed around the UK promoting Bells Whisky and became a well-known visitor entertaining guests at many ports.

In the late 80s she was laid up at Burnham, but continued to be maintained: in 1990 her owners became United Distillers plc. In 1992 HYDROGEN was bought by Active Lease Ltd, of Maldon, and later the Blackwater Barge Co Ltd, of Maldon, and has been progressively restored by them.

HYDROGEN is now owned by Topsail Charters of Maldon, Essex.