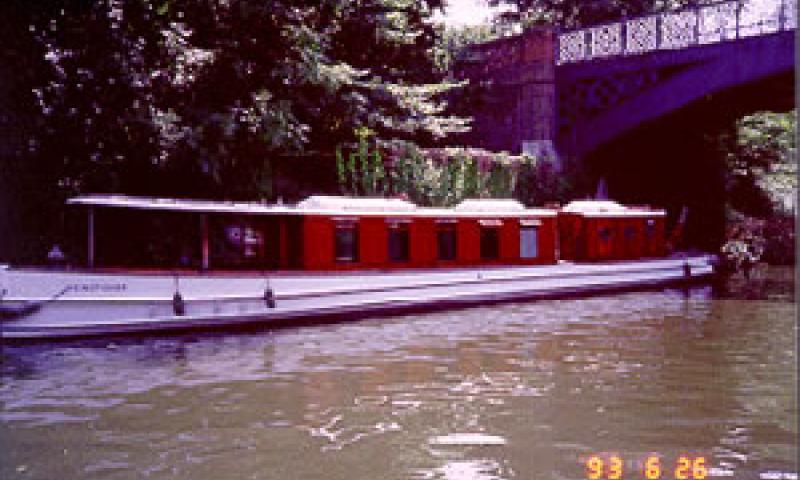 KINGFISHER was the last canal inspection launch built in this country in 1928 and is one of only four remaining (three afloat). She was used extensively by the Directors of the Grand Junction Canal Co in the 1930s and 1940s and was transferred to British Waterways in 1950. Used by then sporadically, she was eventually left idle and neglected until 1970 when she was sold into private hands and extensively restored. Her current engine is a Kelvin P4R, 4 cy, 20hp, built in 1964.