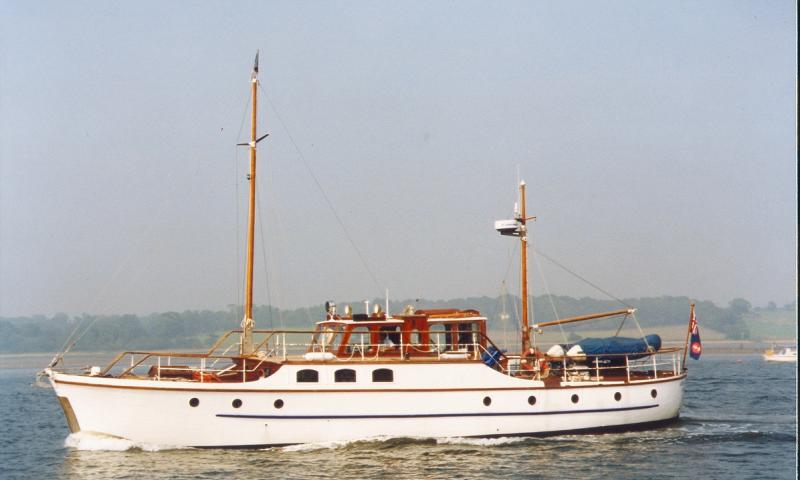 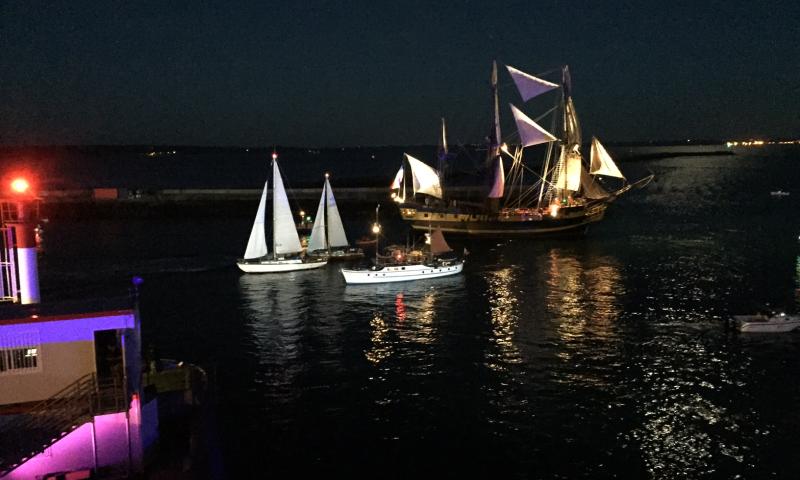 ARDEOLA is a motor yacht built by James Silver at Rosneath in 1935. She was designed by John Bain as one of the Brown Owl II Class.  John Bain was particularly proud of his Brown Owl class, with its sleek double-ended hull - 42 feet LOA in 1929 stretching to 65 feet by 1939 - his design philosophy was to produce superb, seaworth, cruising yachts.  It is likely that his hull lines were influenced by the Scottish herring drifters of the day.  The distinctive raised centre deck with three saloon windows were characteristic of the later Brown Owls.

Hulls and decks were built of pitch pine or teak and ARDEOLA's are all teak, the hull being carvel built.  She has a pointed bow and a raked steam with a cruiser stern.  John Bain insisted upon long, heavy engine bearers extending forward to support fuel and water tanks, as well as the engines, to damp vibration and spread load.  His so-called anti-rolling, fixed stabilising fins were fitted to ARDEOLA in the late 1960s.  She was originally fitted with twin 6 cylinder Parsons petrol engines of some 50hp which gave her a trial speed of 9 knots and she was subsequently fitted with twin 4 cylinder Cummins diesels of 65hp, although still fitted with the original Vickers hand-hydraulic steering.

Launched as 'Sunflower II', she took the Gold medal in her class at the prestigious annual International Cruise to Brussels in 1935.  Taken up by the Royal Navy during the Second World War she served humbly in Scapa Flow as a work and mail boat.  Then, in 1946, she was acquired by Arthur Brown, a fastidious Clyde yachtsmen, and extensively re-built by Fairlie's Yard, also in Rosneath, notably extending the wheelhouse, renewing all deck hatches and her hand teak rails.

After 15 years in the Brown family, ARDEOLA was next owned by Hughie (Opportunity Knocks) Green between 1963 and 1964, re-engined and refurbished, fitted with an early Decca radar and cruised extensively.

Sold to Belgium, she was found by her current owner in 1996, in a tired state, being thus only the fourth post-war owner.  ARDEOLA is now extensively restored to John Bain's exacting standards as an efficient, seaworthy cruising motor yacht and has cruised the East coast of England, the South West, West coast of Scotland and latterly Brittany.