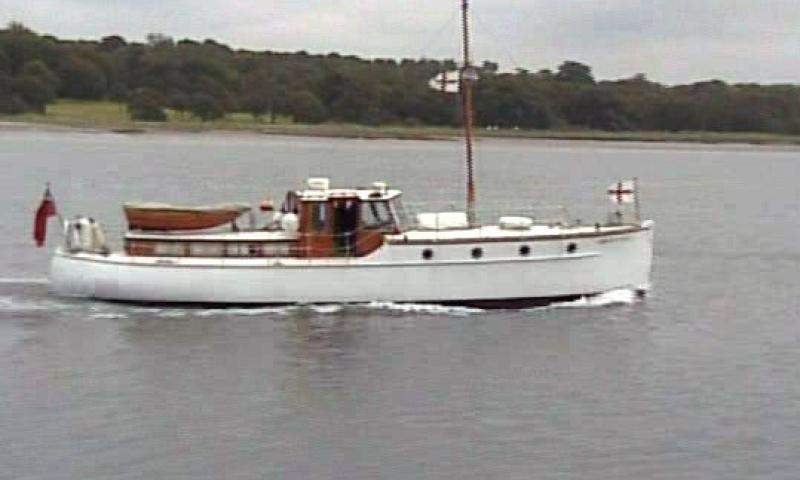 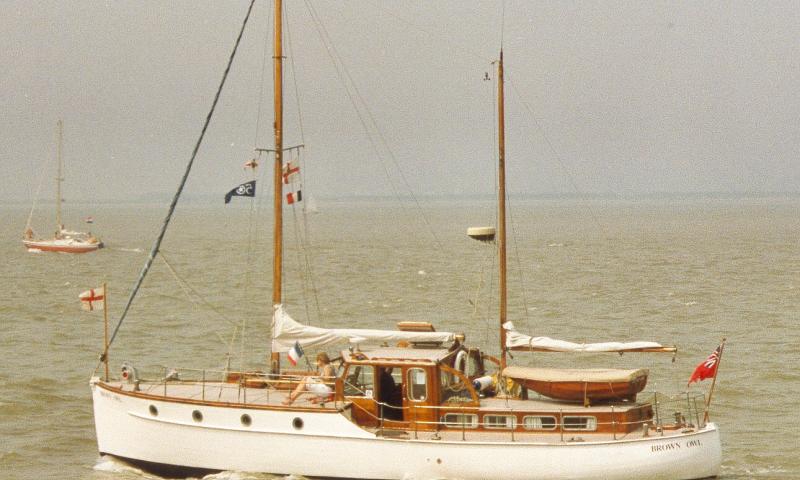 Built in 1928 by J. A. Silver at Rosneath, BROWN OWL is an auxilliary ketch. Her hull is carvel built of oak frames and pitch pine planking and her current engine is an inboard diesel made by Lister, 40 hp fitted in 1999. She was the first of a class of yachts named after her and the design was very popular. She was requisitioned for service in World War II and participated in the Dunkirk evacuations. Later she returned to Scotland and was reported to be part of the River Clyde Small Boat Pool. Dame Vera Laughton-Matthews, Commandant of the WRENS, bought her from the Admiralty in 1948. There have been other changes in ownership since and the following name changes: BROWN OWL 1928, BRISK 1930, WAIRWAKIE 1932, VIVANTI 1945-1991. In 1991 she reverted to her original name of BROWN OWL. Her present owner keeps her in Ramsgate and she attends the annual Association of Dunkirk Little Ships reunions in Dunkirk.