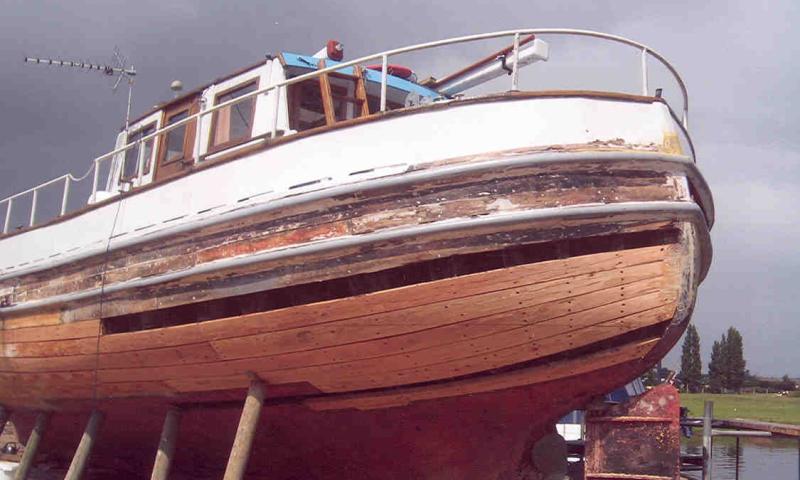 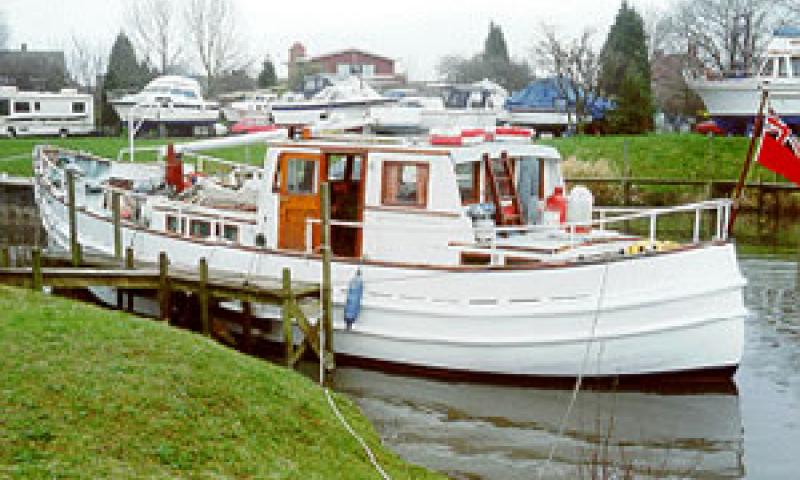 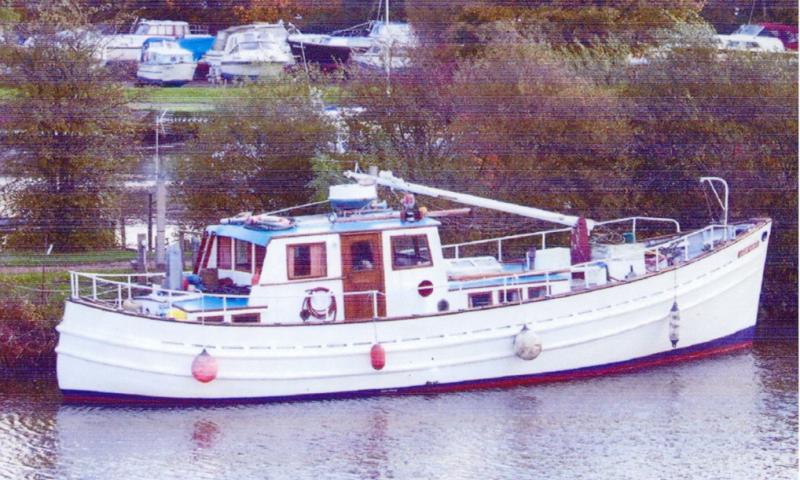 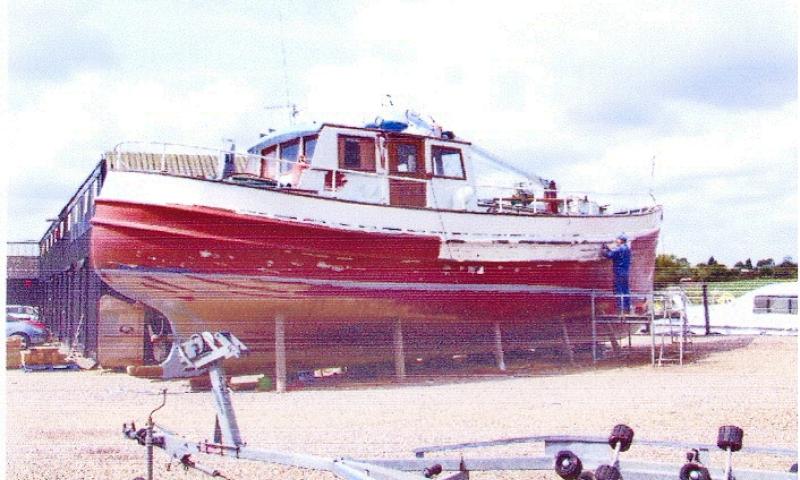 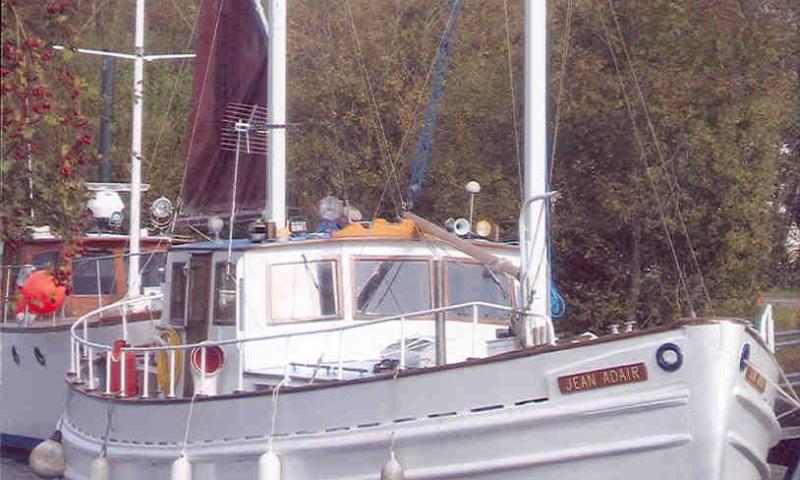 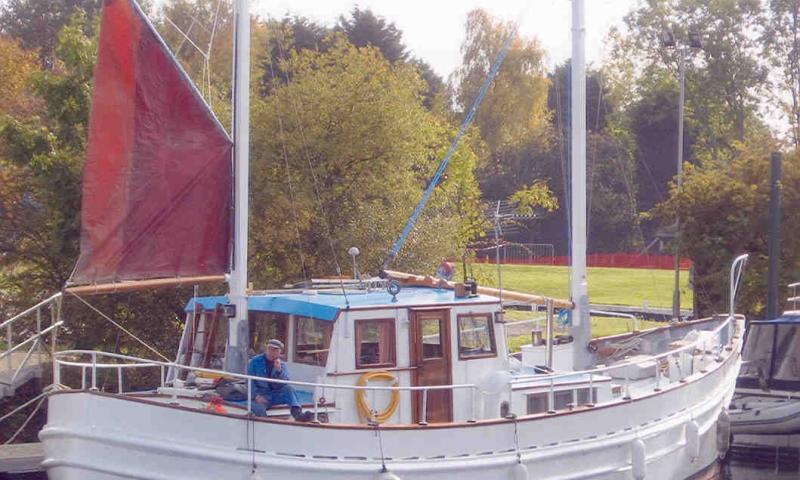 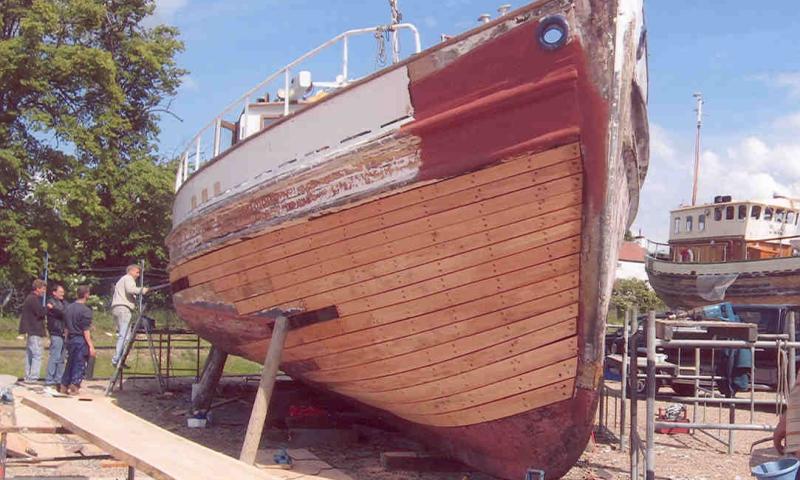 JEAN ADAIR was built as a fishing vessel by A. Palmer of Portavogie in 1949 and named after the daughter of her original owner, Fred Adair. She operated as a fishing boat until 1960 when she was sold and, two years later, converted to private use in Malahide. Her hold was decked over and the accommodation was increased. She had various different owners in the next decade and then, in 1973, a fire onboard caused damage so she had to have new decks and her topsides and wheelhouse re-built. The current owner bought her in 1976 and used her for fishing and diving at Poole. In 1979, she was moved to the River Trent and became a houseboat. The topsides were re-designed and re-built in 1982 and a new deck completed in 1995. Her hull timbers have been maintained and some replaced by E. Leggett of Grimsby. She has since been used as advertising for several marine companies. Her hull is carvel built with oak frames and larch planking fastened with iron nails. She has a cruiser stern, and a bluff bow with raked straight stem. Her two timber masts are rigged with lug sails. The current engine is a Foden FD6 marine diesel, with six cylinders and 128 bhp, made in 1962. 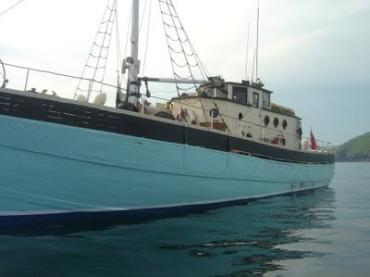