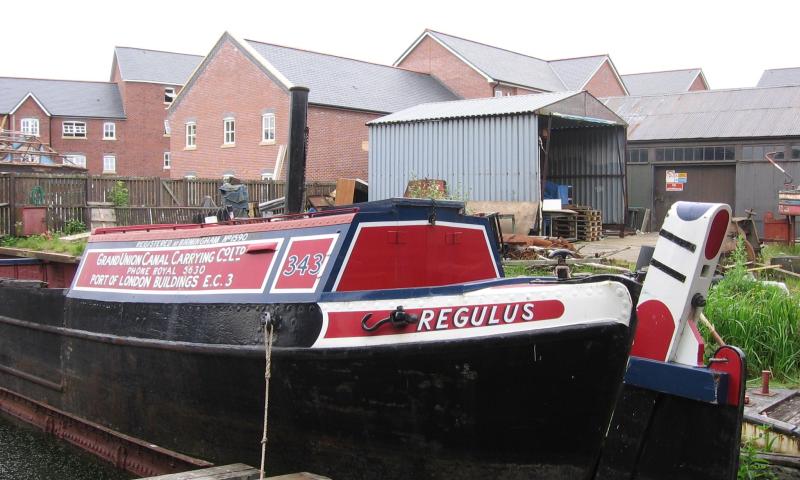 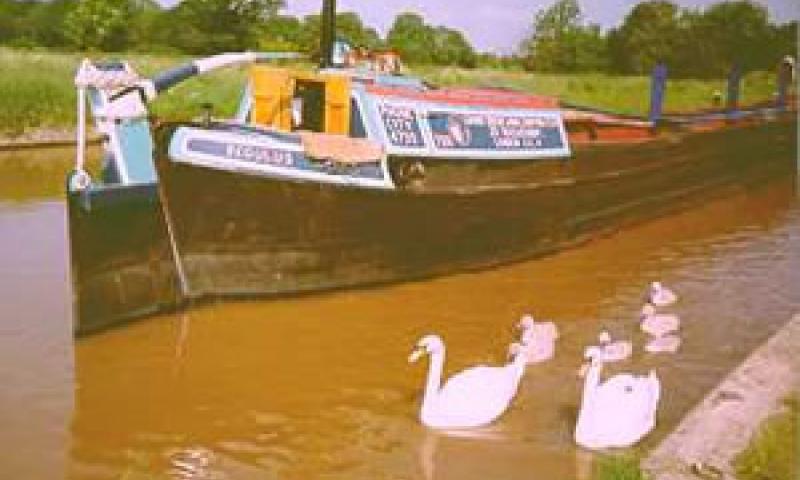 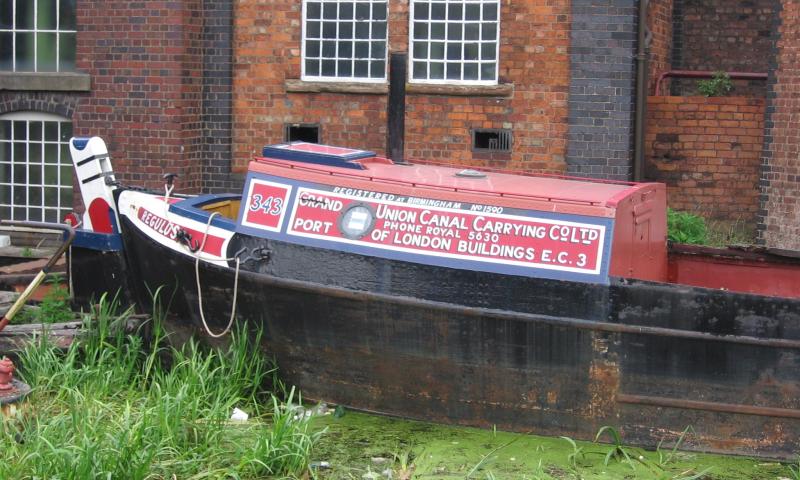 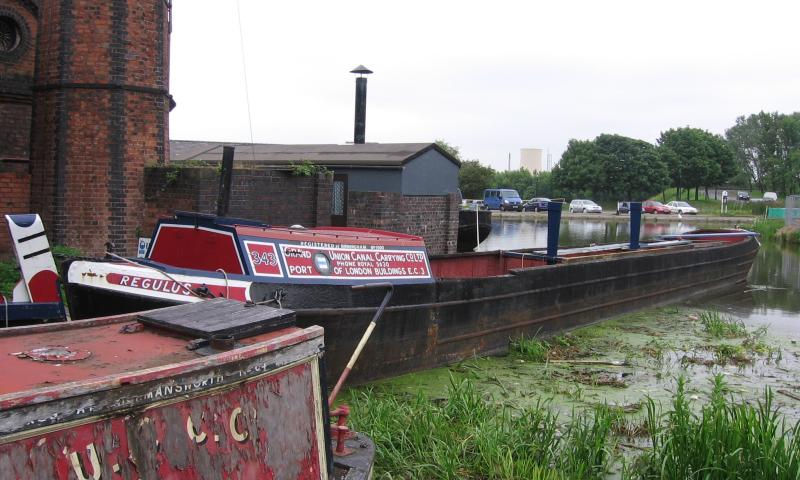 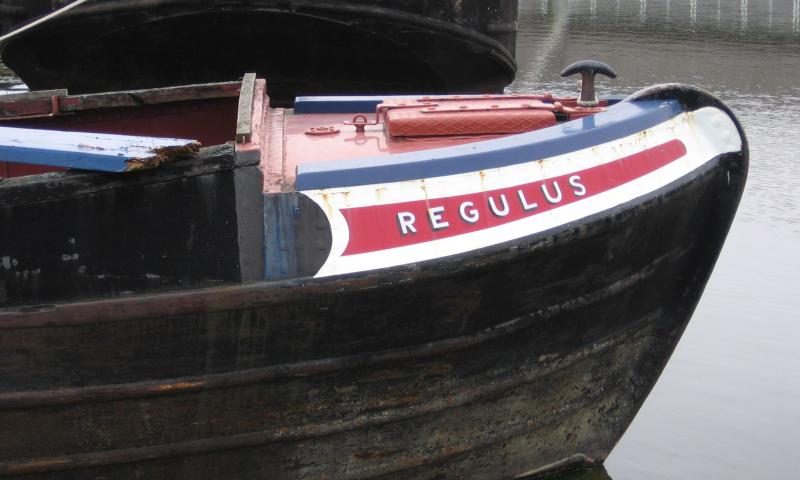 REGULUS is a narrowboat butty, built by W.H. Yarwood & Sons of Northwich and registered at Birmingham as number 1590. Her fleet number was 79b and her gauging number was 12483. She was launched on 14 November 1935 and was commissioned by the Grand Union Canal Carrying Company Ltd. (GUCCCL). REGULUS was paired with various motors including READING, HALSALL, and SEAFORD. She worked as a maintenance boat in the early 1940s and was transferred to British Waterways with the advent of nationalisation in 1948. She became a work boat on the River Avon and was restored in the 1960s. She returned to carrying, paired with RUFFORD, in 1974. The current owners acquired REGULUS in 1991/1992 and she was re-united with her original motor RADIANT in 1994. REGULUS’ hull is constructed of steel plate riveted together. She has a pointed bow with a raked curved stem and a towing mast. She is in good condition, with a new cabin and bottom to exact original specification, including riveting. She is painted in the original 1935 GUCCCL colour scheme. She was featured in a BBC Radio 4 programme, in which she was horse-drawn from Ellesmere Port to London.