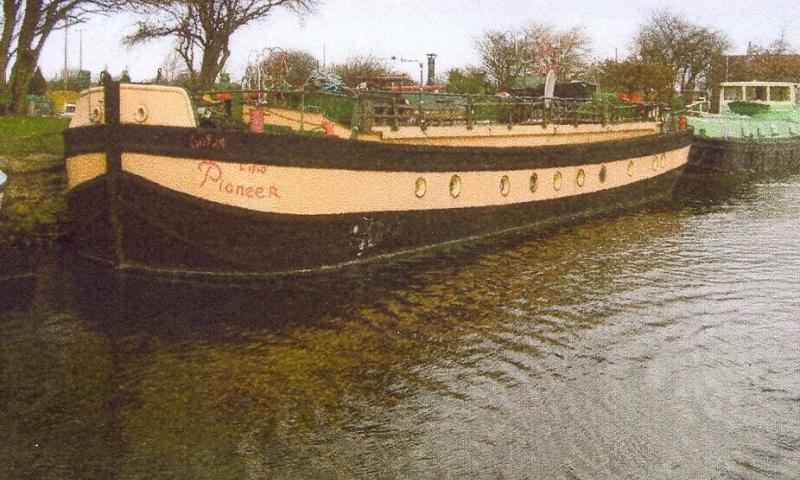 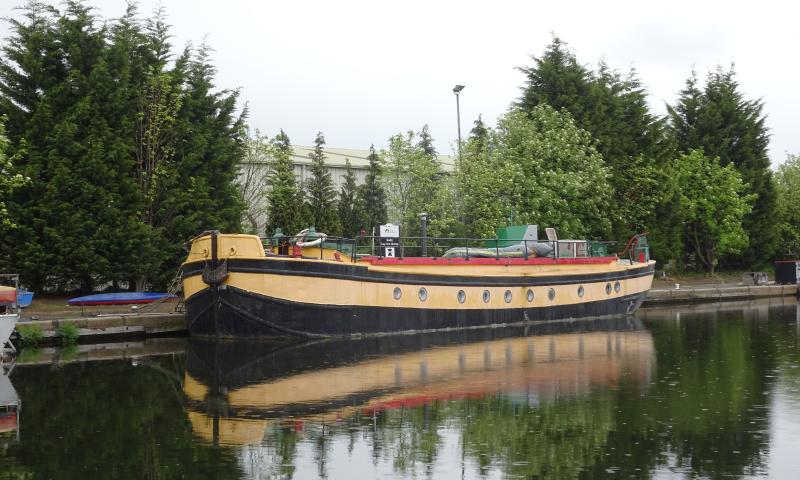 PIONEER was built at Watsons' shipyard on the River Trent, opposite Gainsborough, in 1910. She was commissioned by George Bisby and built to Deane & Dove Canal dimensions. Her hull was constructed of steel. George Bisby had a contract to carry coal from Manvers coal staithe to Gainsborough for the Gainsborough Co-operative Society. After discharging the cargo at Gainsborough, the barges would either sail to Hull and pick up a load for Sheffield, or go up the Trent to take on sand or gravel for such places as Barron's Glasswork at Mexborough. At this time, PIONEER was crewed by Ainley Earnshaw Bisby and his wife and sons. PIONEER underwent restoration and several alterations were made to her. She is the only known barge left of six which were built for the Deane & Dove Canal. 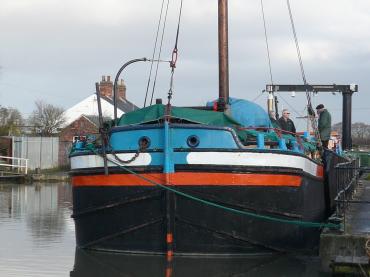