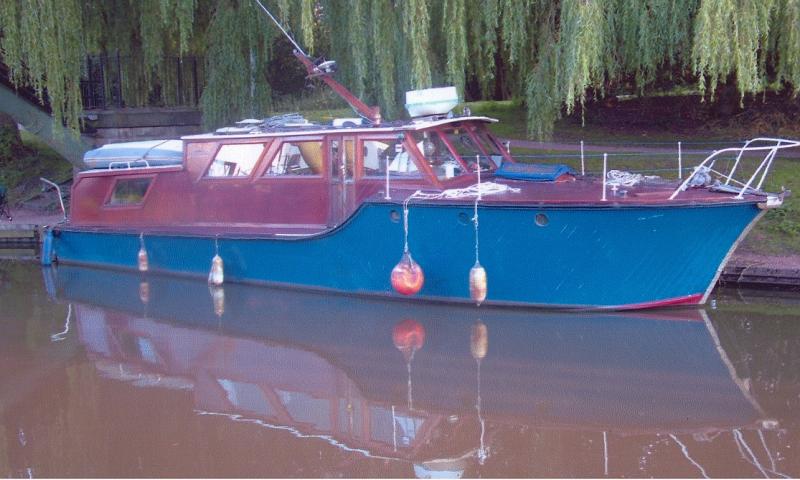 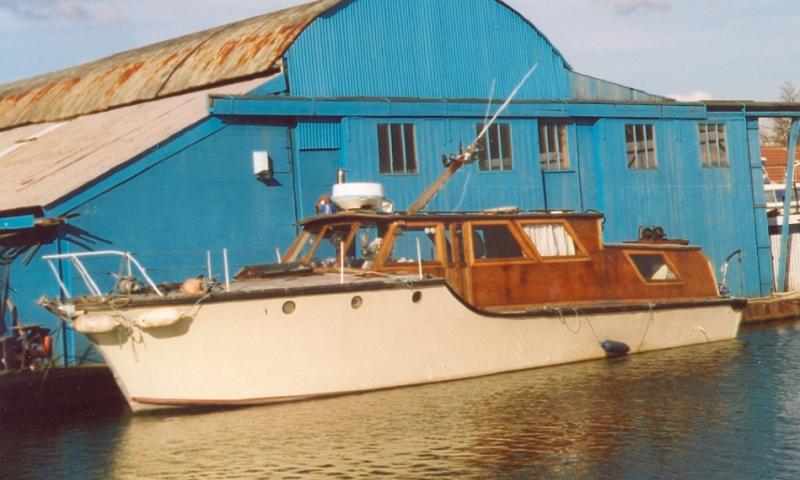 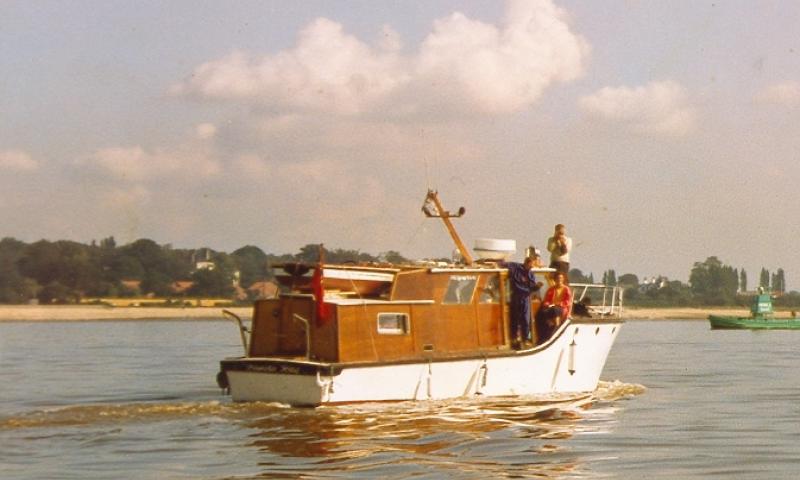 FRIENDS FOLLY was built in 1945 by the British Power Boat Company, based in Hythe. She is one of the River Class General Launches built for the Royal Army Service Corps and operated by Coastal Command.  Internet reference suggests her previous name was BEAM.

The hulls of the River class FLs were of double diagonal construction from African Mahogany. The frames were Spruce and Canadian Rock Elm.   The hulls were built up of a framework which itself which gave a rigid structure without the skin, thus gaining maximum strength for minimum weight. The boats were of jigged construction, and this type of construction also made later repairs very easy.  The River class construction comprised 5 main compartments divided by 4 watertight bulkheads. The five compartments were the fore peak, the forward accommodation (mess) with the central accommodation (cabin) and wheelhouse and well deck, the engine room and aft cockpit and lastly the aft peak. 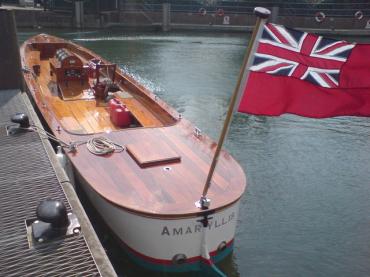 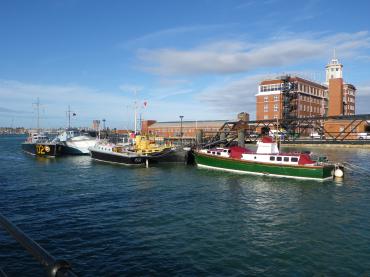 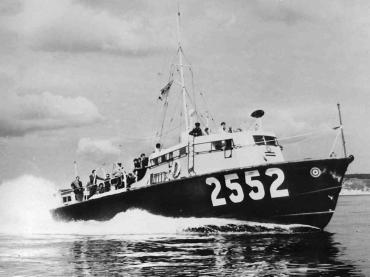 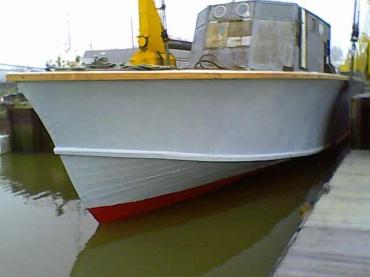