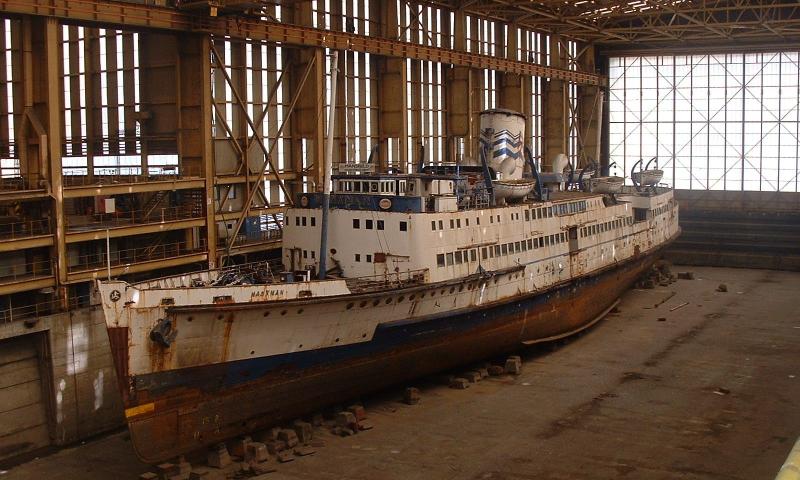 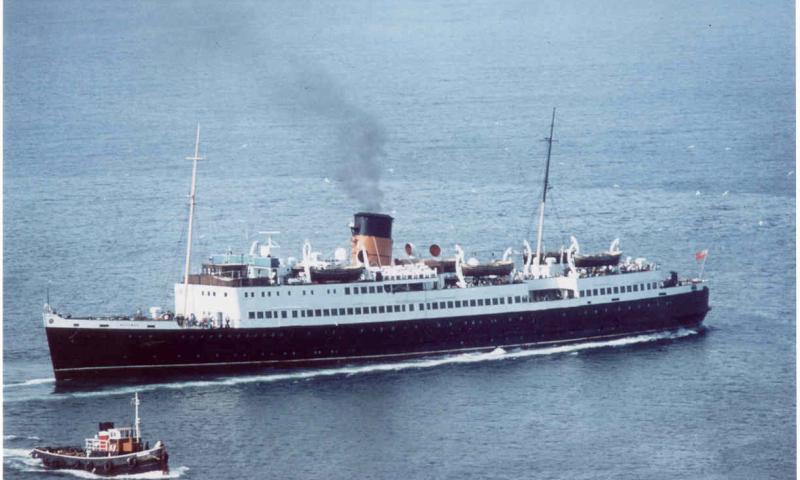 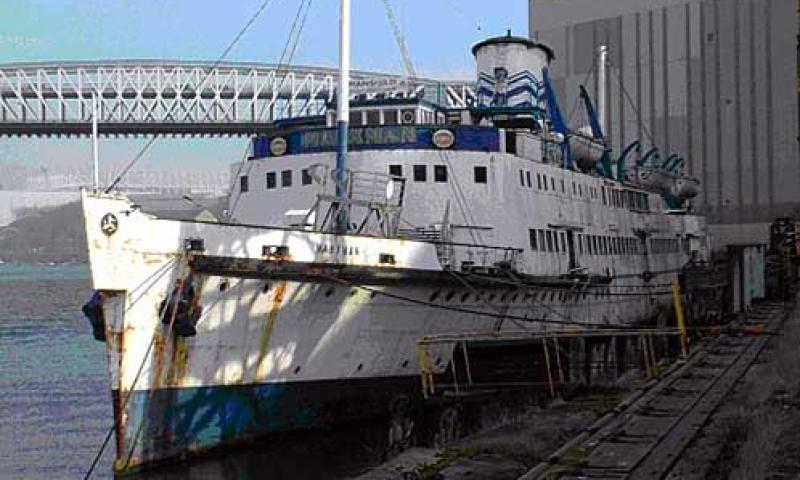 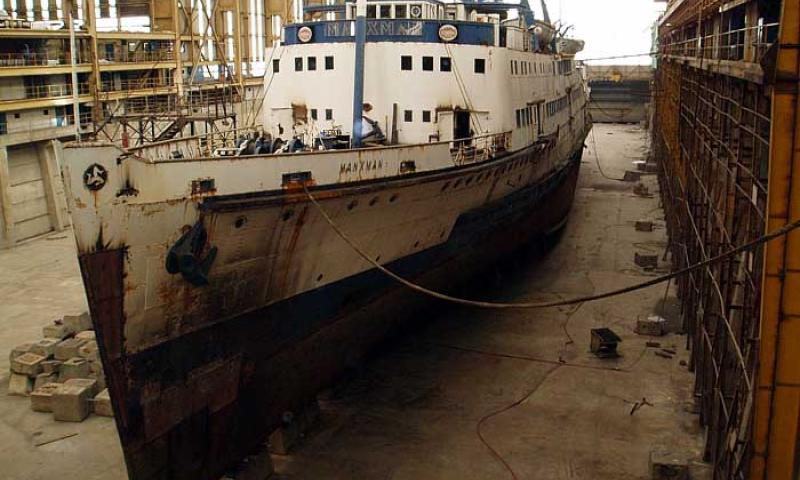 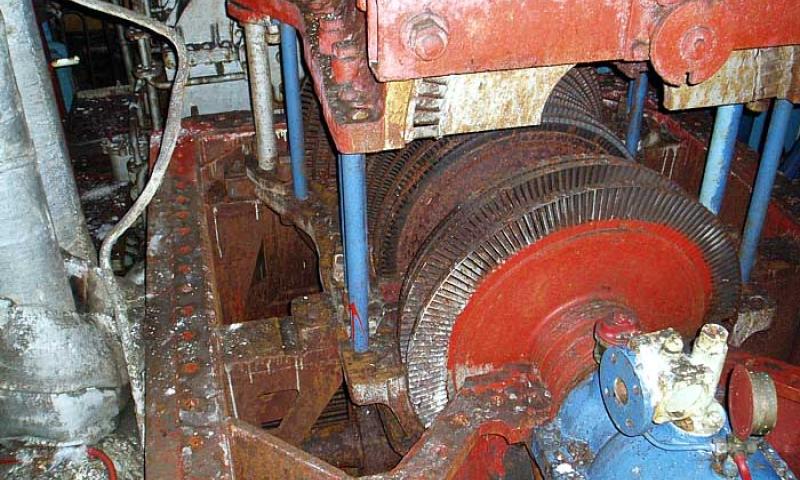 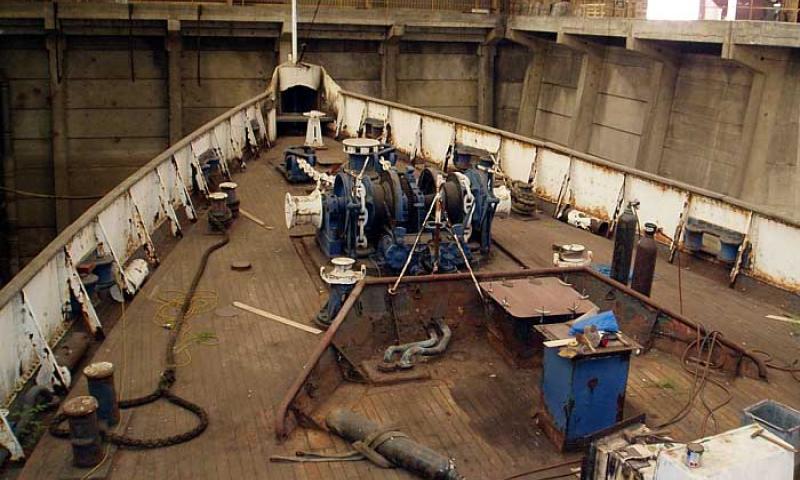 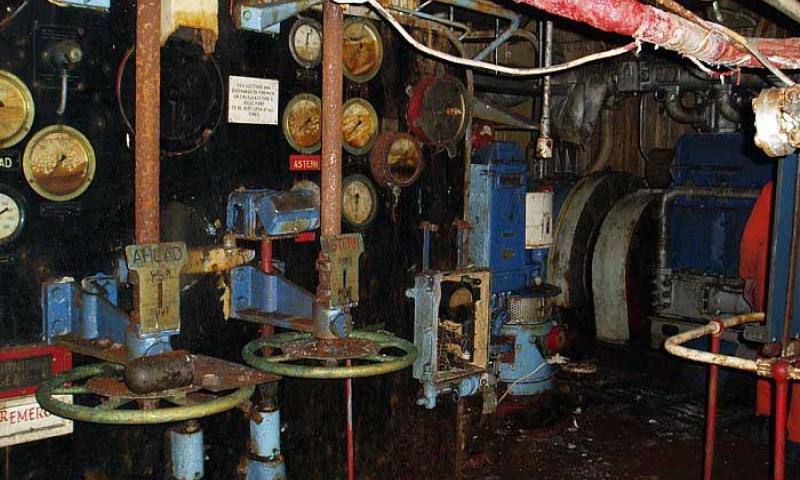 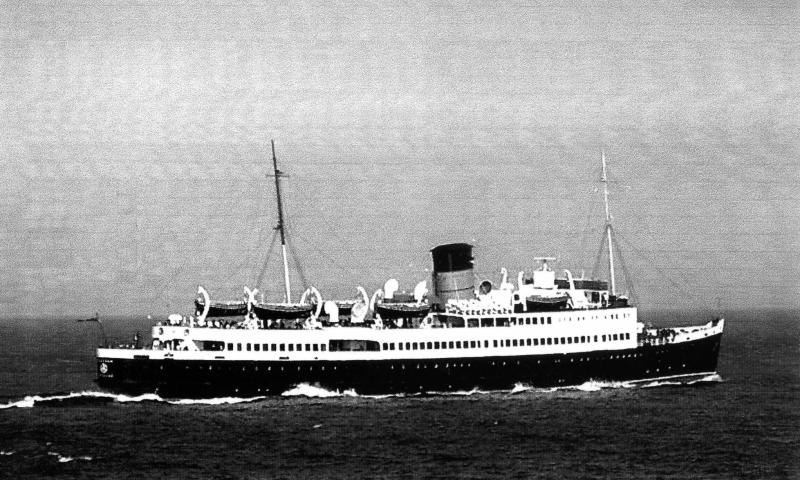 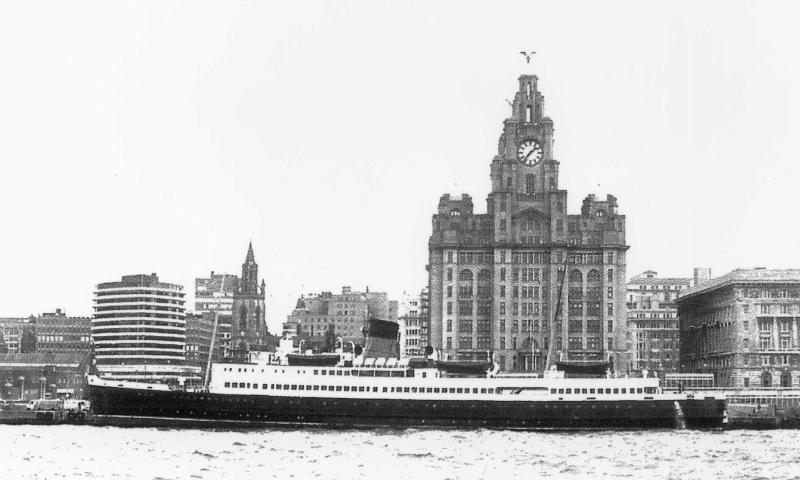 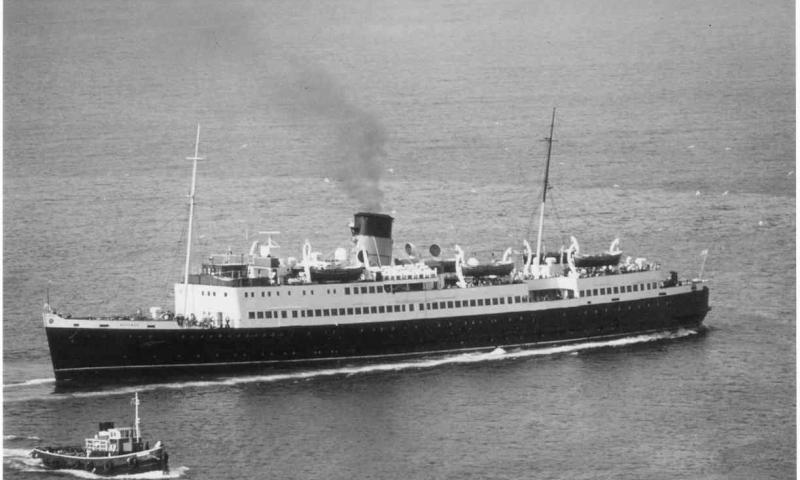 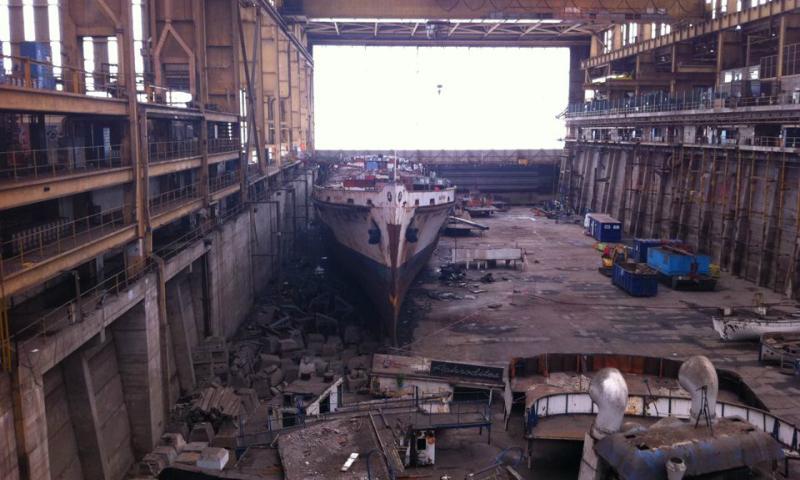 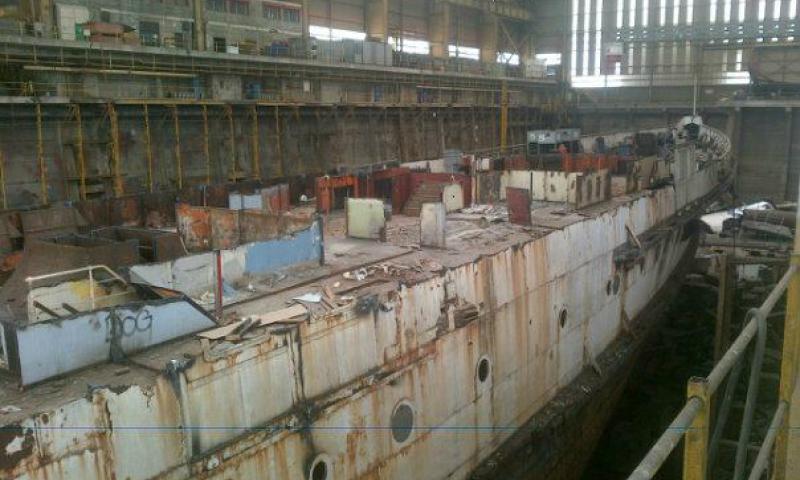 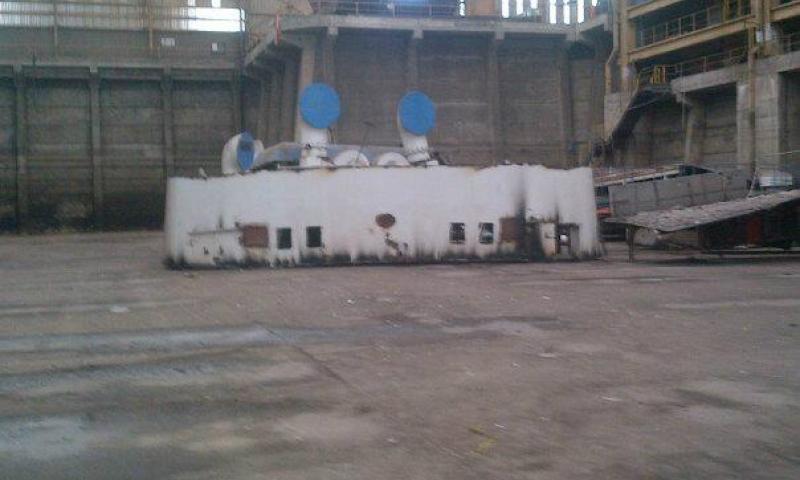 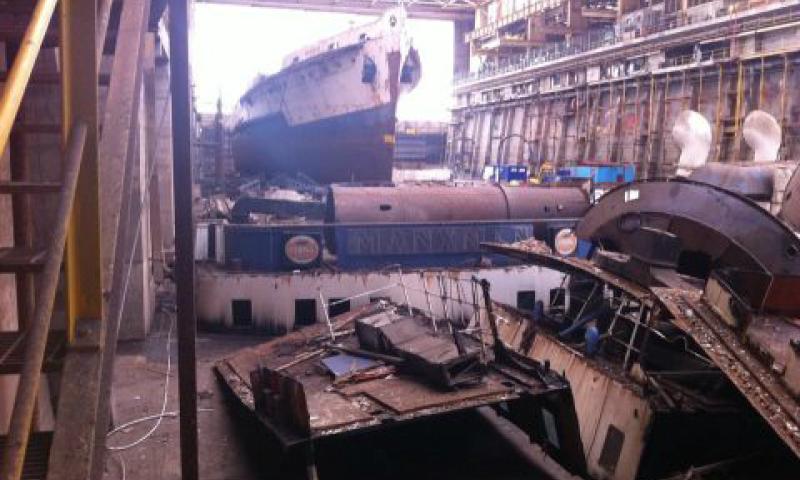 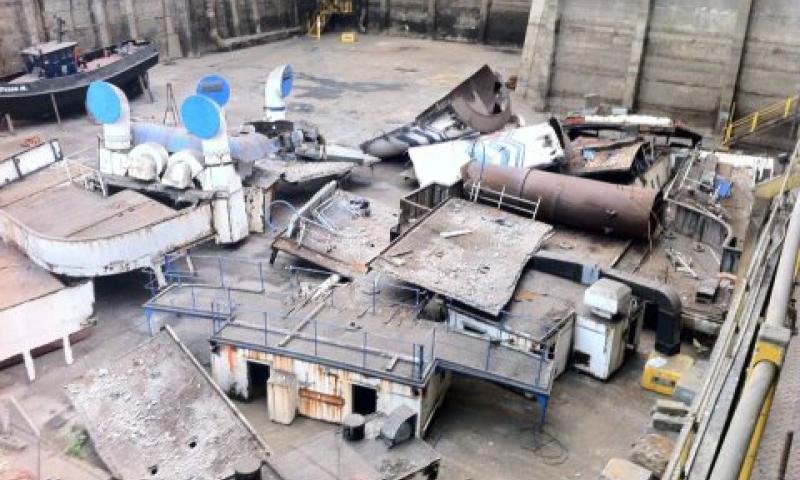 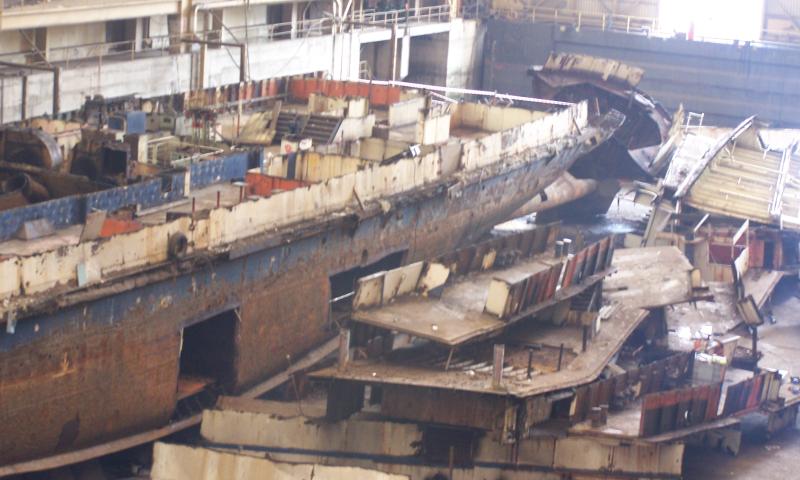 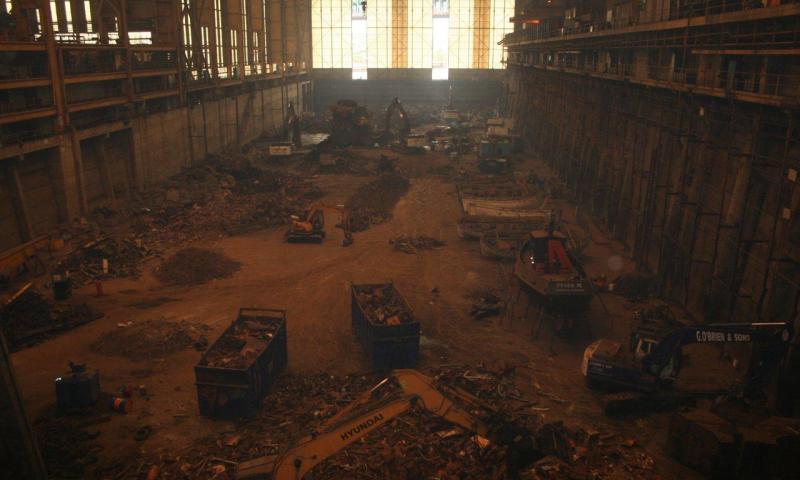 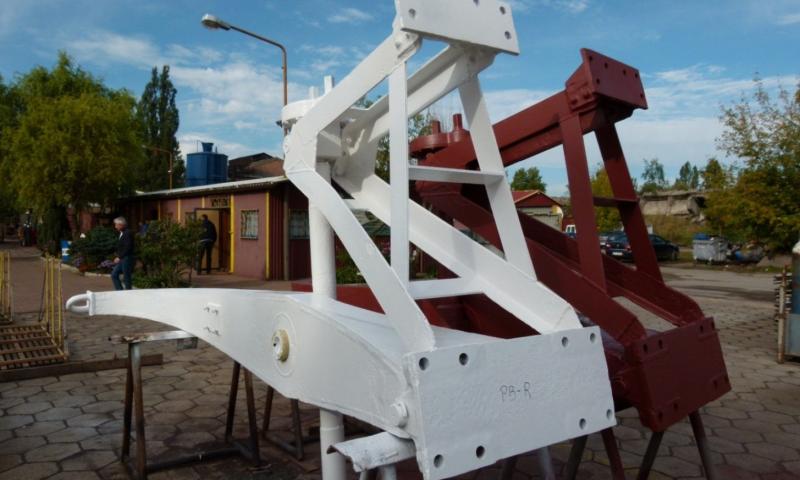 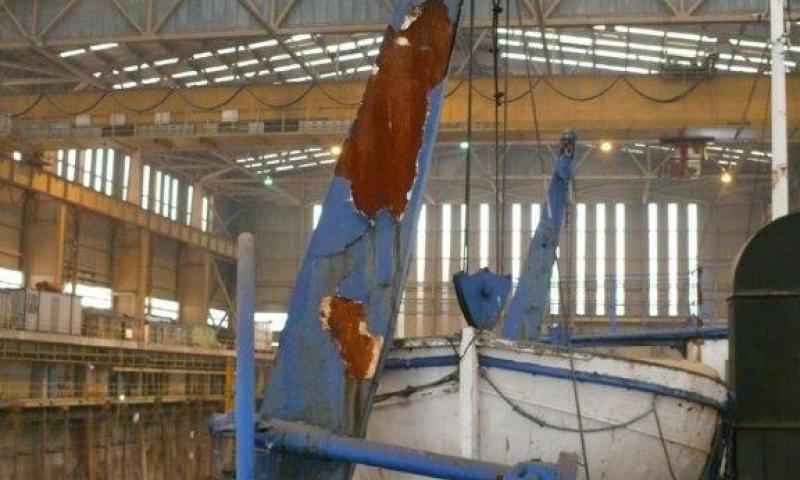 MANXMAN was built as an Irish Sea Ferry and operated by the Isle of Man Steam Packet Company between 1955 and 1982. She was launched from Cammell Laird on 8 February and trials took place on the Clyde on 12 May, when she reached 21.95 knots. Her maiden voyage was from Douglas to Liverpool on the 21 May.

Along with the KING ORRY, she became the winter steamer until the advent of the second car ferry BEN-MY-CHREE in 1966. She was operated all year round and was renowned for her reliability and sea keeping abilities.

She was sold out of service in 1982 and, for about 10 years, remained essentially in original form. She became a nightclub in 1991. In 1997, a fire broke out in what was traditionally the 3rd class ladies lounge and destroyed the original wood panelling.

In 1997, MANXMAN arrived in Sunderland, but as she was proceeding up the River Wear her foremast struck the Wearmouth Bridge and bent back at an angle of 45 degrees.

MANXMAN was the final vessel in the series of 8 similar ships and the only survivor. She typified the ultimate version of the short sea ferry prior to introduction of the RO-RO. As such, she represents the long history of Irish Sea ferries upon which the port of Liverpool was established. Her design, layout and overall appearance are similar to many of the passenger liners of that era, she is a 50% scale model. She is historically important to Merseyside and the north west in particular because at the time of her building the Isle of Man was a major holiday destination for families from the area. They all travelled on MANXMAN or her sisters. Not only was she built on the Mersey, but also most of the maintenance, dry docking and overhauls were carried out in this area. MANXMAN has also been used in such films as ‘Titanic’, ‘Chariots of Fire’, ‘The Missionary’ and ‘Yenti’.

From the time of MANXMAN's withdrawal from service in 1982 a number of organisations emerged seeking to save and restore this fine ship, most significantly being the Manxman Steamship Company. In 2003 the Heritage Lottery Fund awarded a planning grant of £18,000 which supported the commissioning of a number of key studies and surveys.

In October 2004 following supportive action from Wirral MBC and North West Shiprepairers Ltd., Mersey Docks and Harbour Company make a conditional offer of a berth at Birkenhead's Tower Quay. In December 2006 the acceptance of a £20,000 funding bid to NWDA enables a full independent sustainability study into the long term financial viability of the project together with an updated ultrasound hull survey which confirmed the potential for her future sustainability as a maritime heritage business venture. In August 2007 following intervention at a very senior level, Peel Holdings Limited advised that they 'considered MANXMAN is not appropriate' for the berth which had been provisionally offered to the Manxman Trust.

In February 2008 after seeking alternativce solutions the Trust sadly concluded that the envisaged project could not be implemented and that they would commence the winding up process.