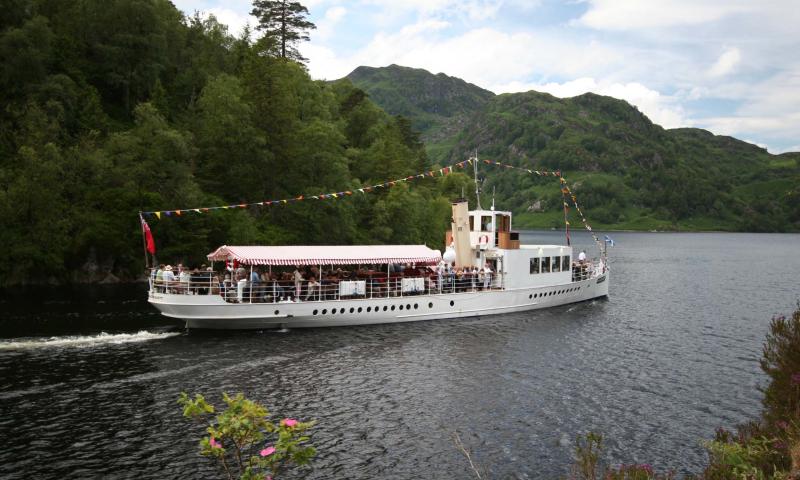 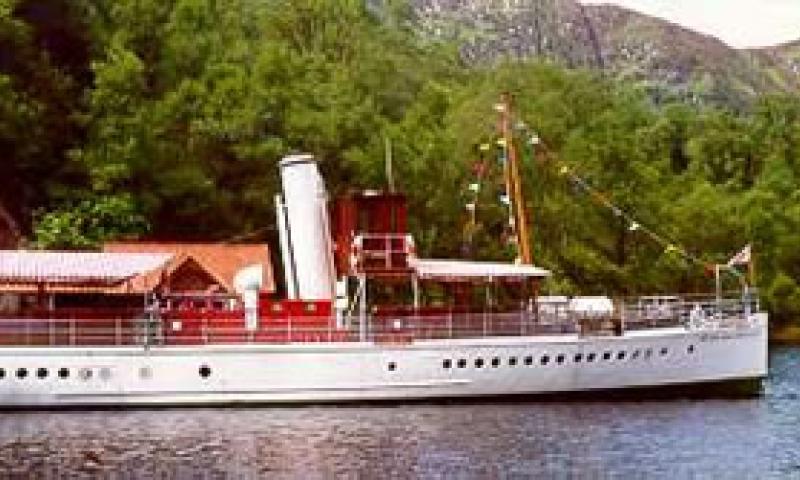 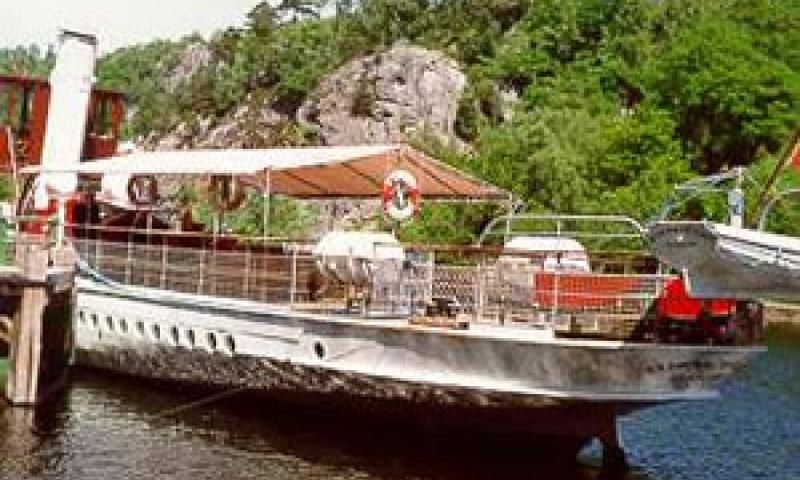 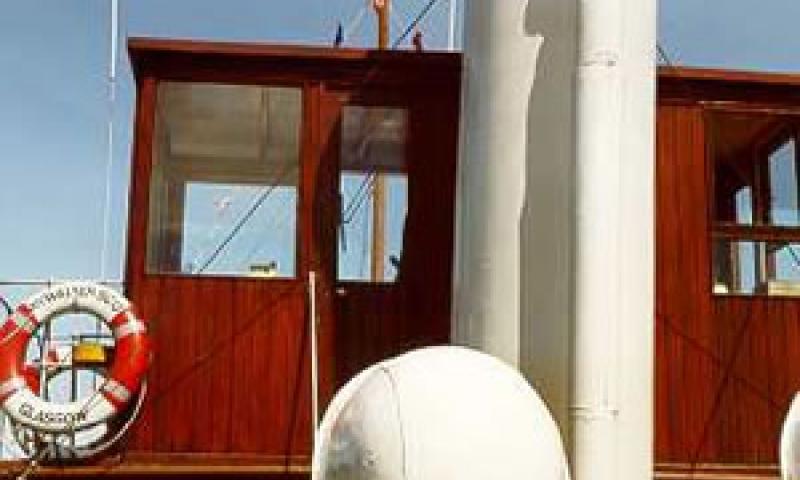 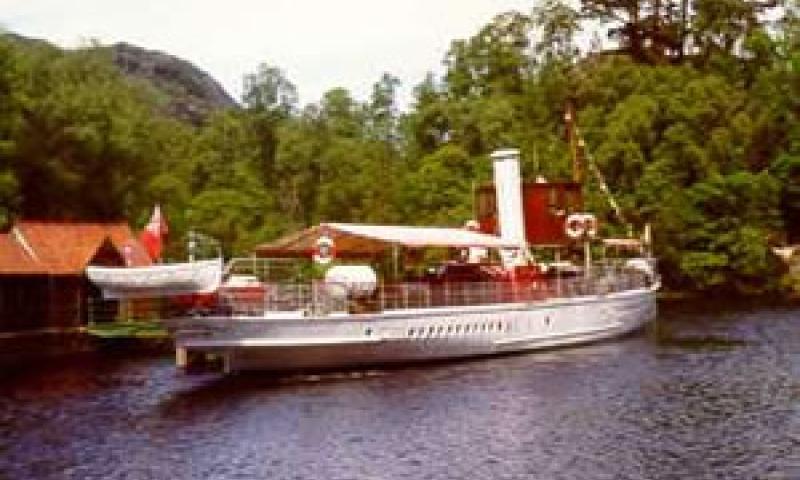 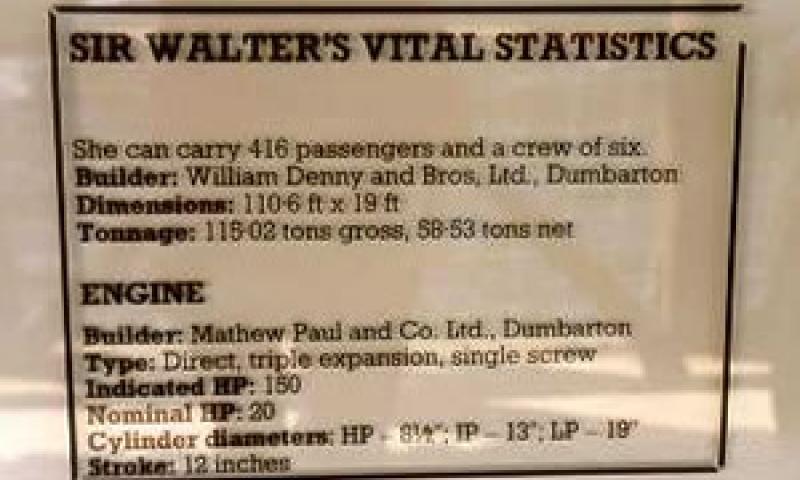 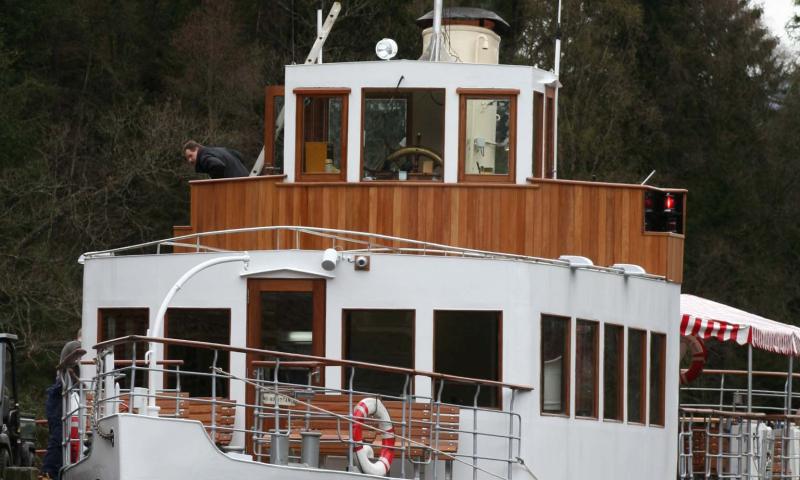 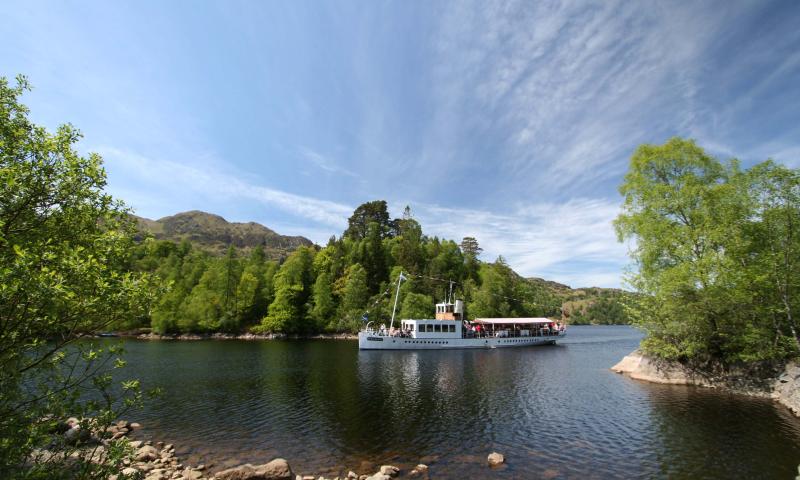 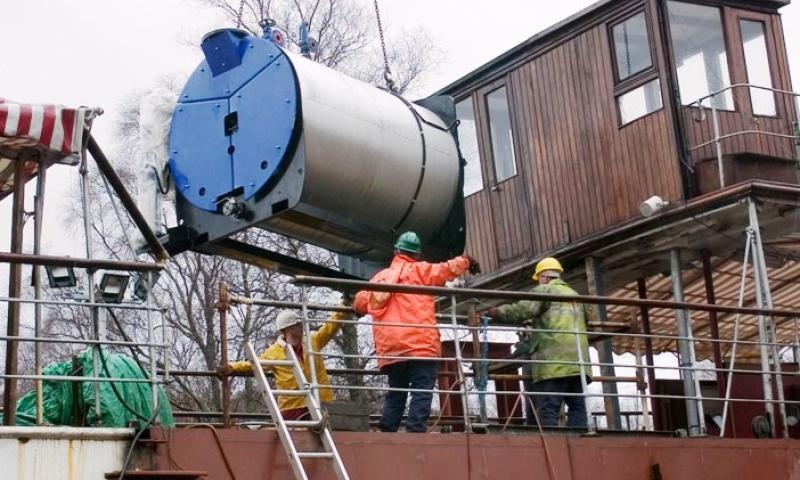 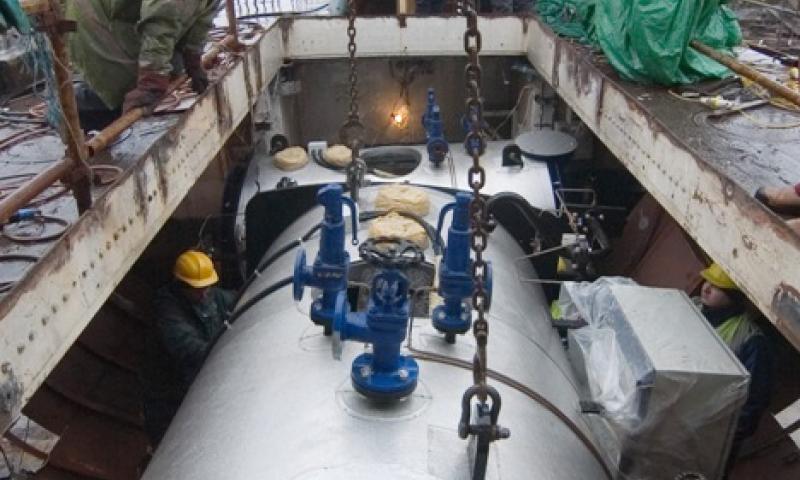 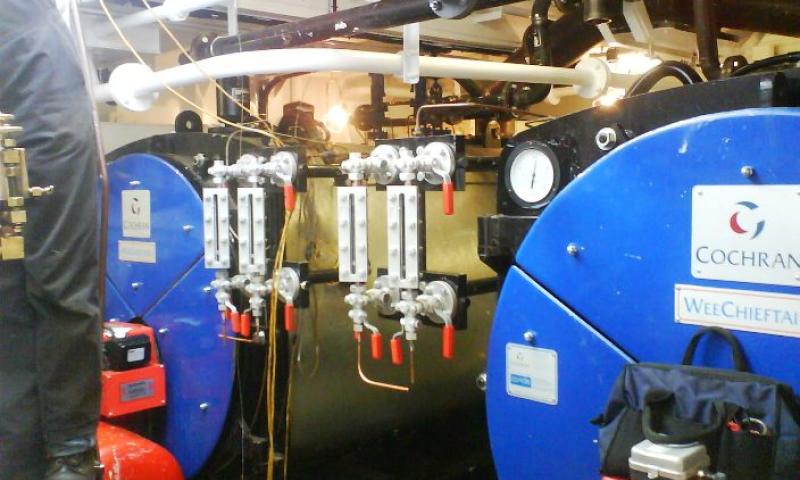 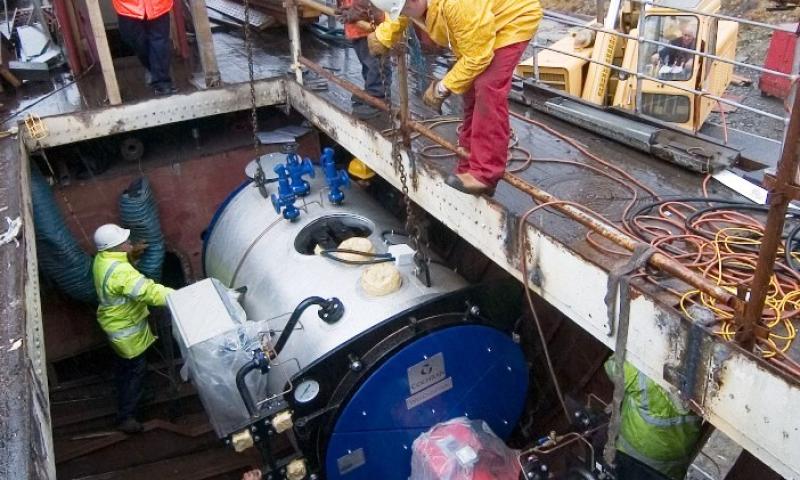 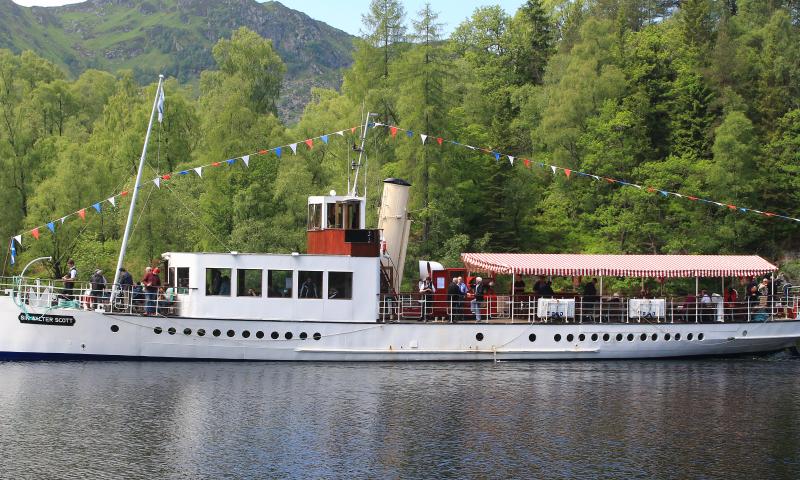 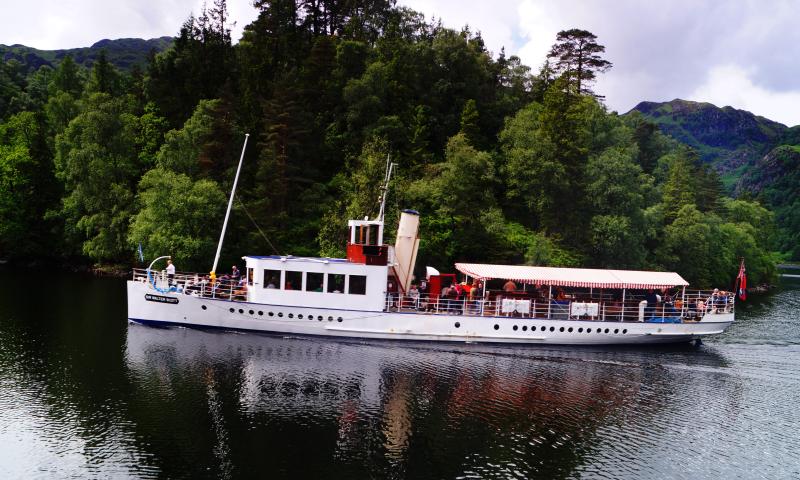 Since 1900, SIR WALTER SCOTT has graced the inland waters of Loch Katrine and still has her original triple-expansion steam engine.  She was ordered from Matthew Paul, Dumbarton, who built the engine and sub-contracted construction of the hull to William Denny Bros Ltd., also of Dumbarton.

The hull was transported in sections by barge up Loch Lomond, and then dragged by horse-drawn cart up from Inversnaid and overland to Stronachlachar on Loch Katrine, where she was reassembled and launched in 1899.

Her first owners were Robert Blair of Hotel Trossacks, Perthshire and Donald Ferguson of the Stonachlachan Hotel, Stirling, (the latter was later bought out by the Duke of Montrose) who formed the Loch Katrine Steamboat Co.  In 1902, the wheel, which had been on deck level forward of the funnel, was raised on a platform to give the helmsman better visibility, and a bridge was later added.  In the late 1940s, a wheelhouse was added.

In December 1952, ownership passed to the Water Department, City of Glasgow Corporation (Loch Katrine being a source of drinking water for Glasgow).  She was re-boilered in 1955 and the square saloon windows were replaced by portholes, which enhanced her appearance.  In 1969, her owners became the Lower Clyde Water Board and her yellow funnel was repainted white.  In 1997, she was re-boilered, and ownership transferred to West of Scotland Water.  From 2002, she was operated by Scottish Water.

In 2005, The Steamship Sir Walter Scott Trust was formed to own, operate and preserve the vessel.  A major conservation and restoration programme was embarked upon, which was staged over several years and involved replacement of about 85 per cent of the steelwork in the hull.  In the winter of 2006-7, a bow thruster was fitted.  Until the end of the 2007 season, she was coal-fired, but the overhaul included the complete renovation of the engine and the installation of two new boilers to run on biofuel from the start of the 2008 season.  In the winter of 2008-9, the superstructure was rebuilt to include an enclosed lounge on the foredeck.  She continues to be a pleasure steamer on Loch Katrine.